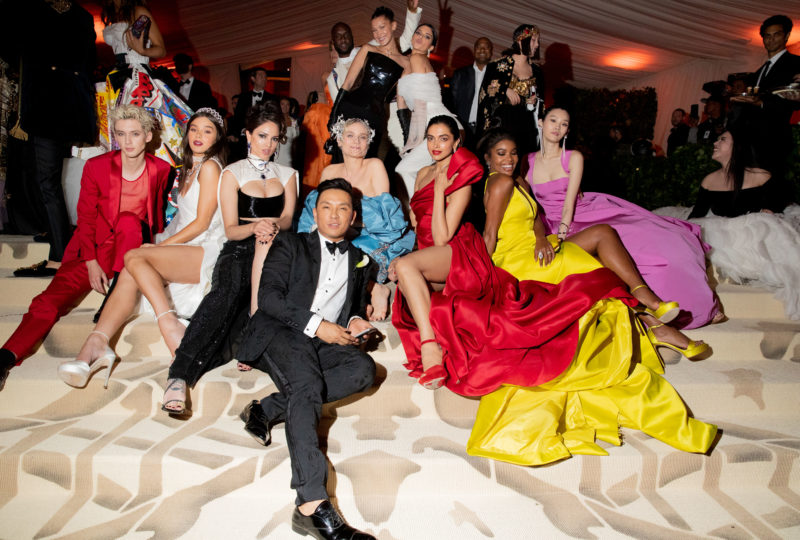 This article was originally published on April 13.

Fashion’s biggest night had to be cancelled last year because of the COVID-19 pandemic, but the 2021 Met Gala is back. And while the show must go on, the star-studded fundraising event will look a bit different than it has in previous years.

Traditionally, the Met Gala is held on the first Monday in May at New York City’s Metropolitan Museum of Art. That’s not the case in 2021, however. Instead, the event will be held in two parts: A smaller, more intimate ceremony will take place on September 13, coinciding with New York Fashion Week, which will hopefully also be able to occur live (instead of completely virtually, as it has in recent seasons) in some capacity. This is all TBD based on evolving public health guidelines.

The 2021 event will be followed up with the 2022 gala returning to its usual first Monday in May spot on the calendar (in this case, May 2, 2022). The two events will be linked thematically.

Every year, the Met ball helps launch a new exhibition at the museum’s Costume Institute, which determines the dress code for the event. (A notable example, for instance, was 2019’s “Camp: Notes on Fashion.”) The 2021 Met Gala takes its theme from “In America: A Lexicon of Fashion,” a new exhibit that will open in the Anna Wintour Costume Center in September. According to a press release, the display will be built around a fictional American house and will feature 20th and 21st century fashion pieces that “reflect the customs and behaviors of the imagined occupants.” Part one is also meant to celebrate the Costume Institute’s 75th anniversary and will “explore a modern vocabulary of American fashion.”

The second exhibition, which will open in May 2022, is called “In America: An Anthology of Fashion,” and will offer a more historic look dating back to 1670. Both shows will run at the Met until September 2022.

“I think that the emphasis on conscious creativity was really consolidated during the pandemic and the social justice movements,” Andrew Bolton, the curator in charge of the Costume Institute, told Vogue about settling on the theme. “And I’ve been really impressed by American designers’ responses to the social and political climate, particularly around issues of body inclusivity and gender fluidity, and I’m just finding their work very, very self-reflective. I really do believe that American fashion is undergoing a Renaissance. I think young designers in particular are at the vanguard of discussions about diversity and inclusion, as well as sustainability and transparency, much more so than their European counterparts, maybe with the exception of the English designers.”

Of course, how the celebs in attendance will interpret these themes for their elaborate outfits is yet to be seen — but that’s all the fun of the Met Gala.

As of right now, we don’t actually know who will be in attendance at the small September 2021 event. Of course, we can count on Vogue editor-in-chief Anna Wintour to be there as she’s been the long-time chair of the event (and handpicks the guests herself). Wintour also usually asks a few celebs to help co-host the evening every year, though the lucky few have yet to be confirmed yet. We can hopefully expect an official announcement soon, however, according to the New York Times, Tom Ford and poet/activist/recent Vogue cover star Amanda Gorman are rumoured to scored the gig at the September gala.

The dress code on the Met Gala invitations is reportedly “American Independence.” Vogue elaborates: “For a gala that’s known for its timely dress codes, ‘American Independence’ feels particularly meaningful. After an isolating and challenging year, we are celebrating a newfound sense of freedom: to gather, to travel, and to get utterly dressed to the nines—or better yet, into the double digits.” We can’t wait to see how the guests interpret the dress code on the Met Gala red carpet!

Have we gotten a sneak peek into the exhibit yet?

You bet. Eight weeks ahead of the highly anticipated opening, The Met Costume Institute has released previews of two featured pieces from its first exhibit, “In America: A Lexicon of Fashion.” Narrated by the soothing voice of curator Andrew Bolton, the first video posted on Instagram explores a white, poplin dress from Prabal Gurung’s Spring/Summer 2020 collection. With a provocative sash reading “Who gets to be American,” the ensemble was tailor-made for the museum as it reflects the designer’s activism on behalf of American immigrants.

The second unveiling — an ornate gown from recent Central Saint Martins graduate, Conner Ives — was a more unexpected choice. The piece is from the designer’s final collection entitled “The American Dream” and was inspired by female archetypes in media. Made out of vintage, recycled and deadstock materials, Bolton says in the clip that the gown “reflects a kind of new, new Americana.”

We know these looks are only scratching the surface of what’s to come. Who else is counting down the days until the Met Gala exhibit opening on September 18?!

The post Your First Look At the 2021 Met Gala Exhibit Is Here appeared first on FASHION Magazine.