Front page of Freedom’s Phoenix (player only active when we are live, and it’s located under Roberts & Roberts Banner ad)

1 – Randy Steppick (Singer/Songwriter) and John Golden (Prison Guard at San Quentin back in the 1970’s) come on the show to discuss the criminal injustice system, corruption, photographic documentary ONCE UPON A TIME AT SAN QUENTIN book, etc…

Randy Steppick – They call him “Cowboy”, but his birth name is Randy Steppick. Being born in Fort Worth, Texas, “Where the West Begins”, he still spends a lot of time in the Stockyards, the home of Billy Bob’s Texas, and the White Elephant Saloon. It has been a favorite place for him to network and get exposure not only for the current trend in Country music, but also his own music. Randy draws a lot of inspiration from the generation of the mid-eighties to the late nineties. Alan Jackson, Clint Black. Hank Williams Jr., Randy Travis, Willie Nelson and Waylon Jennings, to name a few. When Randy knew he could write music that made people feel good, that put a whole new meaning to inspiration. Eighteen years ago, just killing time, Randy sat at a table, attempting to build a house with playing cards. This is when his first song started coming to him . He started vocalizing the intro, then the lyrics started coming , and thus his song, “Card House”, became a reality. Since that day, his songs all come at once in the same way, when an idea comes to mind. He feels that most good songs come from tough personal experiences that writers walk through in their lives ,and the repetition thereof. He believes they can most clearly identify the sincere blessedness of good times, and are fortunate to be able to write and sing about them while they are still living. Randy realized this was no passing fancy with him, and knew he would need to study the business end of the music business to succeed. He already knew where he wanted to go. He has read books and asked questions to find the answers he knew he would need to know. He has fifty songs under copyright and has set up his own publishing. Randy has just completed his first project of original material which tells the story in itself of his capabilities as a writer. This ten song sampling is just the tip of the ice-burg to come from his catalogue ,which contains country, gospel, cajun, and comedy. Not being a stranger to anyone he meets, and not being afraid of work, to get the job done, we can expect many things from this young man who has put God as first in charge of his life. This keeps Randy grounded and , assured that good things come if patience is at the forefront of his actions. Member of Fort Worth Songwriters Association, 50 songs under copyright. Randy Steppick Publishing: BMI. http://randysteppickmusic.com/?section=home

John Golden – fineartamerica.com/profiles/2-john-golden  is my Photographic Art site with some assorted photos and many San Quentin  UNCENSORED Prison photographs I took while on duty in San Quentin as a Prison Guard back in the 1970’s ! Today 35 of said San Quentin Photos are self published in my photographic documentary ONCE UPON A TIME AT SAN QUENTIN  with text exposing why Staff and Inmates get butchered in Prisons all across America !  My book is sold on amazon.com  ! I was terminated from State service in 1980 for taking these San Quentin photographs !

About the book: Once Upon a Time at San Quentin is an uncensored, candid photo documentary, exposing the San Quentin of the 1970’s, the most violent decade of the twentieth century, together with amazing first-hand accounts of life within the prison. John Wedgwood Golden grew up on prison grounds, and became a Correctional Officer in 1972. His descriptions are often mind-blowing, his ideas controversial, but the writing also contains humor and pathos. The book is a series of short stories and essays, part auto-biographical, part historical and part philosophical, illustrated with photos taken with a Hasselblad CM500 camera, smuggled into the prison when the author was on duty. This remarkable, attention-grabbing book provokes the reader into pondering the entire justice system today. 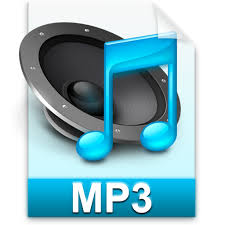 “The Crown calls it ‘piracy’ to explore frontiers beyond its grasp. So the time has come to define the conduct among pirates.” Captain Marque

Join us ‘Above the Grid’

The Highwire with Del Bigtree – https://ipfs.io/ipns/k2k4r8pkk8wevtty3rpqw8mh2njz0snop5xpha1ybafquvb7dcgayh4j/

[Health] What are the heat exhaustion and heatstroke symptoms?

Liz Truss plans could cost £50bn a year, and will ‘fail to help poorest cope’

Learn about your baby with psychic gender reading

How Crypto Is Changing The Gig Economy

Serena Williams gave Vogue the exclusive on her retirement.