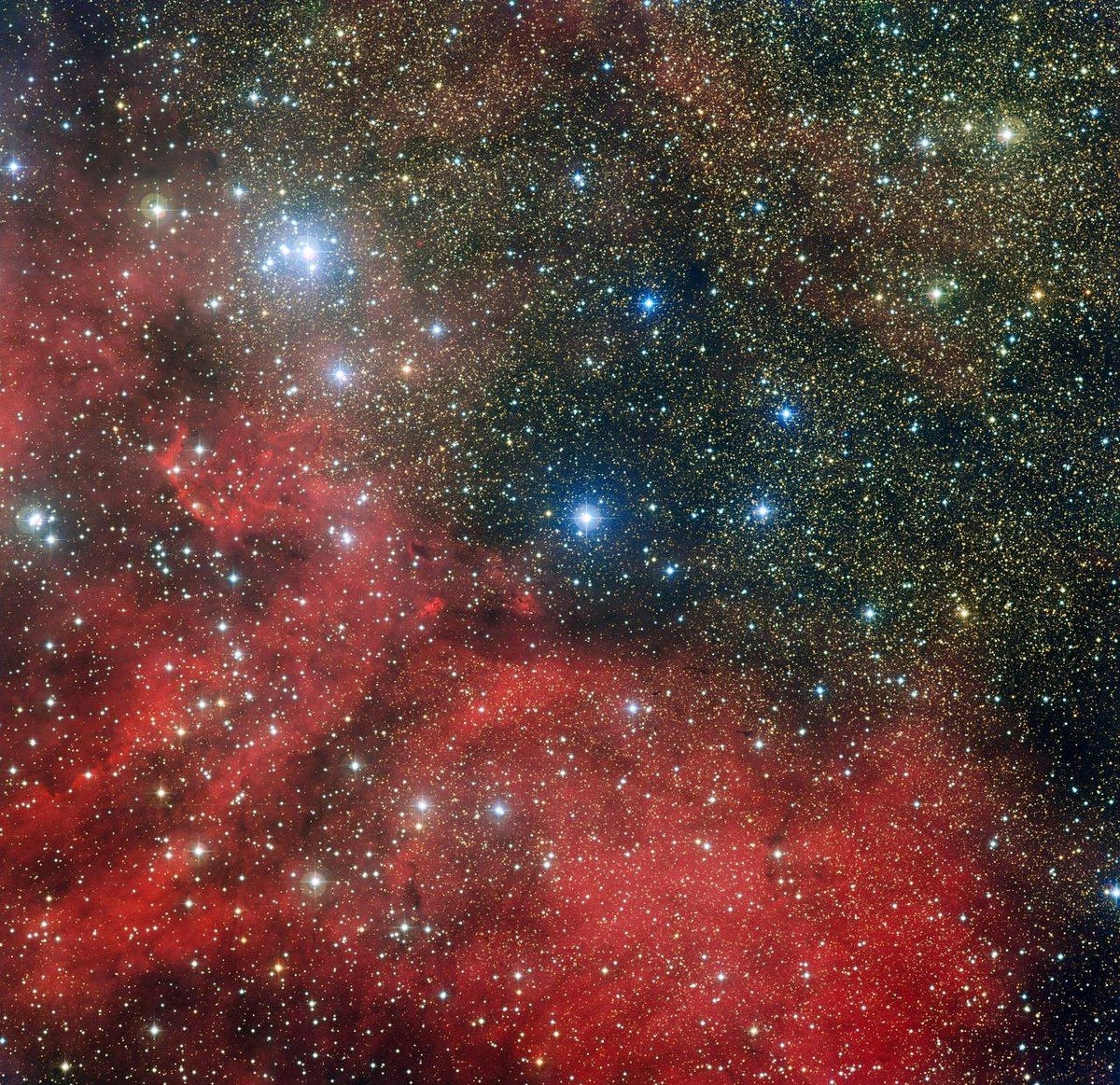 These days it’s been a struggle just to get from one week to the next; hoping against hope that we might see relief from the horrors of this global covid nightmare. Thus, mulling over the remaining mysteries of the universe seems like a day at the beach by comparison and certainly less stressful than fretting over when to get the next booster shot.

This is physicist and renowned author Paul Davies’ specialty —- providing interesting and provocative commentary on the most profound questions the universe has to offer.

And in his compelling new book, “What’s Eating the Universe: and Other Cosmic Questions,” Davies excels in succinctly addressing the big intangibles; the cosmological conundrums that haven’t received as much attention as dark matter, dark energy, what triggered the big bang and the ultimate fate of the universe.

Here are few underappreciated tidbits that Davies covers in “What’s Eating the Universe.”

—- Why is there something rather than nothing?

Davies touches on this age-old philosophical question and divides the explanations into two broad categories, he writes. The first is that some 13.8 billion years ago, the cosmos really popped into existence from nothing at all; the second, writes Davies, is that ‘something’ has always existed.

The existing big bang theory assumes the universe had a finite beginning usually from what is termed a hot, dense “infinite singularity” very quickly followed by an inflationary expansion of the cosmos into the expanding universe we now inhabit.

But as Davies explains, there has always still been that nagging question of what happened before the big bang? The standard reply has usually been —- nothing. That’s a question that has no relevance if the universe sprang from a quantum fluctuation and nothing preceded it. However, this whole issue of what came before the big bang is beginning to arouse new interest from cosmologists who are devising ways to look beyond the current cosmic microwave background (CMB) which captures the universe as it was 380,000 years after the big bang.

Laura Mersini-Houghton, a cosmologist and theoretical physicist, at the University of North Carolina at Chapel Hill, has popularized the idea that multiverse bubbles may crash into each other continually, writes Davies. Since most cosmologists now think our cosmos is part of such a multiverse, it makes sense that if a wayward bubble bumps into ours, it might even swallow our own cosmic bubble universe whole, he notes.

If so, Davies writes that it would leave a fossilized scar on our images of the cosmic microwave background. A fossilized pattern of such an ancient collision would have generated huge amounts of gravitational waves as well as a ‘distinctive’ pattern of polarization within the CMB itself, he explains.

Thus far, Davies notes, searches for this collisional marker has come up empty. But he writes that there are other scenarios that would be just as catastrophic.

This idea is what inspired the title of Davies’ book. It’s a notion that has been around since the 1970s, he writes.

This one is the cosmological equivalent of being hit full on by a speeding bus; it would happen so unexpectedly and so quickly that there would likely be no warning or even any inkling of impending catastrophe.

Our cosmos is at a low quantum vacuum energy level, but not the lowest and therein lies the rub. There’s always a chance, Davies writes, that our cosmos could decay into a lower energy state releasing a wave of energy in its wake.

If this happened anywhere in the universe, writes Davies, this new boundary of lower energy would destroy everything in its path.

—- An expanding bubble of ‘nothing’ might wipe us off the map

Davies notes in this scenario, first suggested in 1982 by theoretical physicist Edward Witten from the Institute of Advanced Study in Princeton, that an expanding bubble might contain nothing at all.

“It would be a hole in space, not a black hole, but a bubble of no-space, expanding uncontrollably, sweeping all before it and eventually gobbling up the entire universe, leaving only nothing: space totally engulfed by spacelessness,” writes Davies.

—- Why is the cosmos even remotely comprehensible to humans?

This question is probably among the most unappreciated of any in cosmology today.

As Davies writes, “There is no absolute reason for nature to have a straightforward mathematical subtext in the first place. And even if it does, there is no reason why humans should be capable of comprehending it.”

As he notes, there’s no way that anyone could tell from routine daily experience that deep down the disparate physical systems that make up the natural world are all linked by “a network of coded mathematical relationships.”

Somehow, Davies notes, our universe has engineered its own comprehension and in doing so has enabled us to be privy to at least some of its innermost secrets. But hardly all.

Will the cosmos ever completely reveal its secrets?

Likely not completely, Davies notes. What the field of cosmology and astrophysics needs at this moment, he notes, is really another young Einstein —- someone who could help cobble all our disparate particle physics theories, quantum mechanics and Einstein’s theory of relativity in a way that would be unified enough to explain what’s really behind much of the missing mass of the universe.

We really need new way of thinking about cosmology that would put an end to the need for a multiverse to explain a quantum fluctuation as the beginning of all that we know and all that encompasses this cosmos we call home.

Perhaps some postdoctoral researcher is out there now who will help write the next chapters in theoretical cosmology. Until then, Davies and others like him are here to guide us through this current morass of astrophysics.

The post 5 Takeaways When Considering The Cosmos’ Remaining Mysteries appeared first on TechCodex.