a disabled spirit air passenger spotted his wheelchair with baby

A disabled Spirit Air passenger spotted his wheelchair with baby strollers piled on it before a flight. It was badly damaged when returned. 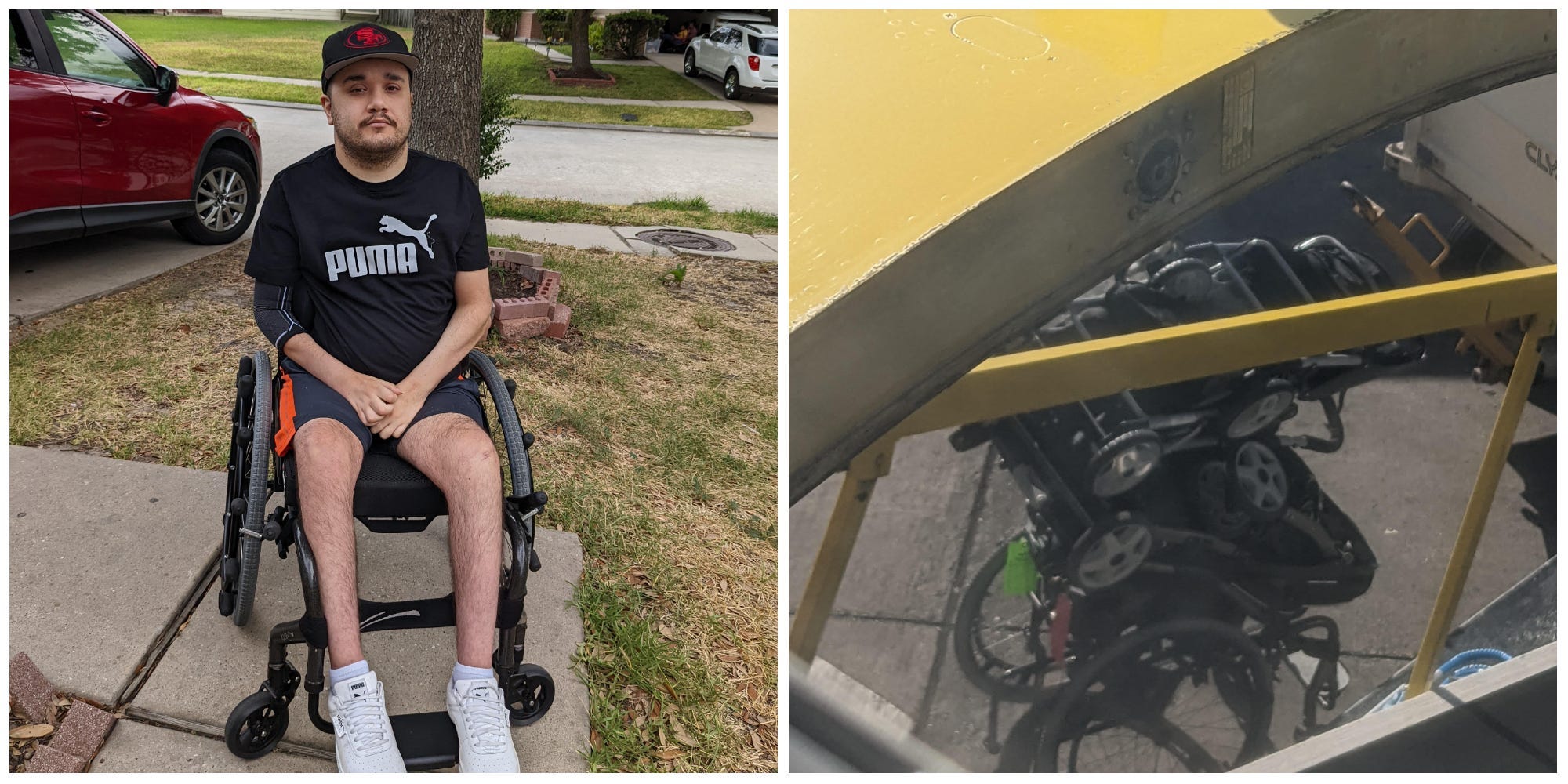 A man has said that Spirit Airlines has broken his wheelchair after loading multiple strollers on top of it.

Jesus Centeno, a 27-year-old computer science student, was boarding a Spirit airlines flight on July 30 from Orlando to Houston. He was watching his wheelchair be loaded from the tarmac into the plane’s hold when he saw strollers stacked on top of it.

He said it appeared that the Spirit Airlines staff were using his chair to transport the strollers.

When he landed in Houston, his wheelchair was returned to him badly damaged, with the adjustable backrest unable to move forward or backward.

Centeno — who uses a wheelchair because of a spinal cord injury — told Insider that it forced him to be “stuck” in a “very uncomfortable” position for days.

The damage to his chair meant he was “unable to do anything,” Centeno told Insider, including wheeling his chair or using a computer.

“I just cannot believe that someone thought it was a good idea to put so many strollers on top of my wheelchair. They treated my personal wheelchair like it was nothing like it was just another piece of luggage when it clearly is not.

“This is a customized personal wheelchair. Without my wheelchair, I’m hopeless. I use it to get around everywhere,” he told Insider.

Spirit Airlines did not immediately respond to Insider’s request for comment.

Department of Transportation data shows an average of 35.8 wheelchairs are broken or damaged on US flights daily.

The dataset also shows that Spirit has the second highest rate of damaging wheelchairs, with 4.24% of all enplaned wheelchairs damaged.

However, this is the first time that Centeno has damaged his chair while flying, telling Insider, “I guess my luck has run out.”

In an email to Insider, Senator Tammy Duckworth, a wheelchair user, said, “We would never accept airlines breaking the legs of 1 in 65 passengers, and yet, that is essentially what is happening when 1 out of 65 wheelchairs are being damaged by airlines.

“We cannot rest until every airline finally treats our wheelchairs as what they are: complex medical devices, not just suitcases to be tossed around.”

A year after the Taliban’s takeover, Afghanistan has become ‘a cage for Afghan women,’ activist Yalda Royan says