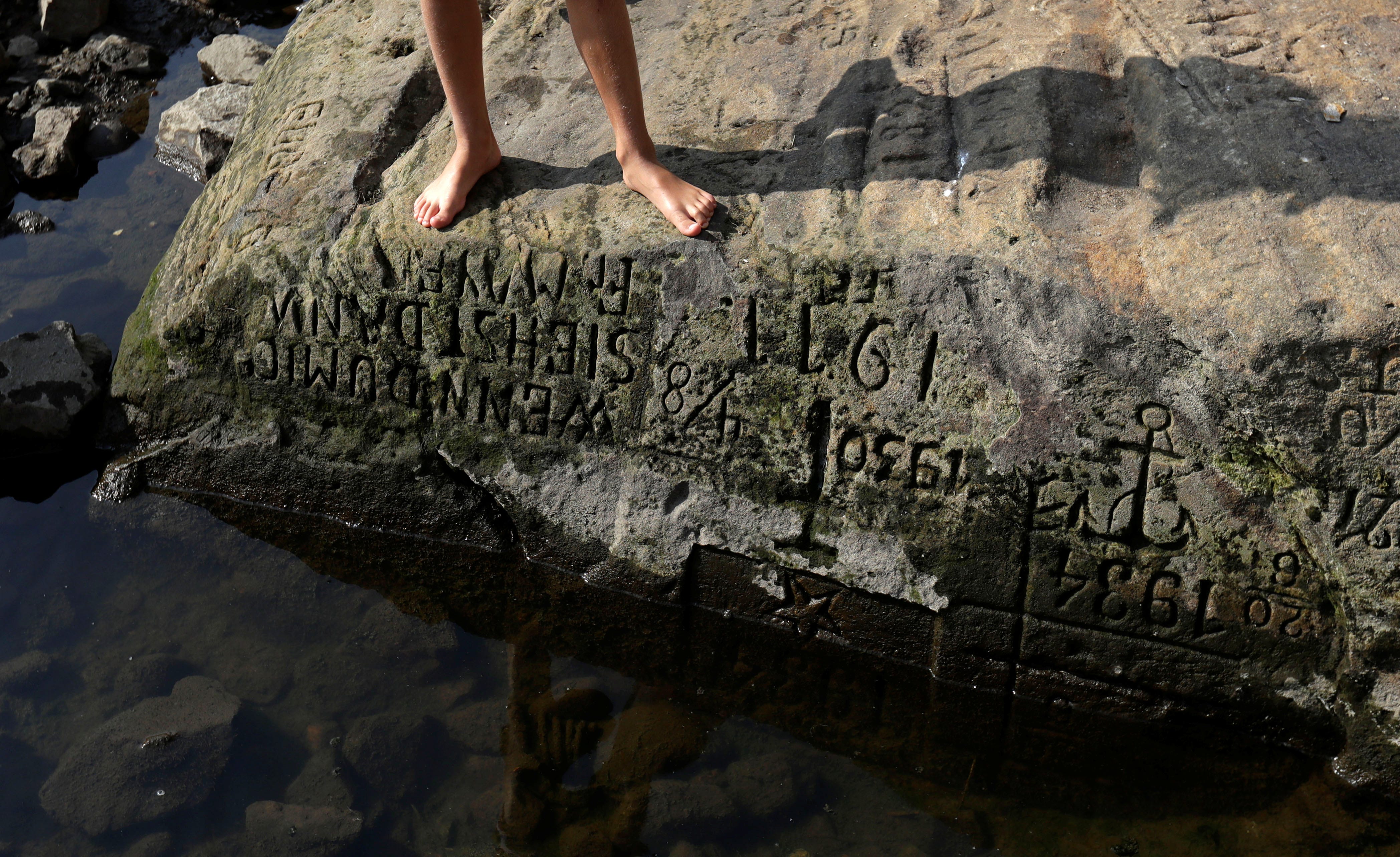 A child stands on one of the “hunger stones” revealed by the low level of water in the Elbe River in 2018.

An intense drought is shrinking rivers across Europe, revealing stones carved centuries ago to give future generations a warning of hard times ahead.

One such stone is on the banks of the Elbe River, which begins in the Czech Republic and flows through Germany. The boulder dates back to 1616 and is etched with a warning in German: “Wenn du mich seehst, dann weine” — “If you see me, then weep,” according to a Google translation of the phrase.

In a 2013 study, a team of Czech researchers wrote that these boulders are “chiselled with the years of hardship and the initials of authors lost to history,” adding that the “basic inscriptions warn of the consequences of drought.” 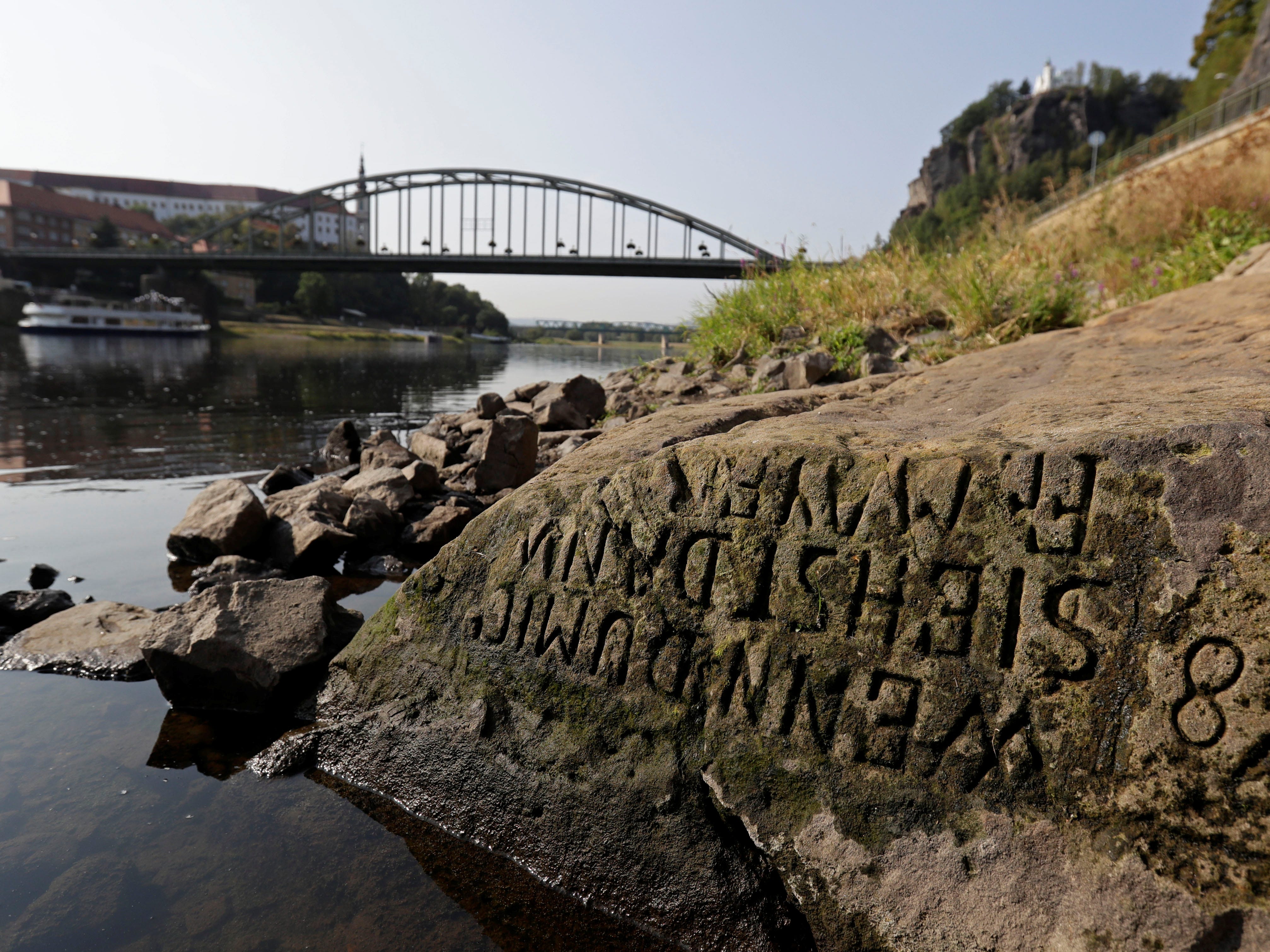 These “hydrological landmarks” last surfaced during a 2018 drought, NPR reported.

But the current drought Europe is experiencing could be the worst in 500 years, according to Andrea Toreti, a senior researcher at the European Commission’s Joint Research Center.

At a news conference on August 9, Toreti said no other events in the past 500 years were “similar to the drought of 2018. But this year, I think, is worse,” Euronews reported. He added there was “a very high risk of dry conditions” continuing over the next three months.

A growing body of research links more frequent and intense droughts to climate change. Rising global temperatures cause changes in precipitation and enhance evaporation. According to the European Drought Observatory, 47% of Europe is in drought warning conditions, which means there is a deficit of moisture in the soil; another 17% is on alert, which means vegetation is stressed. 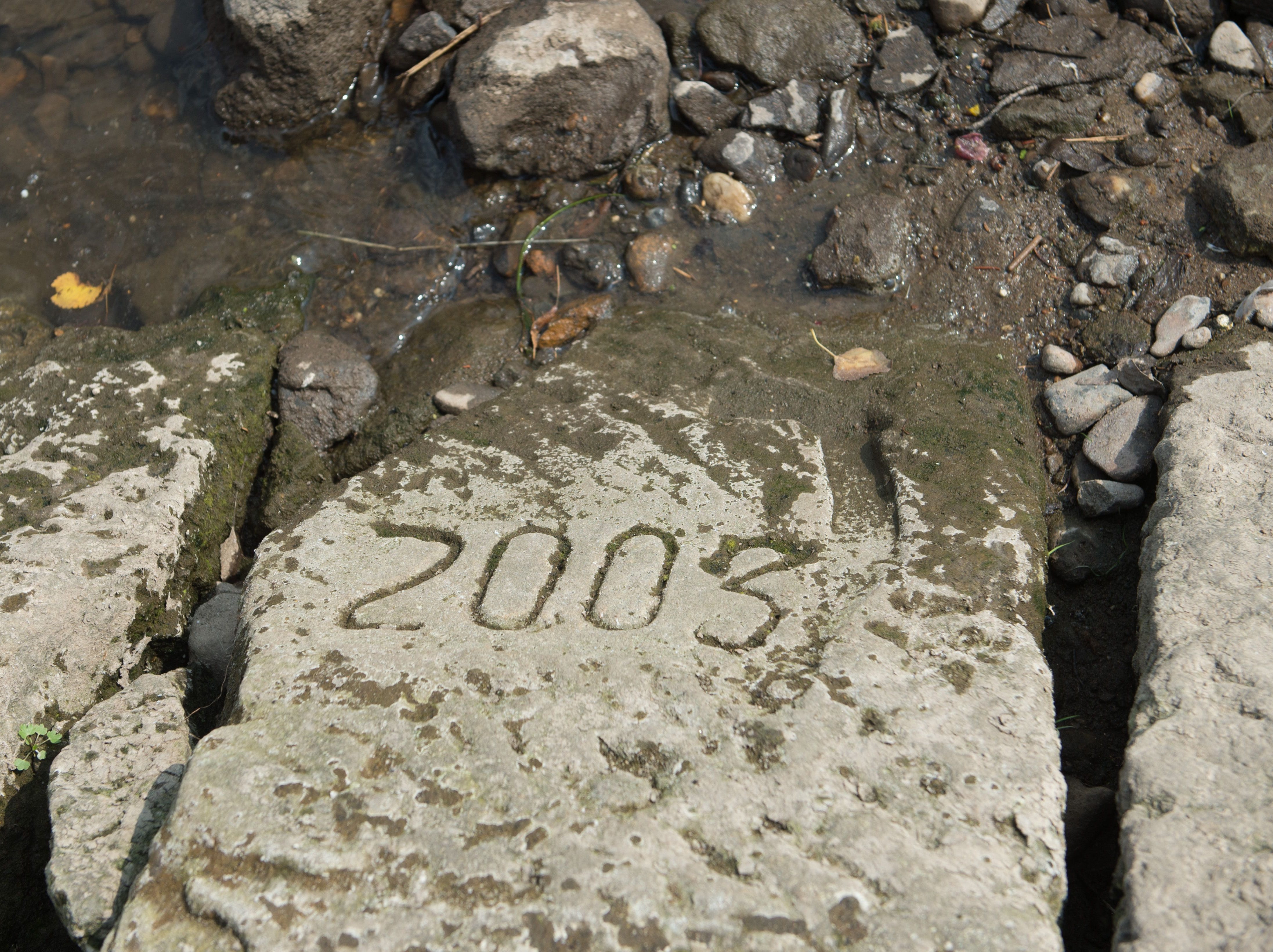 Another stone on the banks of the river Elbe was marked during low water levels in 2003.

The stones are not the only hidden relic to emerge in European rivers due to drought. Receding waters due to climate change in Italy’s Po River also revealed a slew of archaeological treasures.

The sunken shipwreck of a World War II-era barge resurfaced in June after the river — the country’s largest — reached low levels during its worst drought in 70 years. More recently, in late July, the drought-stricken Italian river revealed a previously submerged 1,000-pound bomb from World War II.

“The bomb was found by fishermen on the bank of the River Po due to a decrease in water levels caused by drought,” a local official told Reuters. Experts had to safely remove it.

Share
Previous Seedtag, the ex-Googler-founded, cookie-free, AI-based adtech startup, taps $250M+ in funding
Next Why polio is spreading around the globe