a small war in central asia is a big problem

President Joe Biden boards Marine One at the White House on July 20.

Azerbaijan began shelling positions across its border with Armenia last week, reigniting a longstanding conflict between the two countries.

Since the breakup of the Soviet Union, Armenia and Azerbaijan have fought multiple wars over the status of the Nagorno-Karabakh region, a primarily Armenian ethnic enclave within Azerbaijan that Armenia recognizes as a separate republic called Artsakh, and with which Armenia has long desired unification.

An Armenian victory in the early 1990s gave it control over Nagorno-Karabakh and a large corridor of Azerbaijani territory linking it to Armenia proper, but a war in 2020 resulted in a decisive Azeri victory that reestablished Azerbaijan’s control over the disputed territories.

The conflict between Armenia and Azerbaijan is only one part of a broader geopolitical contest, however. 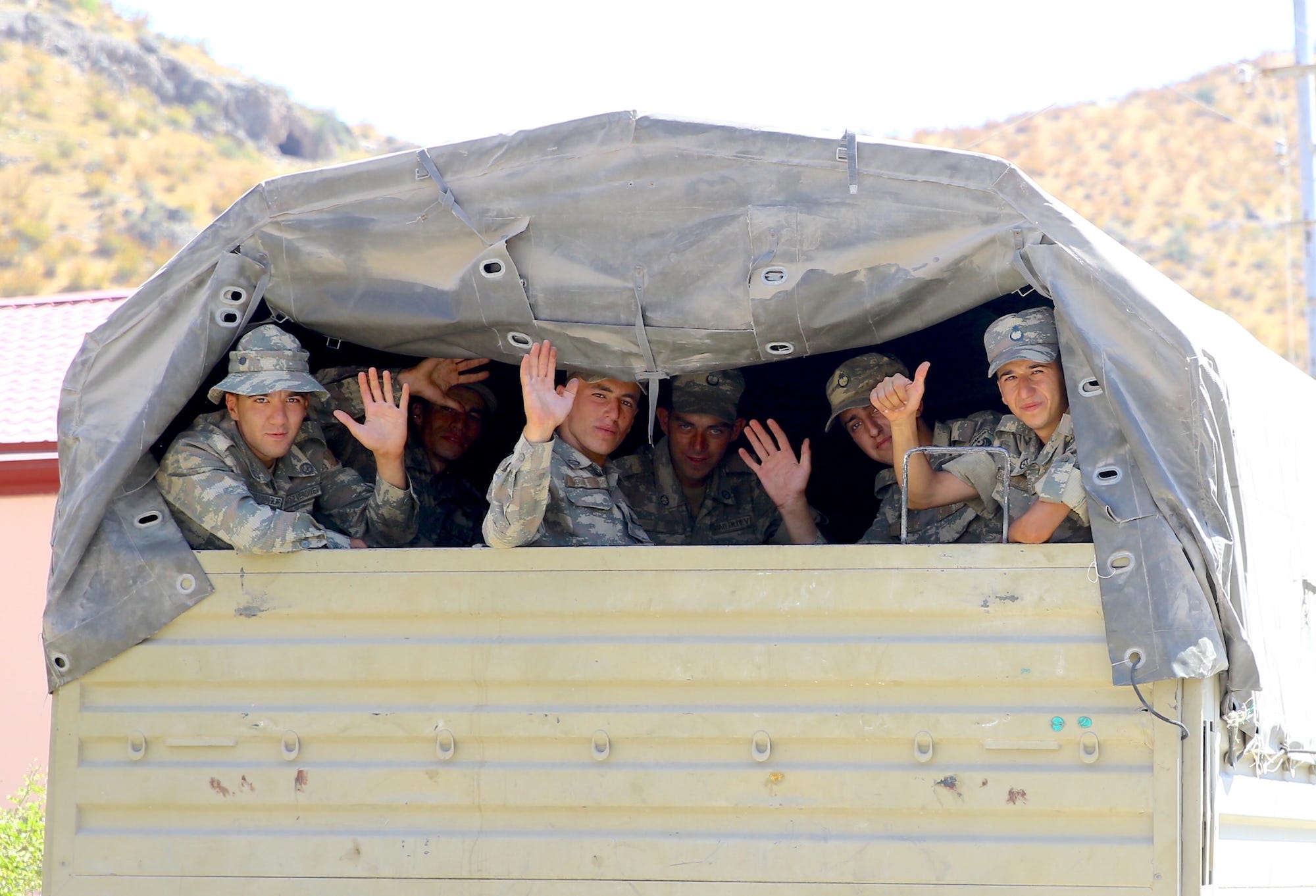 Azerbaijani troops in the city of Lachin on September 1.

While Armenia and Azerbaijan both have warm relations with Russia, Armenia has a security agreement with Russia as part of the Collective Security Treaty Organization (CSTO), an alliance of six post-Soviet states in Central Asia.

Azerbaijan, on the other hand, whose population is primarily ethnically and linguistically Turkic and religiously Muslim, enjoys firm support from Turkey.

Turkey and Armenia have long been at odds, and the shadow of the Ottoman genocide of Armenians in 1915 continues to fall over relations between the neighboring countries.

In recent years, Ankara has sought an independent course with Moscow, despite being a NATO member. On the one hand, Erdogan has sought to maintain cordial relations with Putin, particularly in the wake of a failed 2016 coup which raised suspicions in Ankara about the West’s complicity. More recently, Erdogan has acted as a diplomatic broker in the Ukraine war and has bucked Western sanctions by purchasing Russian military hardware.

On the other hand, Turkey and Russia compete for influence over the states surrounding the Caspian Sea, a region which both Moscow and Ankara view as a rightful inheritance of their imperial legacy. Russia and Turkey also backed opposite sides during the brutal Syrian civil war, culminating in a momentary international crisis following the Turkish downing of a Russian fighter jet in 2015. 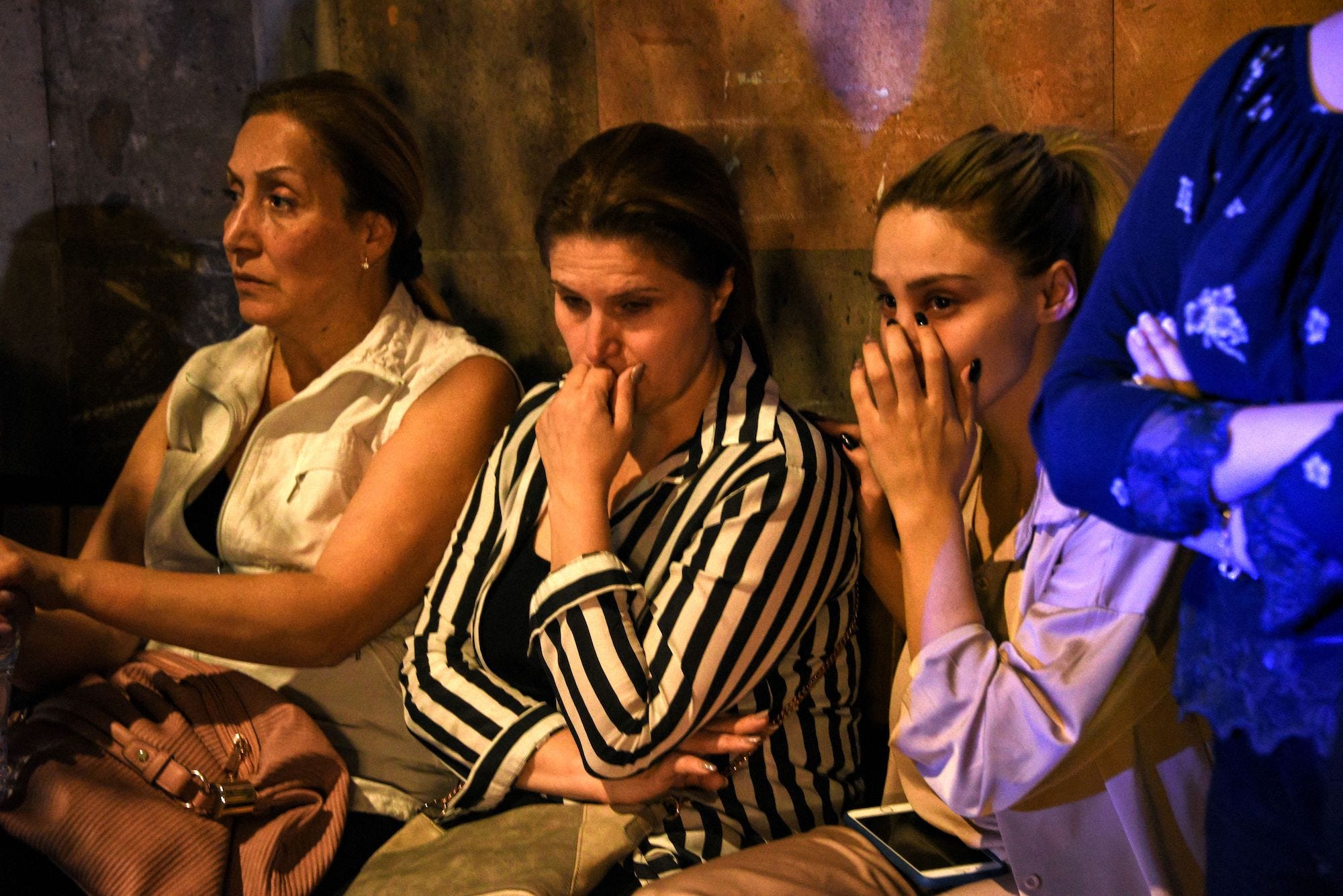 Relatives of Armenia troops wounded in clashes with Azerbaijan at a military hospital in Yerevan, on September 13.

It is probable that the timing of the most recent flare-up between Armenia and Azerbaijan was not coincidental.

Azerbaijan was likely emboldened to launch the recent attack on Armenia by the successful Ukrainian counteroffensive around Kharkiv and Russia’s generally poor performance during the Ukraine war.

Armenia’s devastating defeat in 2020 led analysts to conclude that Russian-supplied equipment was ineffective in combating advanced drone technology supplied to Azerbaijan by Turkey and Israel, while the Atlantic Council interpreted Russia’s unwillingness to intervene directly on Armenia’s behalf as a sign of underlying weakness.

The US has characterized its competition with Russia and China as a battle between democracy and autocracy for the future of the “rules-based international order.” But the not-so-frozen Azeri-Armenian conflict provides an ironic counterpoint, belying the narrative that Putin is primarily motivated by a fear of democracies or popular revolutions among Russia’s neighbors.

Armenia, a small democracy that underwent a revolution in 2018, has mainly been backed by Russia and Iran, while Azerbaijan, a dynastic dictatorship with much greater wealth and population, has been consistently supported by both NATO-member Turkey and Israel, which claims to be the only democracy in the Middle East. 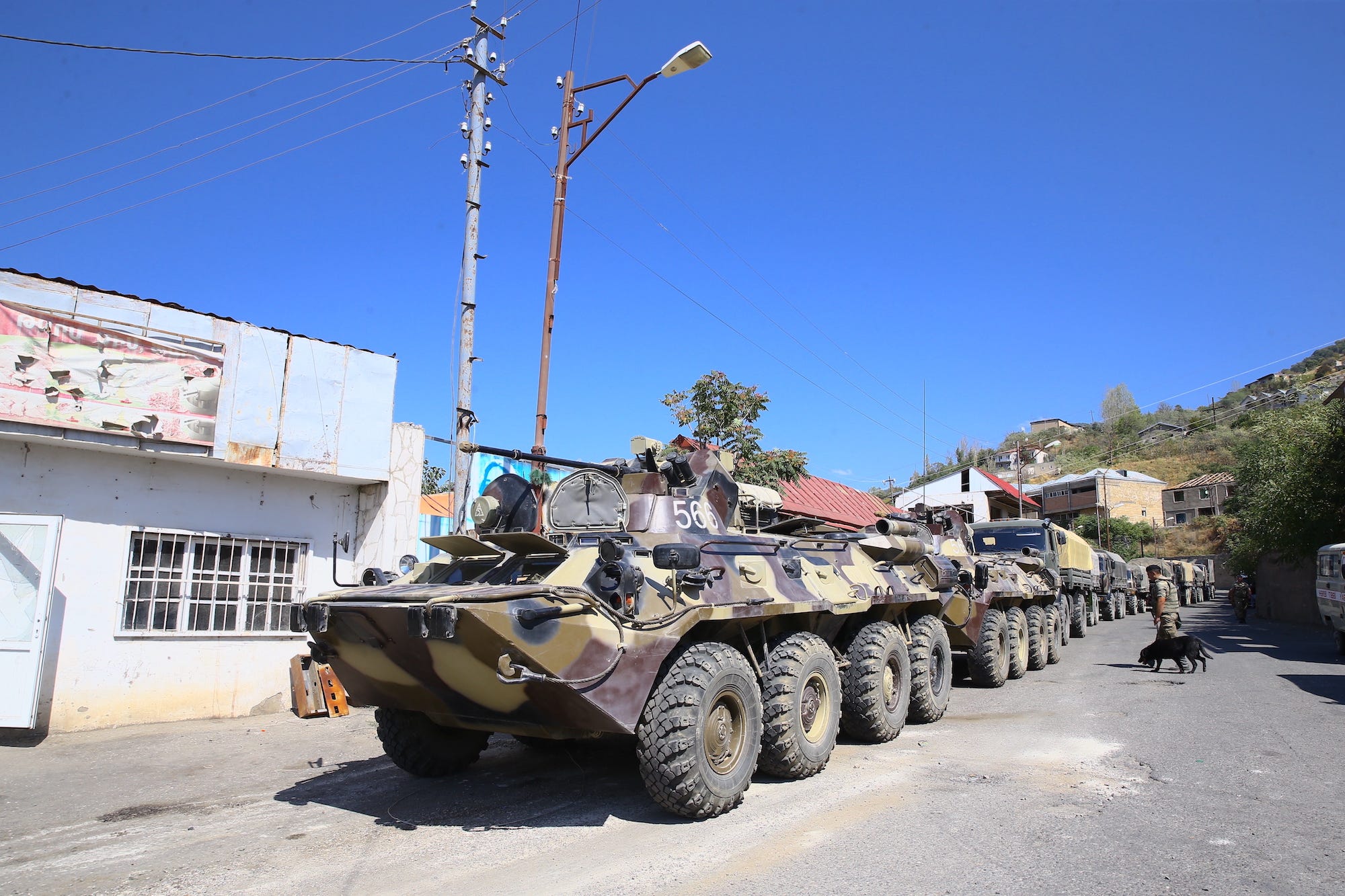 Azerbaijani troops in Lachin on September 1.

The ironies don’t end there. Armenian-Americans have a potent lobby in the US based in congressional districts like California’s 28th, home to Rep. Adam Schiff, who, among other roles, is the vice-chair of the Congressional Armenian Caucus and has been awarded the State Order by the Armenian government.

Schiff made a national name for himself as the ranking member of the House Select Intelligence Committee, and one of the most public faces of the “Russiagate” investigation that contributed towards souring US-Russian relations.

During the first impeachment of Trump in January 2020, Schiff stated that “the United States aids Ukraine and her people so that we can fight Russia over there and we don’t have to fight Russia here.” Yet in the wake of Russia’s setback in Ukraine, Azerbaijan’s attack on Armenia drew swift condemnation from Schiff, who has introduced legislation to halt US aid to Azerbaijan.

The complex politics of the Armenia-Azerbaijan conflict demonstrate the folly of conducting US foreign policy according to a Manichean division between “good” democracies and “bad” autocracies. They also highlight the fact that a military alliance like NATO does not necessarily equal a permanent harmony of interests between all its members.

Finally, as Russia totters from its failures on the battlefield in Ukraine, and as renewed tensions flare between other post-Soviet states like Kyrgyzstan and Tajikistan, it is worth considering what the unintended consequences of a destabilized Russia might be for its Eurasian neighbors.

Christopher McCallion is a fellow at Defense Priorities.