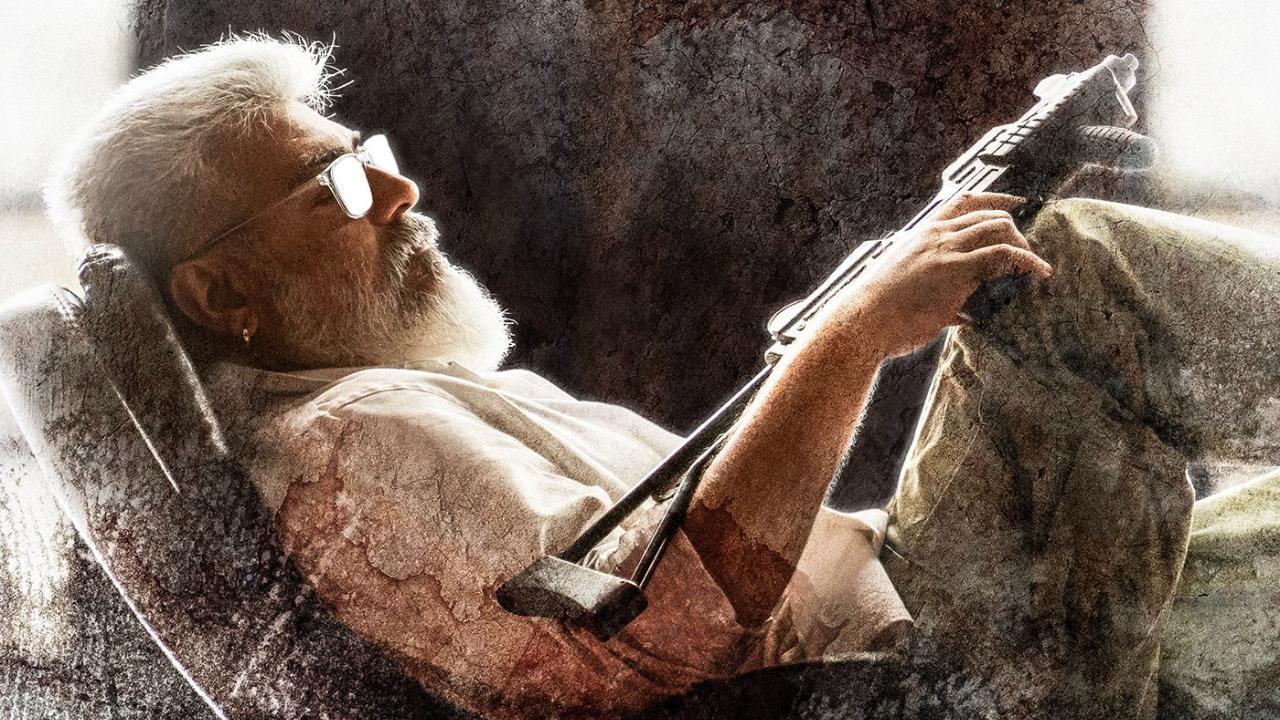 Ajith Kumar`s upcoming action thriller, which is being directed by H. Vinoth and was tentatively called AK61, has been titled `Thunivu`, its makers announced on Wednesday.

The first look poster of the film, which also had the title of the film on it, has Ajith relaxing on a chair with a semi-automatic weapon in his hand. The title has the tagline, `No Guts, No Glory`. The film, which is a Boney Kapoor production (just like `Valimai`, another Ajith Kumar-Vinoth collaboration), has a plot that revolves around a bank heist.

Interestingly, the unit had erected a giant set resembling Chennai`s popular landmark Mount Road in Hyderabad where certain important scenes of the film were shot in its previous schedules. Just one more schedule of shooting is left. After the last schedule, Ajith is expected to move on to his next project, which is to be directed by Vignesh Shivan.

This story has been sourced from a third party syndicated feed, agencies. Mid-day accepts no responsibility or liability for its dependability, trustworthiness, reliability and data of the text. Mid-day management/mid-day.com reserves the sole right to alter, delete or remove (without notice) the content in its absolute discretion for any reason whatsoever

Share
Previous IMG Arena To Deliver Sports Betting Data And Streaming For British Basketball League
Next Mark Zuckerberg is about to be a dad for the 3rd time. Here’s a look into the life, career, and controversies surrounding the billionaire Meta CEO.