alex jones, roger stone, and why the jan. 6 committee

Alex Jones, Roger Stone, and why the Jan. 6 committee getting their ‘intimate messages’ is more than just a joke on Twitter 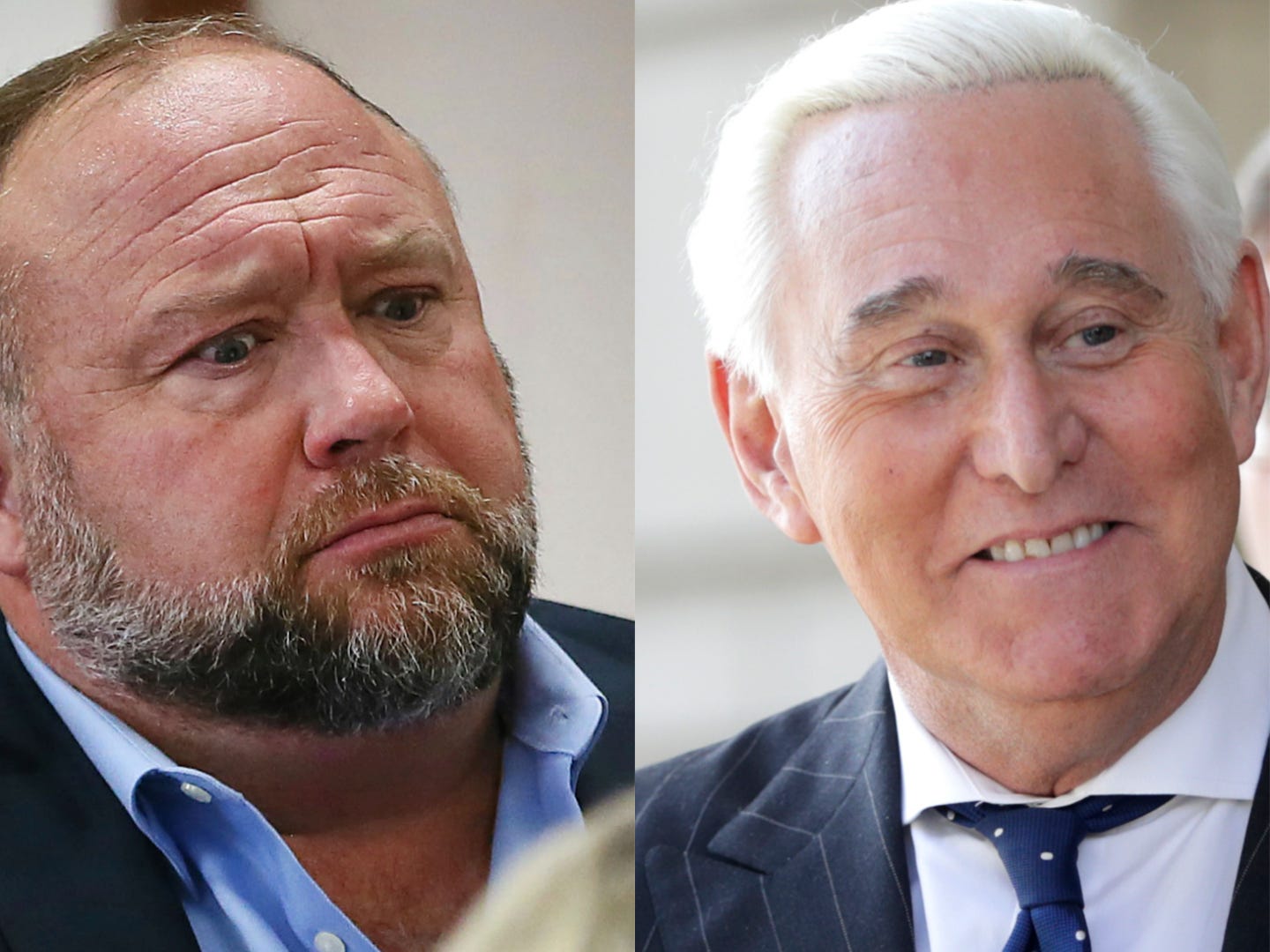 Twitter feasted this week on the news that two years of Infowars founder Alex Jones’ cell-phone texts were accidentally leaked by his own lawyers and will soon be in the hands of the January 6 House committee.

The massive cache — totaling 2.3 gigabytes of mistakenly transferred evidence — includes Jones’ “intimate messages” with his good friend Roger Stone, the news of which inspired tweets like, “Well, there goes lunch. And probably dinner.”

But given both Jones’ and Stone’s outsize roles in the attack on the Capitol on January 6, 2021, getting the candid exchanges between the two election-fraud-conspiracy theorists is a huge development as the House Select Committee continues its work.

The text messages could provide coveted evidence about Jones and Stone’s roles in the attack on the Capitol. The two became friends after meeting at a 2013 event in Dallas marking the 50th anniversary of the JFK assassination.

A longtime Trump ally, Stone repeatedly spread the then-president’s unsubstantiated claims of election fraud. He helped to plan and spoke at the “Stop the Steal” rallies while cozying up to extremists who later stormed the Capitol.

Jones, whose Sandy Hook defamation trial is now wrapping up in his hometown of Austin, Texas, had an even larger bullhorn, using Infowars to spread Trump’s call to fight the “stolen” election to his millions of listeners.

Jones also helped secure at least $650,000 in funding for the DC rallies that were quickly planned in response to Trump’s call to action on Twitter, The New York Times reported in March,

On the eve of the riot, Jones was at the Willard Intercontinental Hotel, the command center where key Trump allies including Rudy Giuliani, Steve Bannon, and John Eastman met to strategize. And on January 6 itself, Jones marched from the Ellipse to the Capitol alongside fellow far-right provocateur Ali Alexander.

Jones’ and Stone’s texts in the leadup to the rally could shed light on all of these activities, and they could have direct implications for Trump.

After all, Trump reportedly placed phone calls to so-far-unnamed allies at the Willard on the eve of the riot. And as revealed during the committee hearing televised on July 13, Trump personally wanted the rally speakers to include Jones.

“He likes the crazies,” like Jones and Alexander, despite the “red flags,” Katrina Pierson, a former Trump aide, told the committee.

“He loved people who viciously defended him in public,” Pierson said.

Another reason their texts matter: Jones and Stone have so far been less than cooperative with probers.

Stone refused to answer questions when he appeared for 90 minutes before the January 6 committee in December.

Investigators were unable to question him on any rally-related communications with Trump, or about a chat group called “Friends of Stone,” where he communicated with the Proud Boys and the Oath Keepers, according to the committee.

Jones boasted on Infowars that he pleaded the Fifth Amendment more than 100 times rather than answer the committee’s questions.

And like his friend Stone, Jones also had ties with the two extremist groups.

The Oath Keepers founder, Stewart Rhodes, was a frequent Infowars guest, and the Florida-based Proud Boys leader Joseph Biggs, allegedly a key player in the riot, is a former Infowars employee.

Both Rhodes and Biggs are in federal jails awaiting trial on seditious conspiracy for allegedly conspiring with other members of their group to violently stop the counting of electoral votes on January 6.

But for now, Stone has countered on Truth Social that there is no “J6 matrial” — his misspelling — in Alex Jones’ texts.

“The FBI and DOJ have seen my text messages with Alex Jones long ago,” Stone wrote Thursday. “Nothing improper or ‘intimate’ about them. Alex Jones has been a loyal friend throughout the Soviet style show trial that I was subjected to by Mueller as well as my wife’s battle with cancer.”

Meanwhile, Jones has more immediate concerns surrounding the 2.3 gigabytes of text messages — the threat of perjury charges and up to 10 years in a Texas jail.

Share
Previous How Can We Retain More Women in STEM Careers?
Next European energy without Russian gas