Nintendo’s report for the 2021/22 financial year dropped today, and while Switch continues to sell well and software sales are looking healthy, signs that enthusiasm for the five-year-old system is beginning to ebb are also apparent. To be clear, the results present a far from gloomy outlook for the console and company, but the numbers show a year-on-year sales decline of 20% and the company forecasts further drops for the coming year.

In real numbers, lifetime Switch sales now stand at 107.65 million units, with just over 23 million of those coming in the last year. That’s a very sturdy figure — and sell-through (meaning the number of units actually sold to consumers at retail, as opposed to the number shipped to retail outlets) of the console in the last financial year is second only to the console’s launch year. Digital sales increased 4.5% over FY 2021, too, with the January-March ’22 period recording the second-highest digital sales quarter ever — just shy of the preceding lucrative Holiday ’21 season. It’s certainly not all doom and gloom in Kyoto right now.

Despite there being life in the system yet, there’s definite signs that Switch has peaked, though. Nintendo forecasts hardware sales of 21 million units in the coming year, and while that’s still 3 million more than Sony is targeting for PS5, supply constraints are worse for the more powerful console — and Sony’s FY 2022 forecast is up considerably from the 11.5 million PS5s it sold in the last financial year. And let’s remember that PS5s are still like hen’s teeth at retail 18 months after launch.

Although Nintendo has apparently struggled to produce hardware at sufficient quantities, the fact is that demand for the hybrid console, while still healthy given its age, is slowing. There are over 107 million Switches out there in the wild, and while that number will continue to grow, the gaming industry is built on momentum, and Switch is a very well-known quantity at this stage. 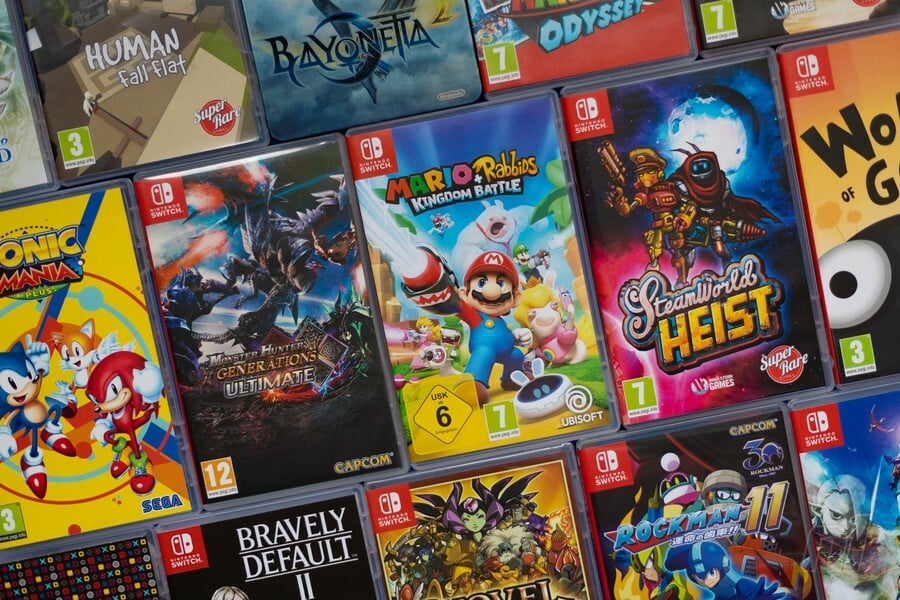 There’s no shortage of games to play, that’s for sure (Image: Nintendo Life)

There’s one thing that Nintendo really needs to get those investor graphs pointing up again: an influx of new, properly-upgraded Switch hardware.

The global chip shortage and increase in manufacturing costs are undoubtedly hurting Nintendo’s profits, and the reduced profit margin on Switch OLED is also noted as a contributing factor to the company’s modest 0.6% year-on-year gross profit increase. Regardless of the overall rosiness, though, minus numbers don’t make for happy investor reading and Switch OLED, while a welcome shot in the arm, was a stop-gap.

There’s one thing that Nintendo really needs to get those investor graphs pointing up again: an influx of new, properly-upgraded Switch hardware.

The long-rumoured Switch ‘Pro’ or Switch 2 (or whatever you want to call the successor to the current model) has been on the tip of analyst’s tongues for years at this point. Given the cyclical, rolling nature of the video game hardware cycle and the power deficit between Switch and Microsoft and Sony’s consoles — not to mention the fact that Nintendo pioneered the mid-cycle, half-step console upgrade with its handheld systems — debate about potential new SKUs has been common since Switch launched back in 2017.

There was little need to put out an updated version all the time Switches were flying off the shelves as fast as Nintendo could manufacture them, despite what hardcore enthusiasts and analysts might opine. In fact, of the big three companies, the huge success of Switch and its evergreen software catalogue has enabled Nintendo to weather the storm of COVID and parts shortages better than it might have. While we’re still not out of the woods yet, it feels more and more like anyone wants a Switch has got one and more eyes than ever will be on what’s next in the pipeline.

In an ideal world Nintendo would surely be looking to launch a Switch successor in the next year or so. The current model would continue to sell, but as numbers wind down the new hotness is there to pick up the slack and drive profits. Nintendo faces production issues it can’t control, though — ones that may well be delaying plans for the next console, and problems which could ultimately affect the company’s momentum. Switch may be a huge cash cow, but milking it utterly dry without a replacement ready to go isn’t a sound business strategy. 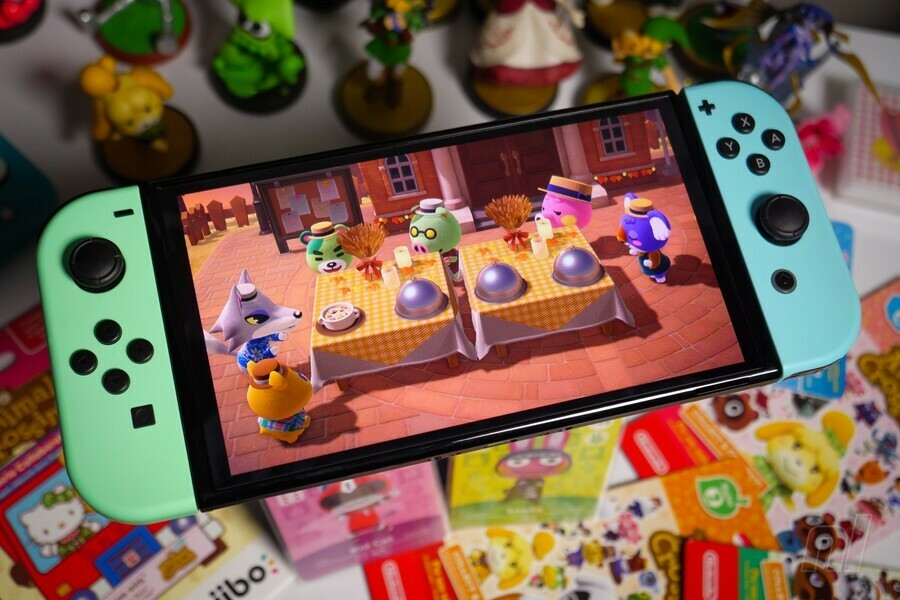 Motions are undoubtedly in place for the successor, but given all the potential production obstacles, knowing when to pull the trigger on the follow-up is Nintendo’s main problem now. Launching a new console (backwards compatible, of course) alongside Zelda: Breath of the Wild 2 would make eminent sense, with the ‘Spring 2023’ launch date coming six years after the original. According to a poll we ran on the topic, many Nintendo Life readers would jump on upgraded hardware alongside the new Zelda — that’s the kind of move you’d expect Nintendo to make.

Motions are undoubtedly in place for the successor, but knowing when to pull the trigger on the follow-up is Nintendo’s main problem now

Rumours suggest that Microsoft paid to ‘jump the queue’ and get chip priority in order to manufacture more Xboxes, and while Nintendo isn’t wanting for a bob or two, it can’t compete with Microsoft in terms of sheer buying power. With companies having to get in line for components, it won’t be just Nintendo that’s having to make the best of the status quo for longer than it would under normal circumstances. Plans to split its stock 10/1 are another indicator that it’s looking to hunker down and make the best of things while business is still strong.

Indeed, we’ve even seen analysts offer much more sober estimates recently concerning when a Switch successor might appear, with dates like “late 2024” now being suggested. By then the current console would be seven-and-a-half years old — a pensioner in modern gaming terms. There’s no doubt that the system is capable of delivering great games just as it is, and that’s not going to change, but for an industry and a hardcore fan base that’s always got one eye on The Next Big Thing™, late 2024 seems like an interminably long wait for new Nintendo hardware.

In terms of profits, sure, Nintendo could afford to coast for another two years on its current offering, perhaps with a Switch Lite OLED thrown in for good measure. However, the perception that the company is standing still would be hard to shake — if not for gamers, then certainly for investors. A new Zelda will help, but Holiday 2024 feels a long way away.

What’s great about predicting a new console or iteration launch for Nintendo every year is that eventually it will be right. https://t.co/kQw4NswyrB— Mat Piscatella (@MatPiscatella) May 10, 2022

Bloomberg reports that Nintendo president Shuntaro Furukawa has “declined to comment when asked during a media briefing about when his company might unveil the next iteration of its marquee console”, and we’d be inclined to believe that’s a pressing question within the walls of Nintendo HQ, as well. It’s easy to make an announcement, but producing hardware at scale and meeting consumer demand is a challenge we certainly don’t envy the people working out logistics for Nintendo’s next console launch.

Let us know in the poll below when you think Nintendo will launch its next console.

When do you think Nintendo will end up launching a successor to Switch? (1,189 votes)

Why Do I Keep Getting UTIs? New Study Reveals One Shocking Cause — Eat This Not That

Touken Ranbu Warriors for PC coming west on May 24 – Gematsu