BABYFACE ASKS FOR JOINT CUSTODY IN DIVORCE FROM NICOLE PANTENBURG 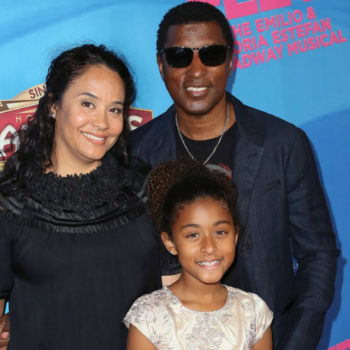 Court documents show Babyface as the party responsible for paying spousal support in addition to requesting joint custody. The veteran recording artist does not give a specific amount for assets and debts. Babyface plans to make amendments to documents as divorce proceedings move forward.

“After much thought and with great sadness, we have decided to end our marriage,” the former couple said in a joint statement. “We continue to care and have respect for one another and share eternal love for our daughter and her well-being,” Babyface and Nicole shared. “We ask for personal privacy for ourselves and our daughter as we navigate these new steps as a family.”

Peyton Nicole has been a beacon of light in the midst of her parents’ impending divorce. The teen’s vocal abilities were highlighted by her father last year.

“My daughter Peyton and I love us some Billie Eilish,” Babyface told his fans when introducing his daughter’s musical selection last October. “Since we were asked to do a song together for a school event this past Saturday it only made sense, that she’d wanna do a Billie Eilish song,” the celebrity father added. “So for sheep-doodles and giggles, we went in the studio and recorded ‘My Future.’”

Peyton’s delivery of the hit single was nothing short of fabulous. Many fans told Babyface that his daughter’s vocal abilities were reminiscent of his stellar singing.

It is unclear if Peyton will follow in her father’s footsteps as a professional recording artist in the coming years. The youngster will certainly have the support she needs to do well in the industry, courtesy of her father, if she does decide to pursue music.