NRL great PAUL GALLEN will appear on Nine’s 100% FOOTY tonight, debating rugby league’s hottest topics alongside Phil Gould and James Bracey. Tune in from 9.40pm AEST, as they break down all the big issues following the opening week of finals!

I really wanted the grand final to be a rematch of last year, with Melbourne playing Penrith, and for so long this year that’s where I thought it was headed, until Wayne stepped in.

The way he gets his players up for a game is freakish, he’s just the best, a total genius.

READ MORE: Medvedev ‘sorry’ after defeating Djokovic in US Open

I know he’s reluctant to do it, and Billy Slater will do a great job if he gets the gig, but if Queensland don’t get Bennett to coach State of Origin next year they’re kidding themselves.

Finals footy is about the best teams winning when it counts, and Penrith simply didn’t do that this week. The teams all know that if you finish in the top four, you need to win that first week to get the second week off. That’s just the way it is, and I wouldn’t change it, I think the current system is just fine. 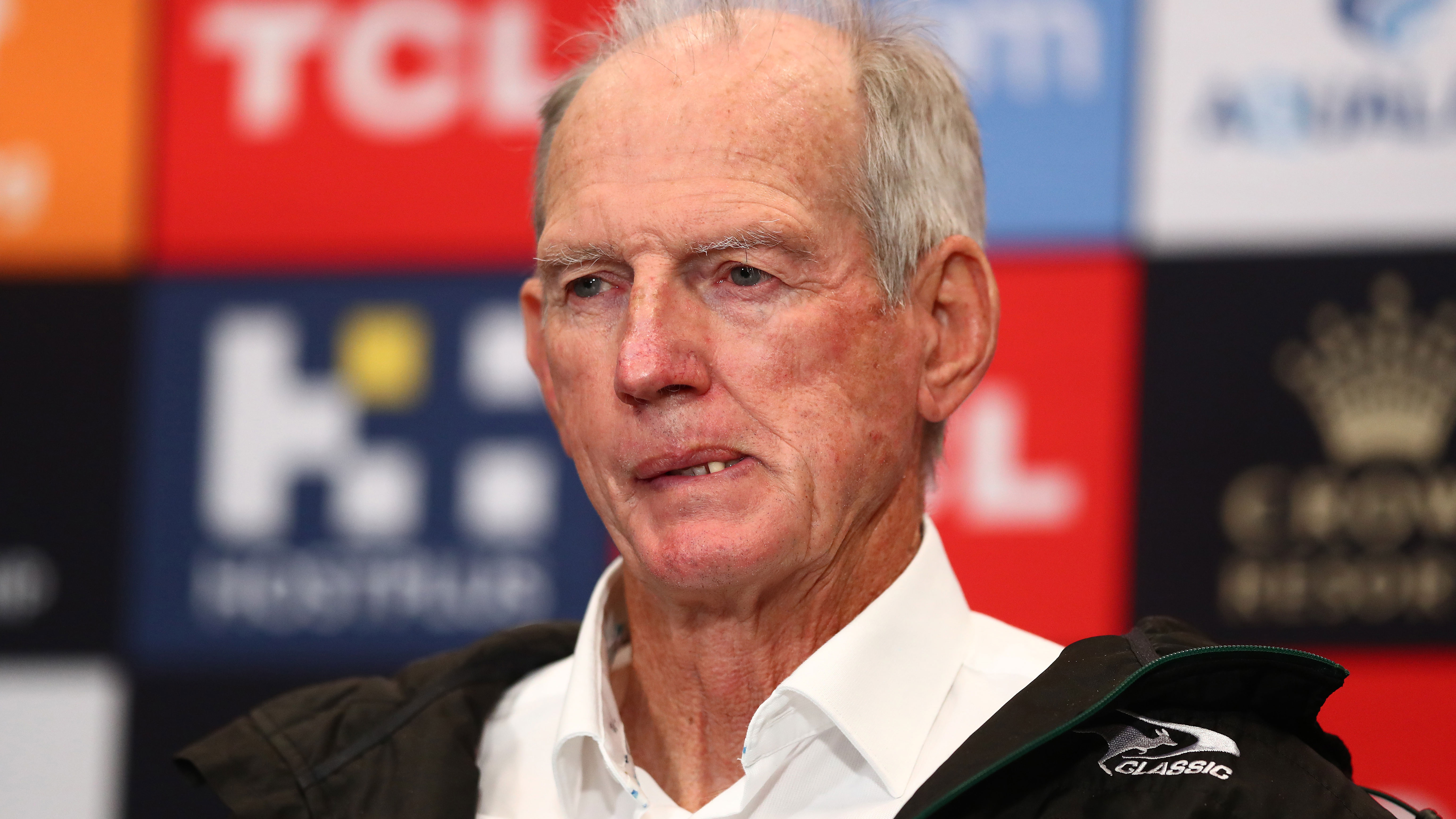 Maybe Penrith should have rested their players in Round 25. Would it have made a difference? Who knows.

Other teams rested players and then came out fresh and fired up. But Penrith had a few blokes missing in the weeks before that, so I understand why they played at full strength last week. That’s why the coaches get the big bucks, to make calls like that, because if we knew the answer to every question we’d all be Wayne Bennett.

It’s fair to say he’s just about mastered it.

Penrith can beat Melbourne in two weeks’ time, assuming they get past Parramatta this week, which I think they will.

I was really concerned for Penrith even before they ran out against Souths. 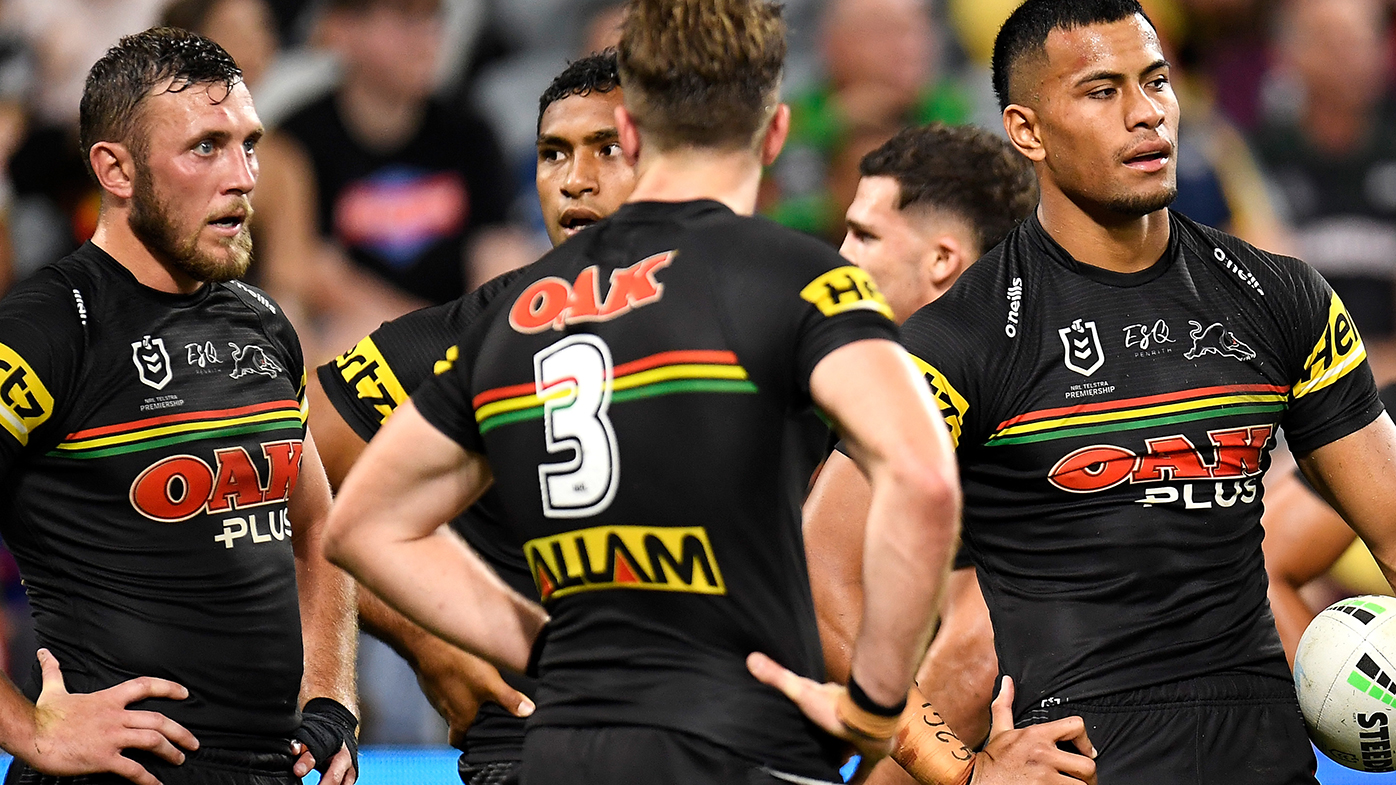 The day before I thought the result was done and dusted, I thought Penrith would win comfortably. But when I looked at their starting team and saw Viliame Kikau on the bench and Charlie Staines in the starting side, I was a bit taken aback.

When you’ve got Dylan Edwards out of that side, while he’s not necessarily that Billy Slater-type player at the back, he’s probably the best runner in the competition and the best support player.

Isaah Yeo made a break the other night, and had Edwards been playing he would scored under the posts. It was little things like that that Penrith really missed.

On top of that, Charlie Staines is not as big a body, normally it’s Edwards, Stephen Crichton and Brian To’o starting their sets off. It’s a huge difference when it’s a much smaller body like Staines bringing the ball out of trouble. 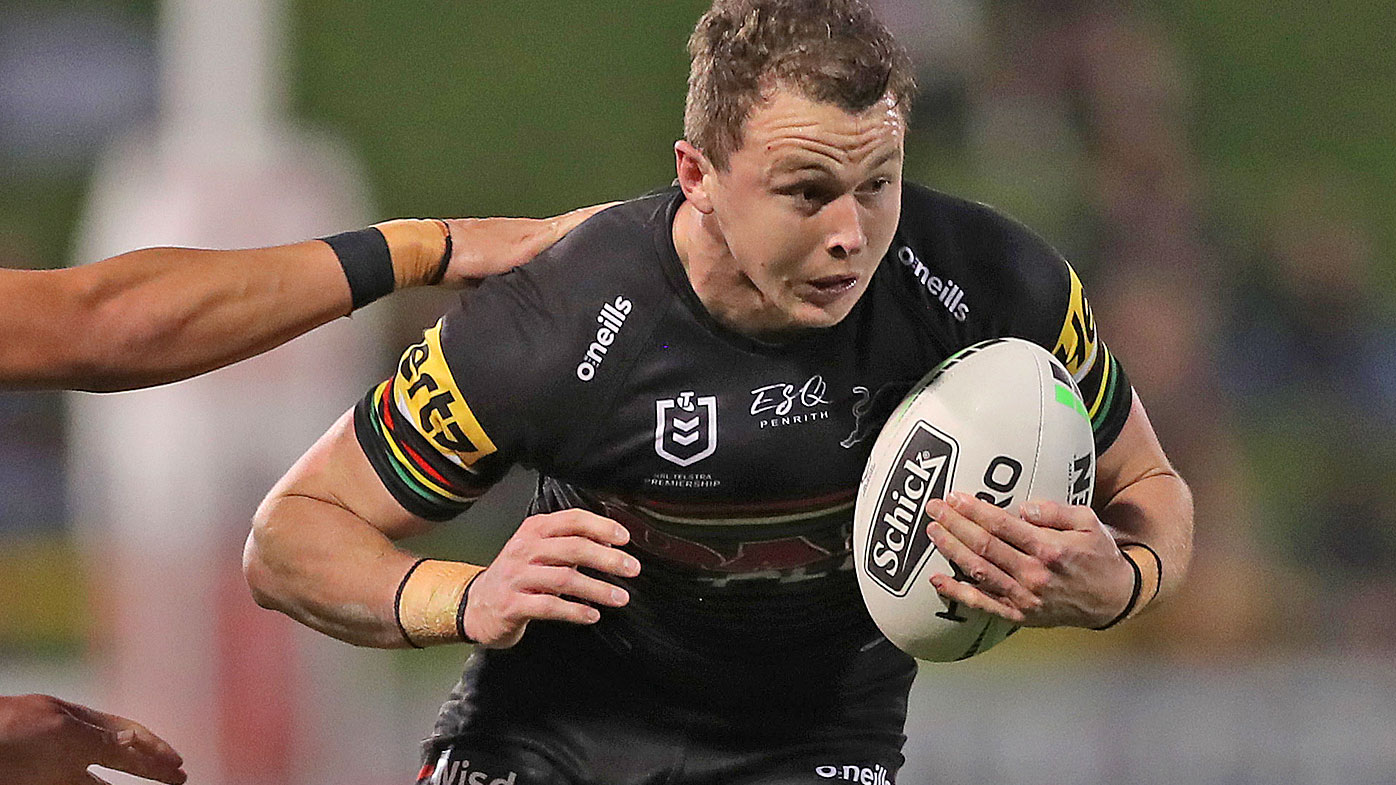 The pre-match sparring between Bennett and Ivan Cleary was great, it’s part and parcel of the game, especially at this time of year.

I love the theatre of finals when coaches try to do whatever they can to get any little advantage.

We’ve got to remember referees are human, even if they don’t read the newspapers. I haven’t look at a paper for about 10 years, but I certainly knew what was going on when I was playing. If anything was written about me, my friends and family would read it and you find out what’s being said that way. Now with social media it’s probably even harder to ignore.

For anyone to think Gerard Sutton wasn’t aware of what Bennett and Cleary said before the match, well, they’re kidding themselves. 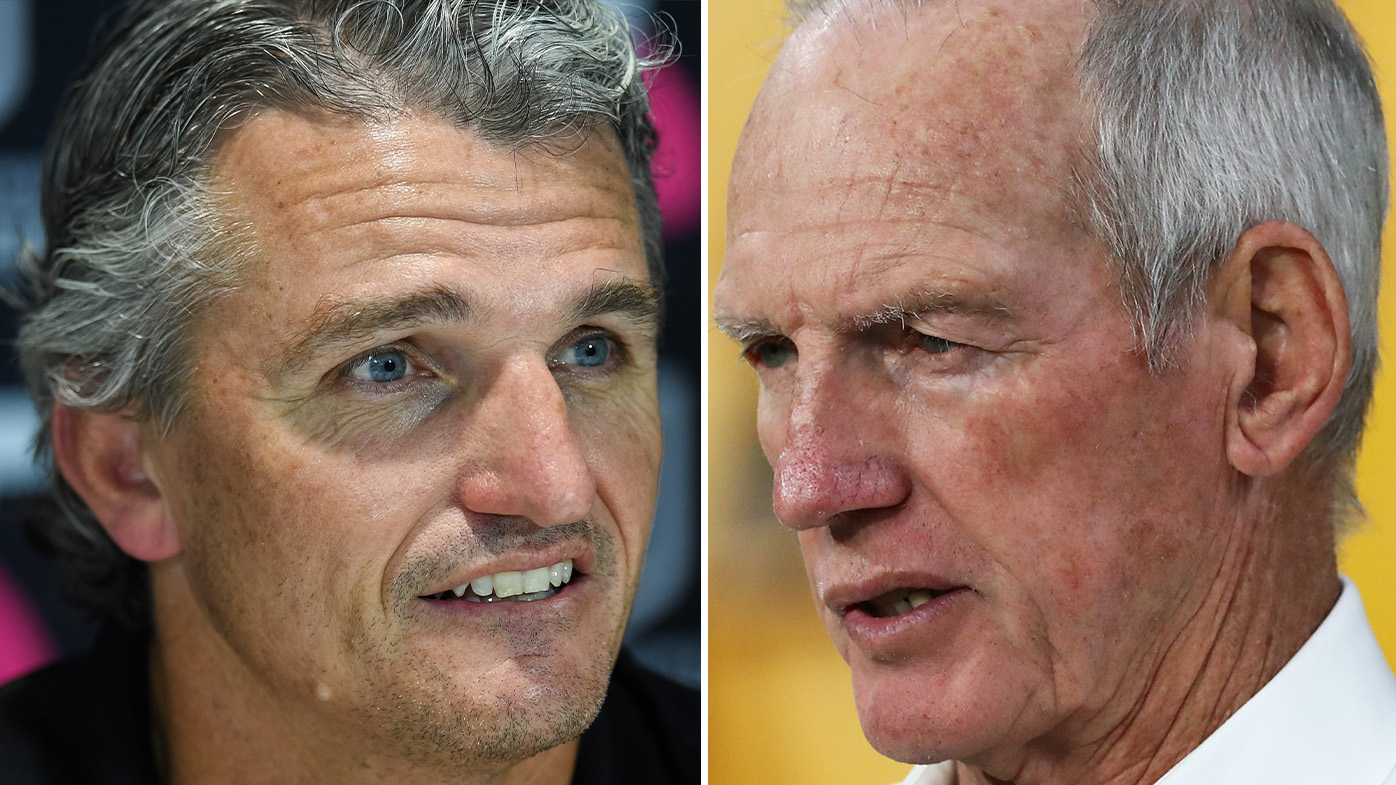 How much notice he actually took of it, I don’t know. He’s an experienced referee, he’s seen it before.

The funny thing for me was Penrith actually getting a penalty when Keaon Koloamatangi was pressuring Nathan Cleary, because there’s no way in the world that was a penalty. He was committed to the tackle, it wasn’t late, it wasn’t high, I can’t understand what it was for.

Luckily it didn’t influence the game, but I found it amusing after all that had been said pre-match!

I think the refereeing through most of the season was outstanding. I do radio for 2GB, and hardly anyone called about the referees until the last few weeks, which means they’re doing a great job. It’s only when it comes to a couple of big decisions at the business end of the season that things ramp up. 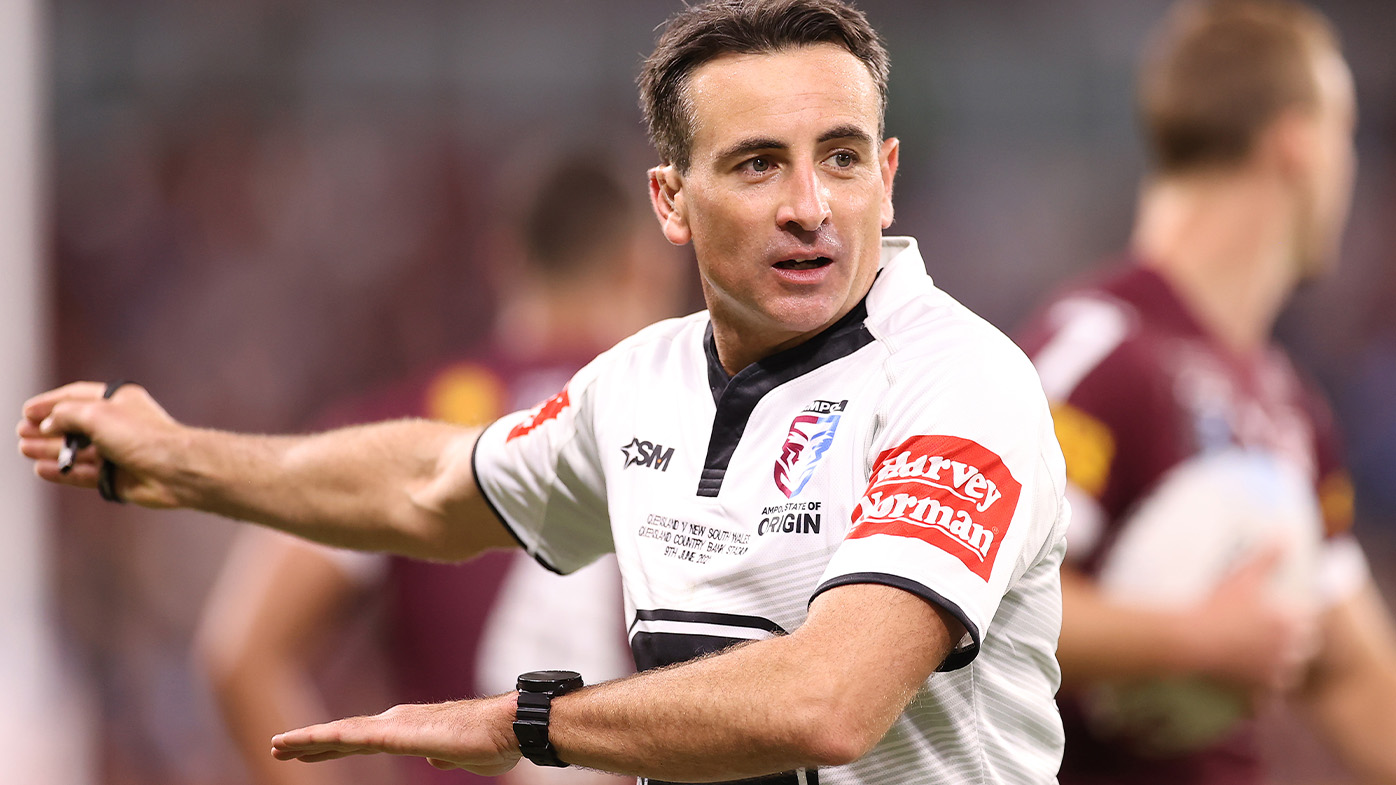 Of course we’ve seen times when the coaches have said something, and then the next week things go their way, because the refs are human.

And let’s be honest, the fans can’t get enough of it. Whenever a coach says something, we all love it. It gives us something to talk about for a few days. We’re talking about rugby league seven days a week, and it’s why we follow the sport. It’s why it’s as great as it is.

I love how the results this week have set things up. Melbourne are my favourites from here, but one thing that surprises me is they’ve used 32 players this season. That is a phenomenal number of players to have used. It’s freakish that they’re one game away from a grand final. Honestly. The year we won the comp at Cronulla we used 22 players.

It’s unbelievable the way players come into the Storm line-up and just do their job. They lose a couple of players and you wouldn’t even know. Nelson Asofa-Solomona has hardly played through the back end of the season, but they just carry on. You take someone out and another player slots straight in.

The way it’s turned out couldn’t have been scripted any better.