One of the coolest streaming services out there is Tubi, because it happens to be free (it’s ad-supported) and packed with classic horror movies. This week, we here at Arrow in the Head decided to browse through Tubi’s horror section and compile a list of ten of the Best Horror Movies on Tubi Right Now. Check it out!

If you’re into “art horror”, you’ll want to take a look at writer/director Gonzalo Lopez’s giallo-inspired thriller Sweet Pain (a.k.a. Dolorosa Gioia). The story centers on Carlo (Amiran Winter), a composer with emotional issues, whose marriage to Maria (Paula Celieres) is clearly on a dark path to tragedy. This is the sort of movie where you know something terrible is going to happen, but you don’t know what it will be or when. It’s a Spanish production, but it’s not Spanish language, as there is no dialogue. Every scene is carried by the musical score, along with the expressions and body language of the actors. This is a special one to us here at Arrow in the Head, because the site’s founder John Fallon was a producer on it.

Many have tried, but nobody has ever been able to bring the stories of author H.P. Lovecraft to the screen as effectively as Stuart Gordon. Gordon drew inspiration from Lovecraft several times over the course of his career, and for me the best of his Lovecraft adaptations is Re-Animator. The film stars Jeffrey Combs and Bruce Abbott as Herbert West and Dan Cain, medical students who go too far in their quest to find a way to overcome death, leading to horrific consequences for themselves and the people around them, including Barbara Crampton as Dan’s girlfriend Megan and David Gale as their teacher Doctor Hill. Producer Brian Yuzna continued the story with two lesser but entertaining sequels, Bride of Re-Animator and Beyond Re-Animator. They are also on Tubi. 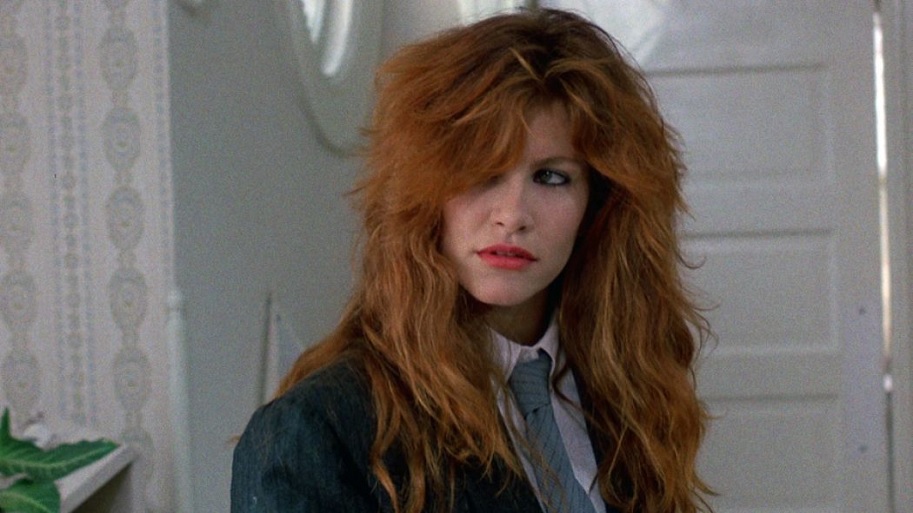 A wild ride that only could have come out of the 1980s, writer/director Kevin S. Tenney’s Witchboard centers on Jim and Linda (Todd Allen and Tawny Kitaen), a young couple whose lives begin to fall apart after Linda gets her hands on a Ouija board. She thinks the interactions she has with the spirit of a young boy are harmless, but she has actually opened herself up to an evil force that starts killing people around her and changing her demeanor. Tenney crafted an engaging mystery for Jim to solve as he tries to save Linda, brought some creepy moments to the screen, along with some cool slasher action, and filled his movie with fun characters (plus an unforgettable one called Malfeitor).

Writer/director Sang-ho Yeon’s Train to Busan may have been the best horror movie of 2016, and if you haven’t seen this South Korean zombie movie yet, Tubi has three different versions to choose from. You can watch it in its original Korean with subtitles (which is the option I would go with), or you can watch it dubbed in either English or Spanish. The story centers on a single father and his young daughter getting trapped on a train during an outbreak of fast zombies, but the best character is a fellow passenger played by Ma Dong-seok, who proves to be a total badass when faced with hordes of the undead. After seeing him bash his way through zombies, it’s no surprise Marvel cast him as a superhero in Eternals.

People have mocked slasher icon Chucky for his small stature over the years and some of his sequels have leaned further into comedy than horror, but when you go back and watch the 1988 film Child’s Play and see how director Tom Holland and screenwriter Don Mancini (with script revisions from Holland and John Lafia) first introduced the character, it’s no surprise he has stuck around as a genre icon. Holland made this killer doll, inhabited by the soul of a serial killer, come off as a real threat, a slasher who can take people down just as well as killers many times his size – and the vocal performance from Brad Dourif made sure we would take him seriously. Chucky is a nasty little bastard in his debut film, and more than thirty years later it’s still a lot of fun to watch. 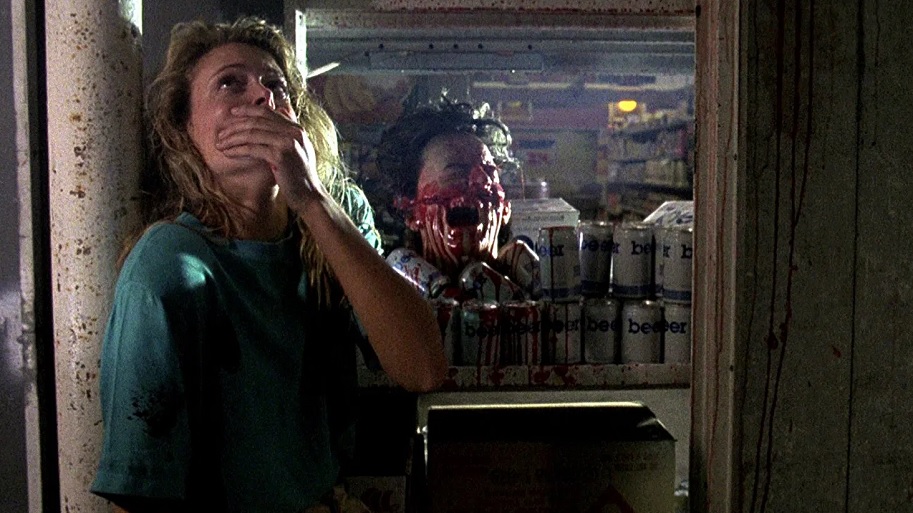 Directed by Evil Dead II co-writer Scott Spiegel, Intruder is one of the most entertaining slasher movies ever made, and not enough people have seen it. Problem is, for a long time this movie about supermarket employees getting knocked off one-by-one after business hours was only available in a heavily censored cut. Thankfully, the unrated cut is now widely available, including on Tubi. That’s the one to watch, as it delivers some of the best slasher kills of all time. The movie also features Spiegel’s Evil Dead II cohorts Danny Hicks, Sam Raimi, and Ted Raimi in acting roles, plus Bruce Campbell makes a quick cameo.

Don Coscarelli was only in his early twenties when he gifted the horror genre with the amazing Phantasm, the result of two years of filming on a budget around $300,000. The story of a young boy who discovers that the “Tall Man” (Angus Scrimm) who runs the local mortuary is an alien being who turns corpses into his shrunken-down, cloaked lackeys, Phantasm plays like a nightmare caught on film. Viewers were so captivated by the wacky ideas Coscarelli presented here, along with Scrimm’s performance and the visual of the Tall Man’s deadly flying spheres, the filmmaker and his collaborators were able to draw them back for four sequels. All of which are also available to watch on Tubi. 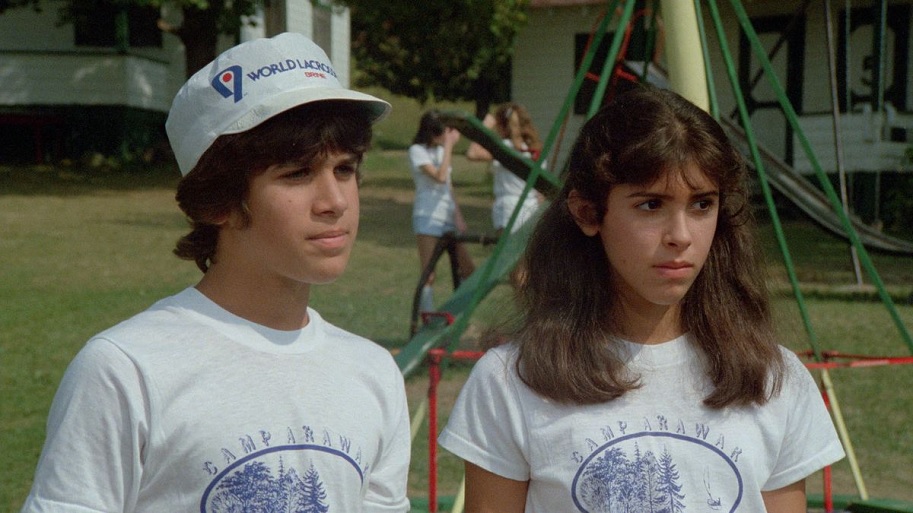 This is another instance where Tubi offers viewers the chance to have their own “franchise fest”; not only is writer/director Robert Hiltzik’s 1983 slasher Sleepaway Camp on the streaming service, the more comedic sequels by Michael A. Simpson are on there as well. Some fans prefer the tone of Sleepaway Camp II and III over the original, but for me the first one can’t be beat. Soon after introverted Angela (Felissa Rose) and her protective cousin Ricky (Jonathan Tiersten) arrive at Camp Arawak, terrible things start happening to some of the other people at the camp. And the victims all have one thing in common: they all messed with Angela in some way. Sleepaway Camp is a great, twisted slasher with an ending that really gets viewers talking.

Creepshow 2 has a couple less stories than its predecessor and director Michael Gornick didn’t have the budget to do as many comic book style effects as George A. Romero was able to do on the first Creepshow, but this film is still highly entertaining. Scripted by Romero, Creepshow 2 uses an animated wrap-around story to introduce three Stephen King tales: Old Chief Wood’nhead, about a wooden Native American statue that comes to life to avenge its murdered owners; The Raft, about a flesh-eating creature that resembles an oil slick terrorizing swimmers in a lake; and The Hitchhiker, about a woman who pays the price for a late night hit-and-run.

This isn’t just one of the best horror movies on Tubi right now, Tobe Hooper’s 1974 classic about a group of youths crossing paths with a family of cannibalistic maniacs – including one of the genre’s most famous icons, the chainsaw-wielding Leatherface (played by Gunnar Hansen) – is one of the best horror movies of all time, as well as one of the most incredible independent films ever made. It’s mesmerizing, intense, terrifying, occasionally amusing, and endlessly quotable. I will never get tired of watching this one. If you want, you could have a Texas Chainsaw Massacre marathon on Tubi, as the streaming service also has the awesome sequel The Texas Chainsaw Massacre 2 and the documentaries A Family Portrait and The Shocking Truth.