bill russell: ‘a lifetime phenomenon as an athlete’ the celtics

Bill Russell: ‘A lifetime phenomenon as an athlete’ The Celtics legend, Basketball Hall of Famer and civil rights activist will be remembered for more than just his on-court impact

From Jackie Robinson to Muhammad Ali to Colin Kaepernick, sociologist and longtime civil rights activist Harry Edwards has seen the historical political moments in sports on and off the field for more than 50 years. The civil rights activist, however, is confident there will “never” be another “generational giant” in the sports world like Bill Russell.

“We are all diminished by Bill Russell’s passing,” Edwards told Andscape in a phone interview on Sunday. “He is not just a generational phenomenon as an athlete. He is a lifetime phenomenon as an athlete. Never is a huge word in sports. But I don’t ever see the possibility of anyone of that caliber, status, integrity, dignity, and intelligence passing this way again. It’s been a privilege.”

Russell died at age 88 on Sunday, his family said via social media. The children and grandchildren of the Boston Celtics legend were able to say their goodbyes on Saturday, a source told Andscape. The 11-time NBA champion had been dealing with health issues in recent years, sources said.

Russell was widely considered a paramount figure in NBA history after winning 11 times with the Celtics in 13 years but was just as well known for being outspoken on social justice issues. The two-time Basketball Hall of Famer was the first African American coach in NBA history and a part of the first all-Black starting five. 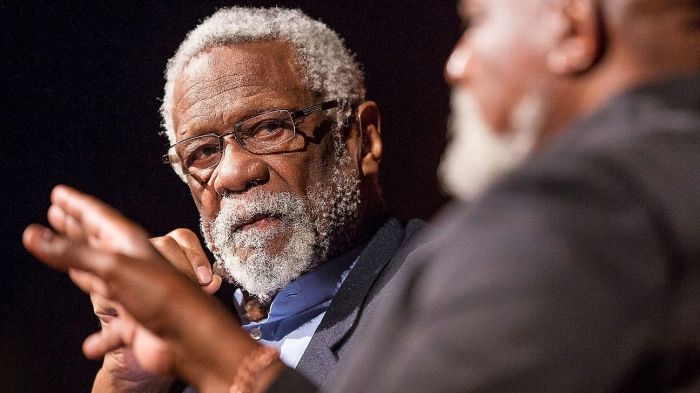 The Olympic gold medalist was a renowned civil rights advocate who led a player protest when Celtics players were denied service at a restaurant in Lexington, Kentucky, in 1961 and showed his support of NFL players who kneeled during the national anthem in 2017 by posting a photo of himself kneeling on his Twitter account. The five-time NBA MVP also once joined civil rights activist Martin Luther King Jr., Cleveland Browns running back Jim Brown and Kareem Abdul-Jabbar in 1967 as they supported boxer Muhammad Ali after he refused to be drafted into the Vietnam War.

Edwards heard about Russell’s death after getting a text message on Sunday morning from someone speaking for the NBA legend’s family.

“It was not surprising in the sense at 88 years old, like all of us in that neck of the woods, he was struggling with some things,” Edwards, 79, said. “But it’s still stunning to wake up in the morning and get that kind of news of someone of this caliber, of this significance. Literally, a generational giant in so many different sectors of American life, from sports to civil rights to the simple maintenance of the integrity and respect for the institution of the NBA, collegiate basketball and all the rest.

“He was so much to so many people. It’s just stunning even though everybody even quasi-close to him knew that there were some challenges he was facing at 88 years old.” 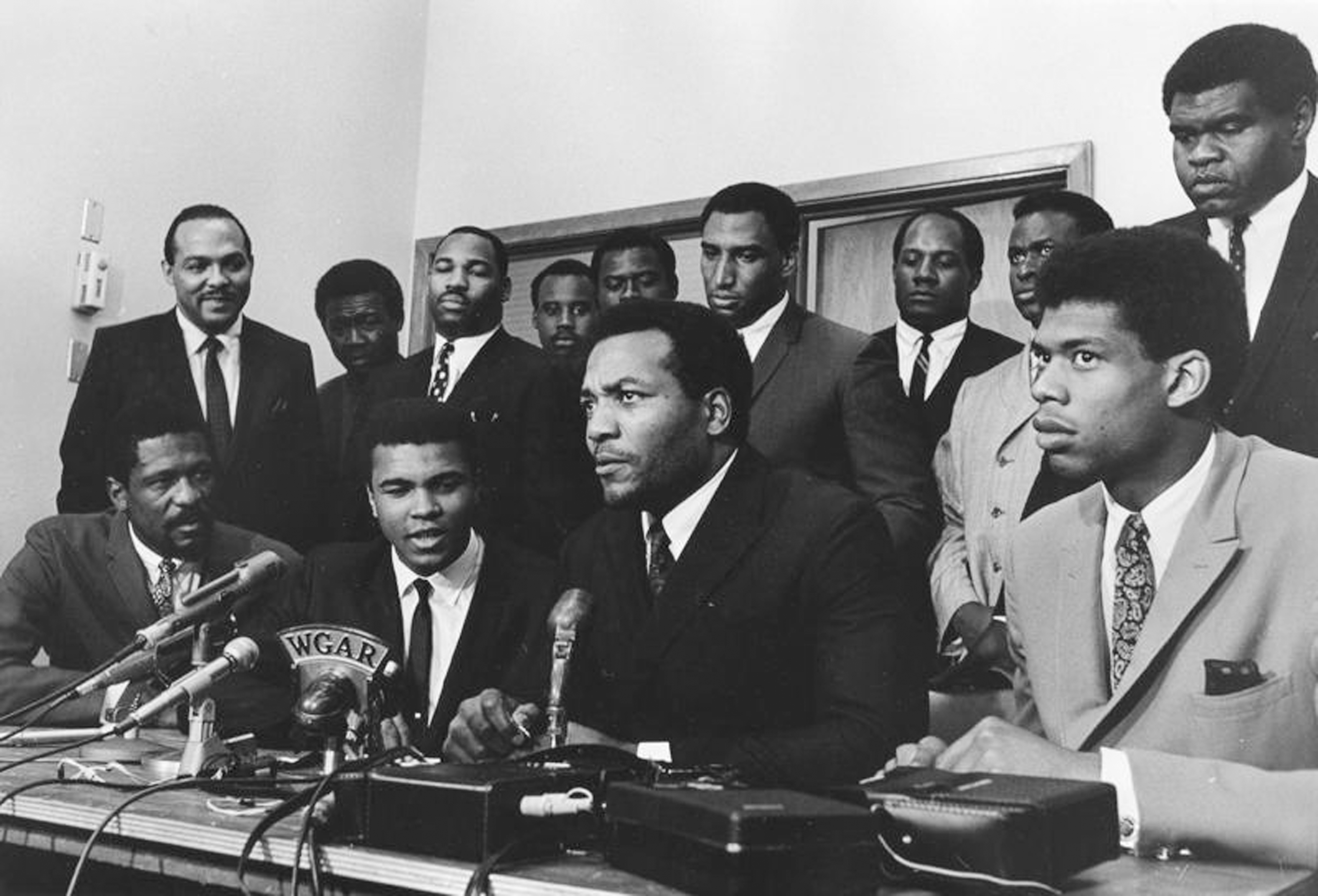 Front row, from left to right: Bill Russell, Muhammad Ali, Jim Brown and Kareem Abdul-Jabbar (then Lew Alcindor), listen to Ali give his reasons for rejecting the draft during the Vietnam War at a meeting of the Negro Industrial and Economic Union in Cleveland, June 4, 1967. Back row, from left to right: Carl Stokes, Walter Beach, Bobby Mitchell, Sid Williams, Curtis McClinton, Willie Davis, Jim Shorter, and John Wooten.

The news of Russell’s death was very painful for Red Auerbach’s daughter Randy, who learned of the news from a phone call from her sister Nancy. Red Auerbach was Russell’s only coach in the NBA until he got promoted to player-coach in 1966. While Russell dealt with racism during his career with the Celtics, today there is a statue in his honor outside of Boston’s City Hall.

“I think of Bill, and I hear his laughter,” Auerbach told Andscape. “He had that wonderful belly laugh. I not only think of him as a great basketball player, but a great man and a man of his convictions. The first words that come to mind with his passing is love and respect. My father and Bill Russell got each other. They were two complicated people in complicated times, and they seemed to get each other. They didn’t push boundaries within their relationship.” 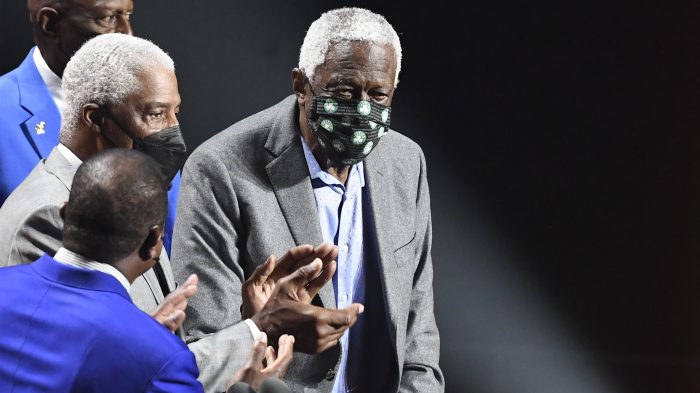 Upon hearing the news, Randy Auerbach immediately called Russell’s daughter, Karen Russell, to offer her condolences and a shoulder to lean on. Auerbach said that Bill Russell’s death felt like losing a family member.

“We are sisters from other parents,” Randy Auerbach said. “We kind of commiserated. I told her there is that split. The world lost Bill Russell, but you lost your dad. So, you have to be very conscious of the difference.”

Philadelphia/Golden State Warriors patriarch and Hall of Famer Al Attles played against Russell during his NBA days and was pained by the news of his death. Attles credited Russell for paving the way for Black NBA players.

“I am in a terrible place,” Attles, 85, said. “As great as he was as a player, once I got to know him, he was a much better person. There were a lot of things that he did for the Celtics, and he blocked my shots. But he was a great person.

“He opened a lot of doors and doors that you don’t talk about. He touched a lot of people.” 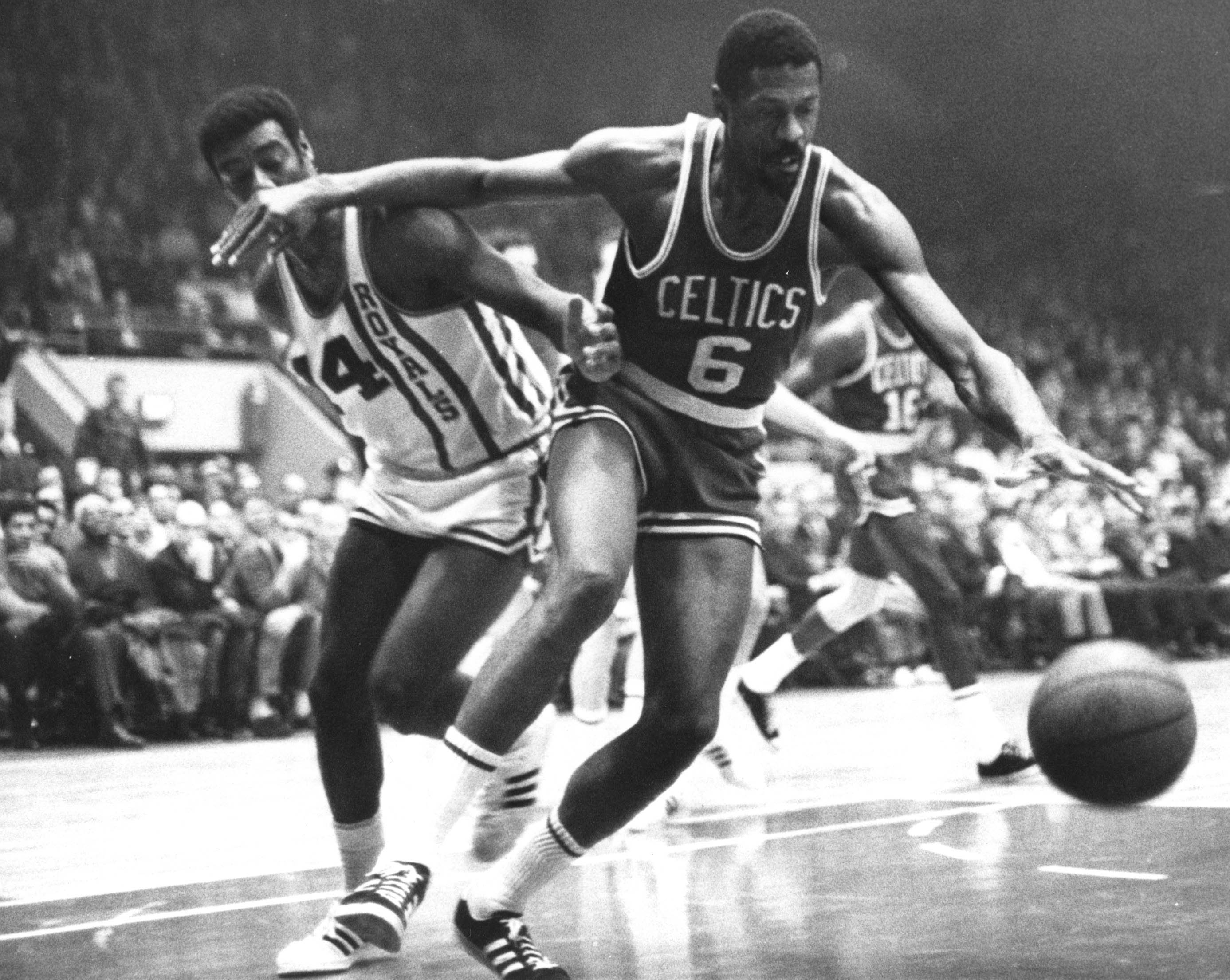 His outspokenness and advocacy extended to his relationship with the Basketball Hall of Fame. Though he was inducted in 1975, Russell refused to attend the ceremony or accept the ring because he believed other African Americans deserved the honor first and that there was racism in the selection process. It wasn’t until 2019 that the Presidential Medal of Freedom winner accepted his ring from the Hall. This came after former NBA forward Chuck Cooper, who became the first Black player drafted by an NBA team in 1950, was inducted into the 2019 Hall of Fame class.

In 2021, Russell was in Springfield, Massachusetts, to attend his second induction into the Basketball Hall of Fame as a coach who made history as the NBA’s first African American head coach. He led the Celtics to two titles as a player-coach and also coached the Seattle SuperSonics and Sacramento Kings. With health issues and concerns about COVID-19, Russell didn’t attend the news conference and several Hall of Fame activities for the Class of 2021.

The Oakland, California, native did, however, attend the Hall of Fame Tip-Off Celebration and Awards Gala at the Mohegan Sun Casino in Uncasville, Connecticut, where he received a Hoop Hall jacket on Sept. 10, 2021. Russell also spent time in a private room at the casino in May 2021 during the delayed Class of 2020 induction ceremony weekend, telling stories to much younger fellow Hall of Famers Paul Pierce, Kevin Garnett, Ben Wallace and Chris Webber.

“The main thing I remember is the captivation,” Pierce told Andscape last year. “He was telling us stories from the days when he was playing. He is still knowledgeable about the game today even at [his] age. He captivated all of us. In the picture, we’re all just listening to him. We are amazed by him.

“We have to cherish all these moments when we get in these types of environments. In this day and age we live in, you are seeing so many people go. So, to be around these types of legends and have this opportunity is a true honor. I cherish all of it.” 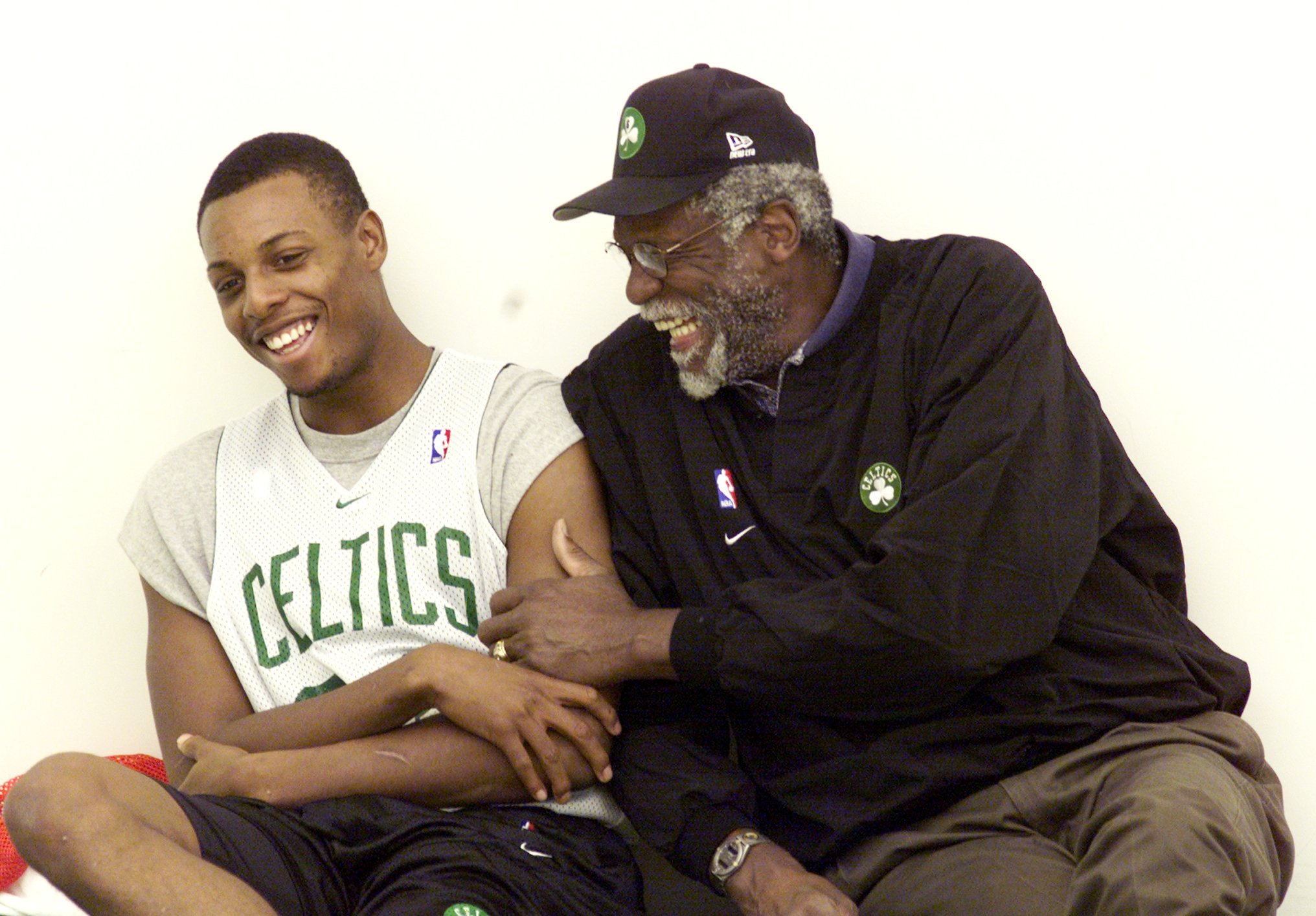 Paul Pierce (left), with Bill Russell (right) in 2000, was captivated by the Celtics legend in the later stages of his life. Said Pierce in 2021: “To be around these types of legends and have this opportunity is a true honor.”

The Hoop Hall Class of 2021 induction ceremony in Springfield would be the last time that the basketball world saw Russell on a public stage. Hall of Fame inductee Chris Bosh said during his speech that he told Webber that he was excited to be inducted with Russell. After a video speech by former President Barack Obama honoring Russell was aired on the Jumbotron, the latter was presented by fellow Hall of Famers Charles Barkley, Julius Erving, Spencer Haywood, Alonzo Mourning, Bill Walton, and Rick Welts.

John Doleva, president and CEO of the Basketball Hall of Fame, said Russell made it known that it was important to him that the museum continue to induct Black pioneers and overlooked legends.

“He saw over time that we were making the right moves in terms of African American players before him,” Doleva told Andscape in a phone interview. “There was evident widespread support of him being enshrined as a coach. Being the first African American coach was something to celebrate. He was a man of few words later in his life, but he quietly appreciated what we were doing. But he also gave me the look that there was more to do, which I took with enthusiasm.

“It was a joy for him to come back and to meet with his contemporaries and see the respect and reverential love he received from the younger players. Bill Russell represented something bigger than basketball for them and they were able to be in his presence. He had some satisfaction knowing he had impacted so many others.”