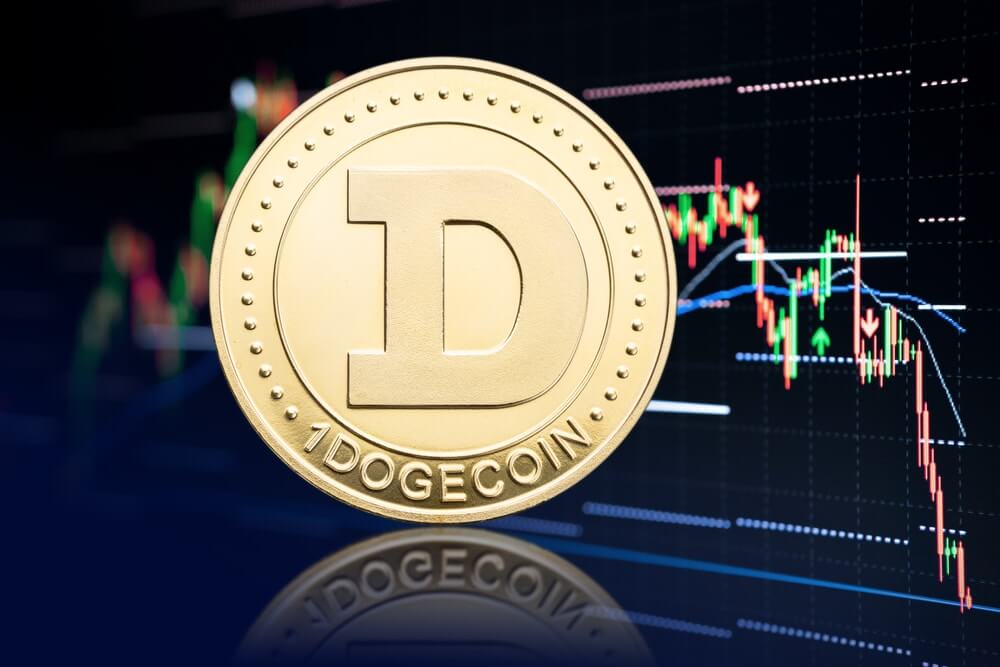 Looking at the daily time frame chart, we see that the Bitcoin price made progress yesterday and managed to climb above the 200-day moving average and 50.0% Fibonacci level. To continue on the bullish side, we need further to climb the price above the 20-day moving average, and after that, our target is 61.8% Fibonacci level at $ 51,230. The previous high at $ 54,000 is very close and re-testing if we go above 61.8% level. For a potential continuation on the bearish side, we need a new withdrawal below moving averages and 50.0% Fibonacci levels, followed by support looking for a lower 38.2% Fibonacci level at $ 42,625. The pressure is still evident on the price of Bitcoin, and for now, we do not have a clear picture of the longer-term trend. Investors expect the price to continue to rise, while countries want their regulations to follow the movements of Bitcoin, which definitely has a negative impact on the price. 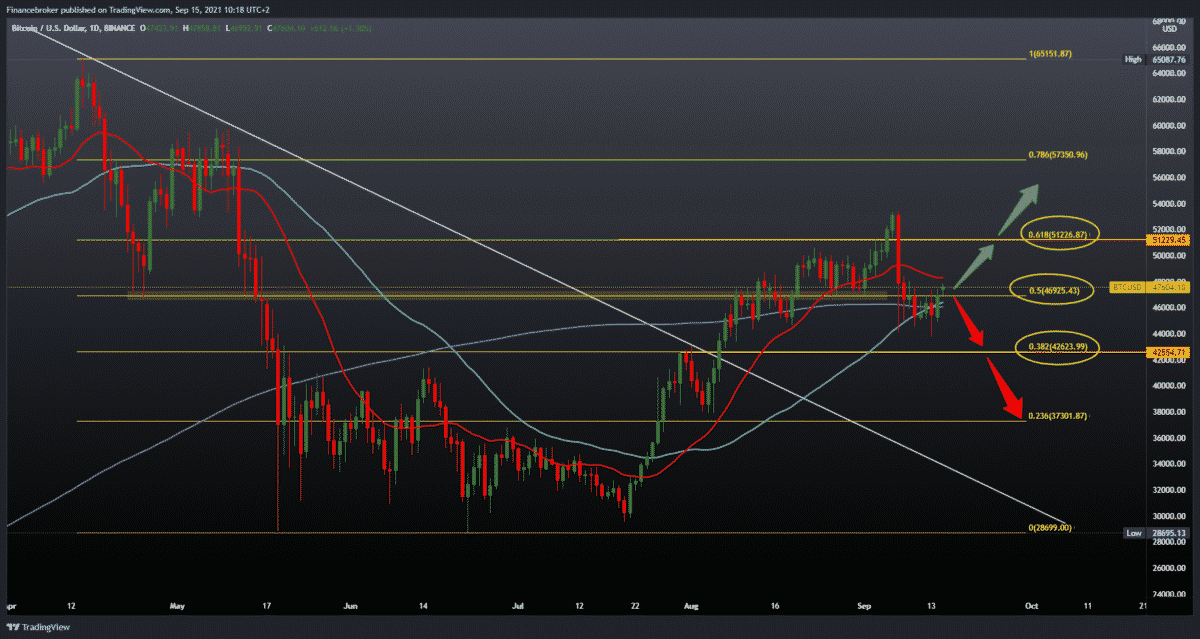 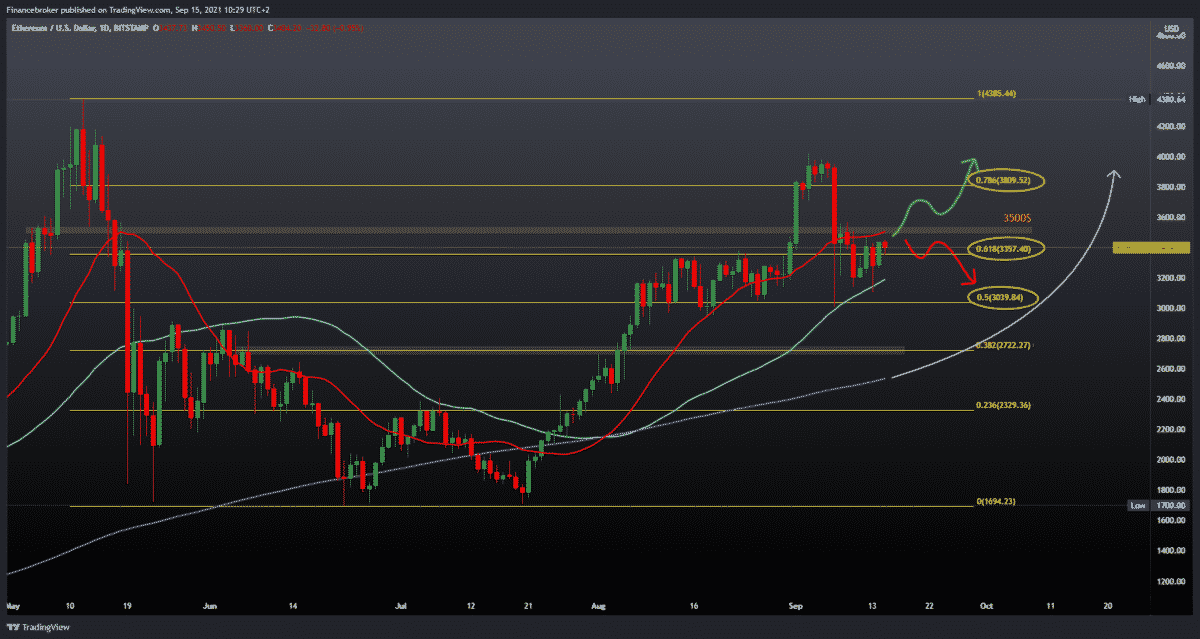 Looking at the daily time frame chart, we see that the Dogecoin price is still in tight consolidation, slightly below the 200-day moving average and other moving averages with support at 23.6% Fibonacci level at 0.22850. If, by any chance, the price breaks below this support, then we are looking for new potential support at the psychological level for investors and traders at 0.20000. We need a positive consolidation for the bullish scenario that will raise the price above moving averages and 38.2% Fibonacci levels to 0.27100. 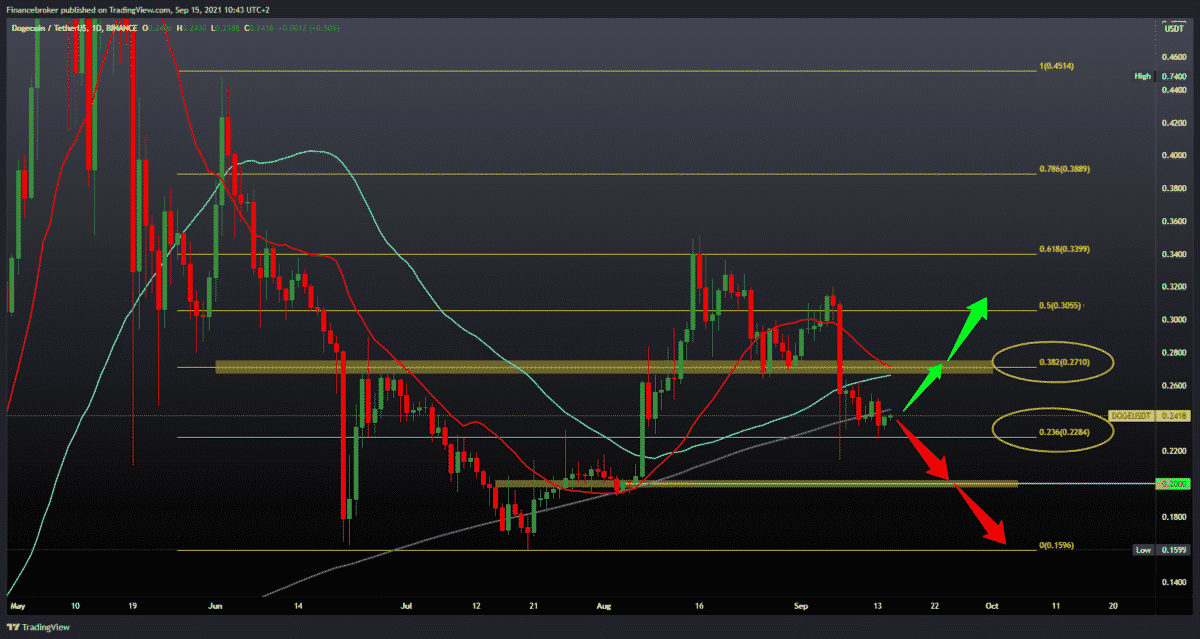 New research suggests that Bitcoin will consume as much energy as Pakistan this year.

The damage has long hit Bitcoin mining it does to the environment.

“It is estimated that the Bitcoin network will consume about 67 TWh  of electricity in 2020, and its total consumption has already exceeded this in 2021,” Bloomberg said. “It looks like 91 TWh of energy will be consumed by the end of this year – as much as Pakistan,” the report added.

Bitcoin has long been under fire from critics for its energy requirements, which critics say are too expensive to pay for cryptocurrency.

Proponents of bitcoin point to the alleged benefits of cryptocurrency – for example, by suggesting that assets can act as hedges against inflation — or even by pointing to the environmental damage traditional currencies and financial institutions have caused over the years.

Bitcoin energy consumption is often calculated in TWh, a unit of energy equal to a trillion watts per hour. It is often used to track the annual consumption of entire countries.

This figure is not constant either, as Bloomberg reported that its annual consumption for 2020 was 67 TWh. Yesterday – when the Bloomberg survey was published – there were 91 TWh. Today, it is 95TWh.

That’s a lot of energy – but again, the requirements for crypto, crypto-energy are ongoing. Earlier this year, China’s crackdown on crypto mining sparked bad news for miners but hinted at a potential victory for Bitcoin’s environmentally-oriented critics.

In June this year, crypto was consuming 68 TWh. That was far from the previous figures of approximately 141 TWh – which Bitcoin consumed before China’s mining ban began to bite.

But as a recent increase to 95 TWh shows, declining requirements for crypto, crypto-energy could have been short-lived before China banned mining, nearly two-thirds of all bitcoins miners in the country.

Since then, mining companies have migrated to other jurisdictions, such as Kazakhstan.