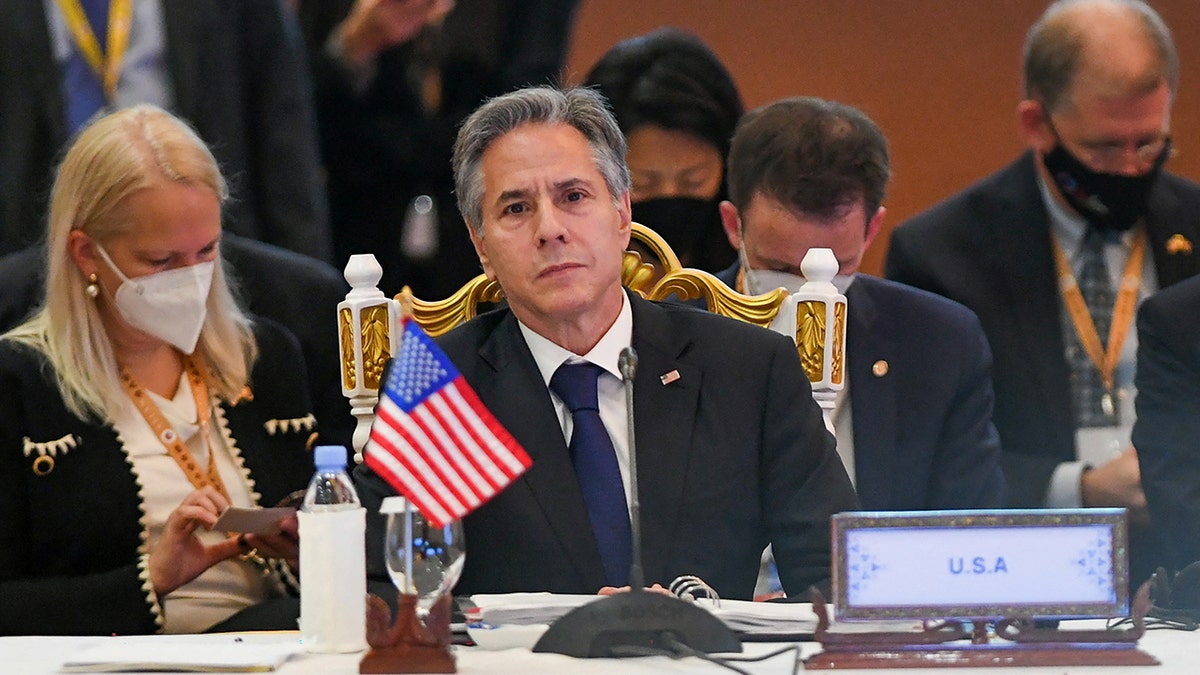 During a press conference in Phnom Penh, Cambodia, Blinken said China was overreacting to House Speaker Nancy Pelosi’s visit to Taiwan earlier in the week.

“China has chosen to overreact and use Speaker Pelosi’s visit as a pretext to increase provocative military activity in and around the Taiwan Strait,” he told a group of reporters at the ASEAN conference on Friday.

In his remarks, Blinken reiterated the U.S. officially adheres to the “One China” policy and does “not support Taiwan independence.”

“In short, the world wants to see us continue to support the status quo on the Taiwan Strait and advance our shared goals throughout the Indo-Pacific,” he added.

“We will stick by our allies and partners and work with and through regional organizations to enable friends in the region to make their own decisions free from coercion,” the senior U.S. official said. “We’ll take further steps to demonstrate our commitment to the security of our allies in the region, including Japan.”

Blinken also addressed the movement of four U.S. naval ships that were stationed east of Taiwan, conducting their own military exercises.

“We will fly sail and operate wherever international law allows we’ll continue to conduct standard air and maritime transits through the Taiwan Strait, consistent with our long-standing approach to working with allies and partners to uphold freedom of navigation and overflight, which has enabled the region’s prosperity for many decades.”

NANCY PELOSI SWIPES CHINA DURING PRESS CONFERENCE IN TOKYO, JAPAN: ‘THEY WILL NOT ISOLATE TAIWAN’

Japanese Foreign Minister Yoshimasa Hayashi, who is also at ASEAN in Cambodia, said China’s actions are “severely impacting peace and stability in the region and the international community, and we demand the immediate suspension of the military exercises.”

Japanese Defense Minister Nobuo Kishi said the missiles “threatened Japan’s national security and the lives of the Japanese people, which we strongly condemn.”

China often threatens to annex Taiwan by force, if necessary, while Japan and the U.S. continue to increase their military readiness to potentially respond to such an attack.