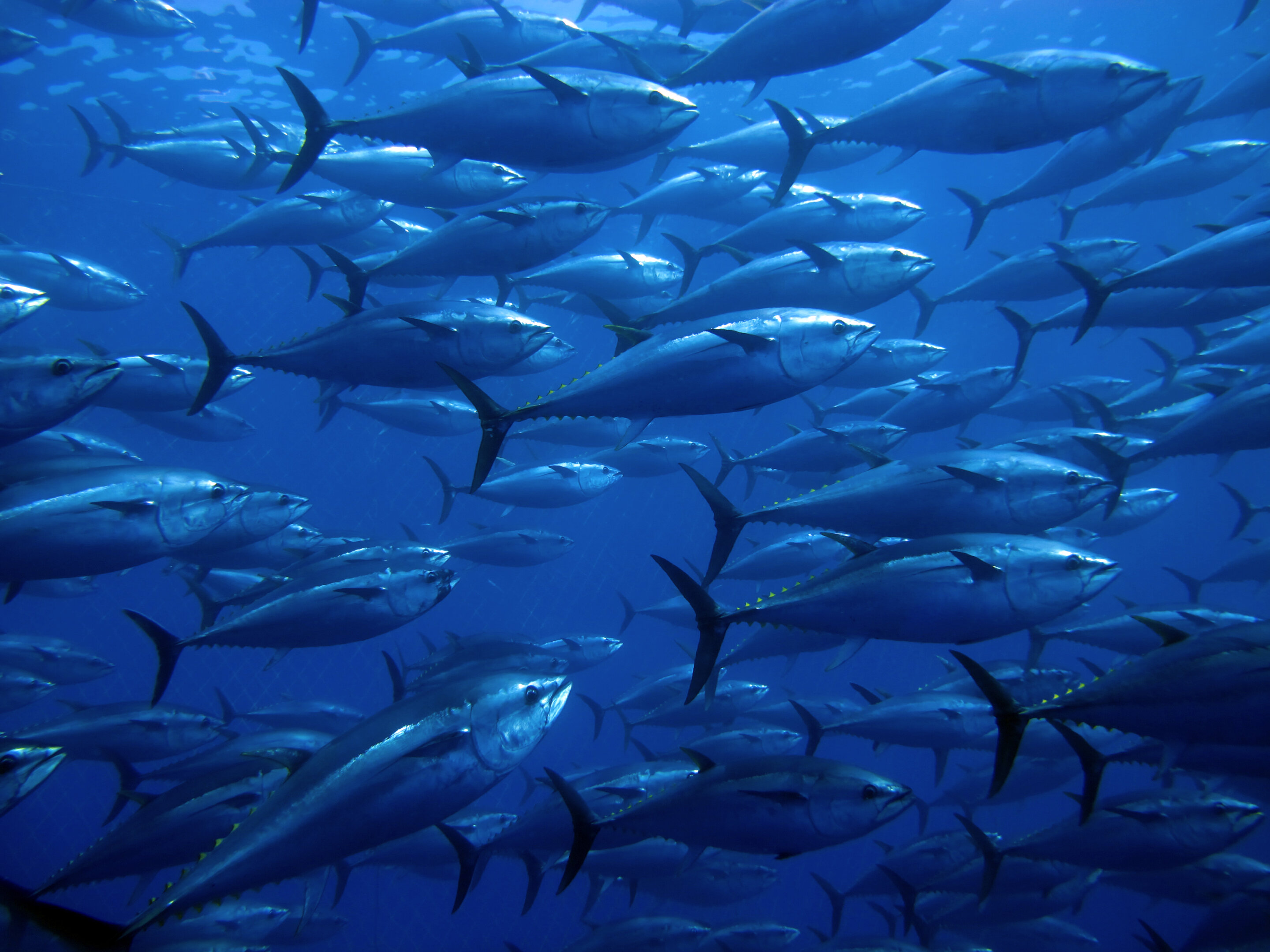 Bluefin tuna, a long-lived migratory species that accumulates mercury as it ages, can be used as a global barometer of the heavy metal and the risk posed to ocean life and human health, according to a study by Rutgers and other institutions.


The study appears in the journal PNAS.

Bluefin tuna, one of the largest and fastest fish species on Earth, are widely distributed throughout the world’s oceans, but overfishing due to consumer demand has severely depleted their stocks. They also have high concentrations of neurotoxic methylmercury in their muscle tissues, which increases with age. Methylmercury is the form of mercury that biomagnifies in aquatic food webs, resulting in neurotoxic concentrations in bluefin tuna meat that often exceed safe levels for human consumption. But how mercury accumulation varies among bluefin tuna distributed around the world isn’t well understood.

Various species of tuna have been proposed as bio-indicators of changes in ocean mercury pollution, but direct comparisons of fish tissue mercury concentrations across space and time are difficult because in addition to taxonomic differences, mercury levels in marine fish are affected by age, size, position in the food web and prey type and abundance, which vary according to local and global environmental conditions.

To address such issues and provide a standard basis of comparison for mercury pollution across the world’s oceans, the researchers compared changes in muscle mercury concentration among bluefin tuna species from four different ocean sub-basins. There are three species of bluefin: Atlantic (the largest and most endangered), Pacific, and Southern. Most catches of Atlantic bluefin tuna are from the Mediterranean Sea, which is the most important bluefin tuna fishery in the world.

Observed global patterns correspond to levels of mercury in each ocean sub-basin—the Mediterranean, north Pacific and Indian Oceans are subject to natural processes like mercury leaching from rocks and to human contamination from metal mining, smelting and burning fossil fuels, while the north Atlantic Ocean is less so. Mercury accumulation rates in bluefin tuna as a global pollution index reflects natural and human sources and global circulation of deep-ocean currents driven by differences in the water’s density, which is controlled by temperature and salinity, the researchers found.

“Our study shows that mercury accumulation rates in bluefin tuna may be used as a global pollution index that can reveal patterns of mercury pollution and bioavailability in the oceans, natural and human caused emissions and regional environmental features,” said one of the study’s senior authors John Reinfelder, a professor in the Department of Environmental Sciences at Rutgers University-New Brunswick whose research focuses on the biogeochemistry of chemical elements in marine and freshwater ecosystems. “Overall, mercury accumulation rates provide a means to compare mercury bioavailability among geographically distinct populations of upper trophic level marine fish across ocean sub-basins, to investigate trophic dynamics of mercury in marine food webs and to improve public health risk assessments of mercury exposure from seafood.”

The study was conducted in collaboration with researchers from National Taiwan University and the University of California, Santa Cruz.

Mirroring a drop in emissions, mercury in tuna also declines