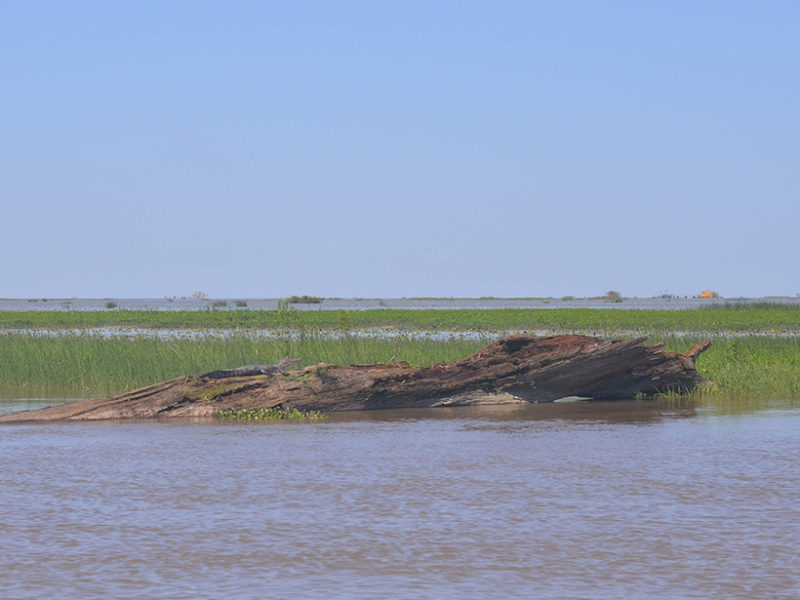 The Mississippi River Delta is sinking, its coastal wetlands are disappearing, and its coastal marshes are drowning. The delta has been aggressively engineered for about 200 years, with the building of diversions (like levees or alternate channel paths) to control the flow of water. As with many deltas, those diversions are often built near the coast. But a novel approach has identified a better location: cities.

The strategies behind most river diversions are driven by economic concerns and “really ignore the natural process of the river to want to avulse at a specific place with some average frequency,” said Andrew Moodie, a postdoctoral researcher at the University of Texas at Austin. The process of avulsion, in which a river jumps its banks to flow on a steeper slope, is crucial to flooding and river dynamics. But diversions notwithstanding, that water will eventually go where it wants, which can result in flooding, loss of homes and businesses, and even loss of life.

Moodie and his colleagues’ new research, published in the Proceedings of the National Academy of Sciences of the United States of America, describes a new framework for selecting the optimal placement for river diversions. “Because of the interaction between the river wanting to do what rivers do and a society that wants to minimize damage to itself, there emerges a best location that does both of those things,” said Moodie. “It lets the river do the closest to what it wants to do, but it also minimizes the damage to the society.”

“It’s actually easier to justify more expensive projects because you have to protect this infrastructure now or you lose so many more benefits from it.”Moodie’s framework combines two models. The first simulates river and sediment movement scenarios to predict the timing of avulsions; the second estimates the societal benefits of diversions by factoring the cost of flooding damage and the costs of diversion engineering, like buying land and construction, as well as annual revenues (from agriculture, for example).

Moodie’s framework points to urban areas as often better locations for river diversions than the rural and suburban areas where most river diversions are constructed. This finding counters a prevailing theory that cities are less sustainable and may have to be abandoned as seas continue to rise. Placing diversions closer to cities makes economic sense because losses from flooded farmland may last a season, but floods in urban areas can cause longer-term damage. “It’s actually easier to justify more expensive projects because you have to protect this infrastructure now or you lose so many more benefits from it,” he said.

“River management has a complex history that we’re trying to fit into,” Moodie said. “We are geomorphologists, we’re scientists, but we recognize and want to stress the importance of contextualizing our work within the societies that it matters to.” 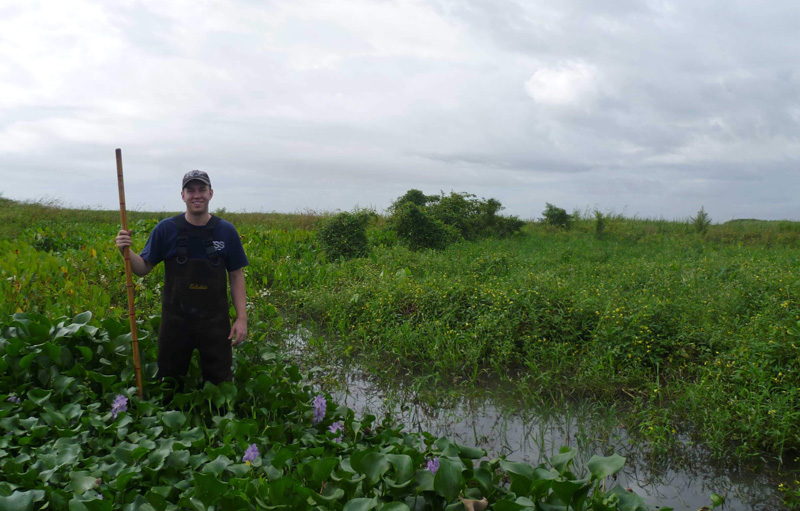 The Mississippi River Delta has been engineered for hundreds of years and is sinking—but a new approach to river diversions outlined by Andrew Moodie (pictured) could help protect it. Credit: Andrew Moodie

Jaap Nienhuis, an associate professor of geosciences at Utrecht University in the Netherlands who was not involved in the new research, said the study is elegant and novel. “It’s one of the first papers that tries to couple human action and also landscape dynamics for river deltas,” he said.

The framework could help river engineers and others responsible for river management by offering a discrete set of parameters, said Nienhuis. “It gives people an overview of things to consider without it getting out of hand in terms of the things you need to worry about.”

Flooding is not, of course, a problem limited to the Mississippi Delta; it’s happening around the world because of sea level rise, storm surge increases, and human interventions, like sea walls, which can make the problems worse.

“By protecting us from floods, we’ve also eliminated any natural land area gain or elevation gain in deltas,” Nienhuis said. “So we’re definitely trying to shift the focus to how can we have diversions, for example, that would make deltas gain some land and be more resilient against sea level rise.”

Sea level rise itself is a variable Nienhuis would like to see incorporated into Moodie’s framework. The current models “keep sea level constant, and [researchers] let the delta grow,” he said. “It would be interesting and I think a relatively straightforward follow-up to have sea level rise and see what that does to these findings.”