Capcom Reveals Monster Hunter Rise: Sunbreak Roadmap For 2022 And Beyond

During the Capcom Showcase earlier on, we got a look at a new trailer for the upcoming Monster Hunter Rise: Sunbreak DLC and the announcement of a free demo.

Included within this news was also a look at the DLC’s roadmap for 2022 and beyond. Capcom has already outlined what hunters can expect in August. First up will be Lucent Nargacuga, along with the location, Forlorn Arena.

This will be followed by more rare species and subspecies monsters in Fall 2022, in another free title update. Beyond this – the Winter update for 2022 will include “several monsters” and moving into 2023, we can expect even more “free title updates”. 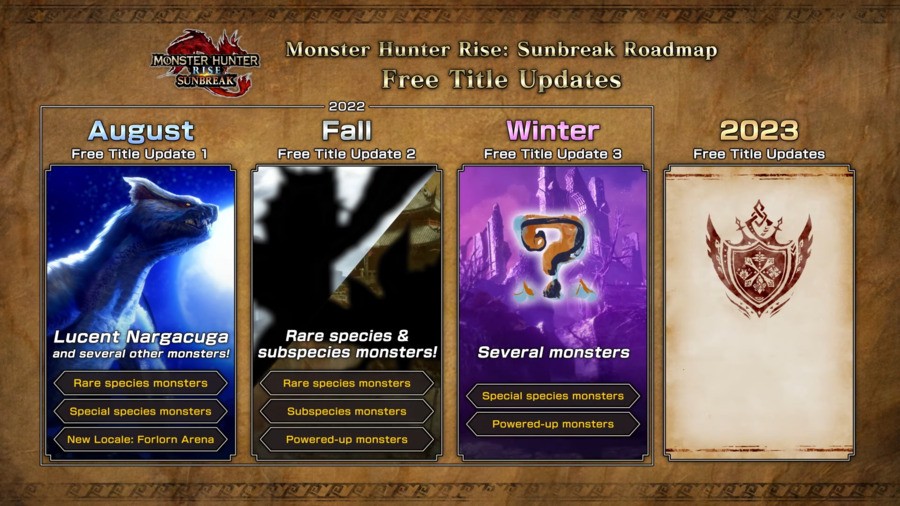 What do you think of the content en route to Monster Hunter Rise: Sunbreak? If you’re curious to see what the fuss is all about, there’ll also be a demo available later on:

How eBay Reimagined Its Analytics Landscape

Gartner reveals 8 cybersecurity predictions for the next 4 years

Amazon says its drones will deliver packages to backyards this year

What is Google Maps and How Can it Be Used to Teach? Tips & Tricks