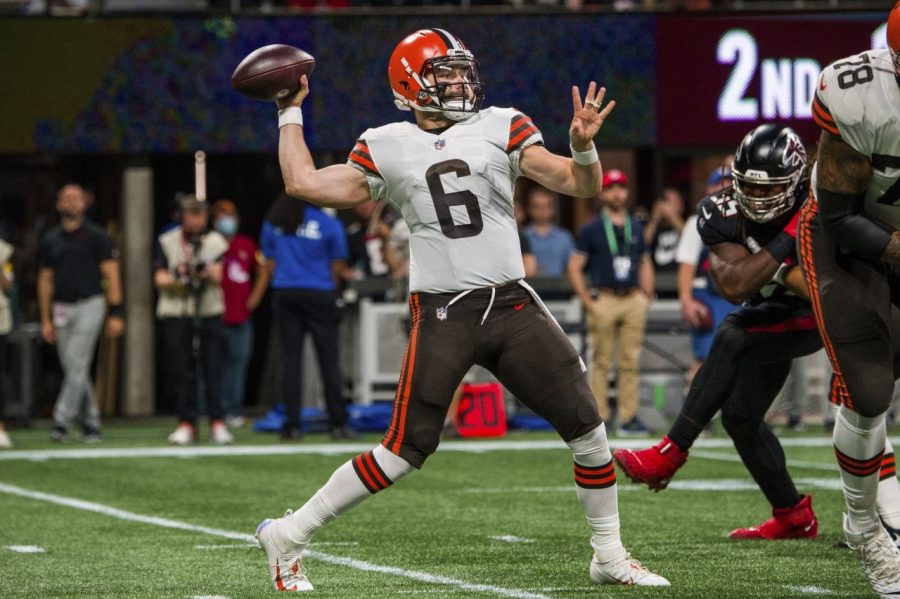 **Related Video Above: Cleveland Browns fans get excited at second preseason game of the year.**

ATLANTA (WJW) —The Cleveland Browns won their final preseason game Sunday night against the Atlanta Falcons. It was the final tune-up before the team opens the regular season against the Kansas City Chiefs on Sept. 12.

Quarterback Baker Mayfield did indeed start and played on Sunday night, marking his 2021 preseason debut, but wasn’t in for long.

The Browns scored a touchdown around the 4-minute mark of the first quarter, making the score 7-0, with a clutch field goal.

Into the second quarter, the Atlanta Falcons came back with a field goal, making the score 7-3.

The Browns did come back with some field goal action, making the score 10-3.

And that’s how the score remained going into the second half of the game. But soon the Browns were able to make a kick count.

The Falcons did come back at the start of the fourth quarter, turning the score into 13-10. Luckily, the Browns were able to retaliate and the score was 19-10.

And that’s how the game ended.

Earlier this week head coach Kevin Stefanski said they have a plan with Mayfield and they will see how it goes as to how long the Browns quarterback will play.

As far as the other starters, Stefanski is making a decision based on every single player and what he and the coaches feel that player needs to get in terms of the number of plays they play.

This is a pivotal game for a lot of players on the back side of the roster, final cuts are coming up next week and this is their final chance to show the coaches what they have before roster spots are decided.

“It has been such a competitive camp for these roster spots. I am so appreciative of the way the guys have worked. Those conversations are ongoing. This is all part of the evaluation process. I can’t tell you exactly how many spots there are, but I do think these game reps are really valuable in the overall evaluation,” said Stefanski.

The Browns must have their roster cut down to 53 players by Tuesday at 4 p.m. Right now, teams are allowed to carry 80-players on their roster.

‘Super Bowl or bust’: Browns fans have high hopes for year ahead as preseason continues

Sunday’s game vs. the Falcons kicks off at 8 p.m.