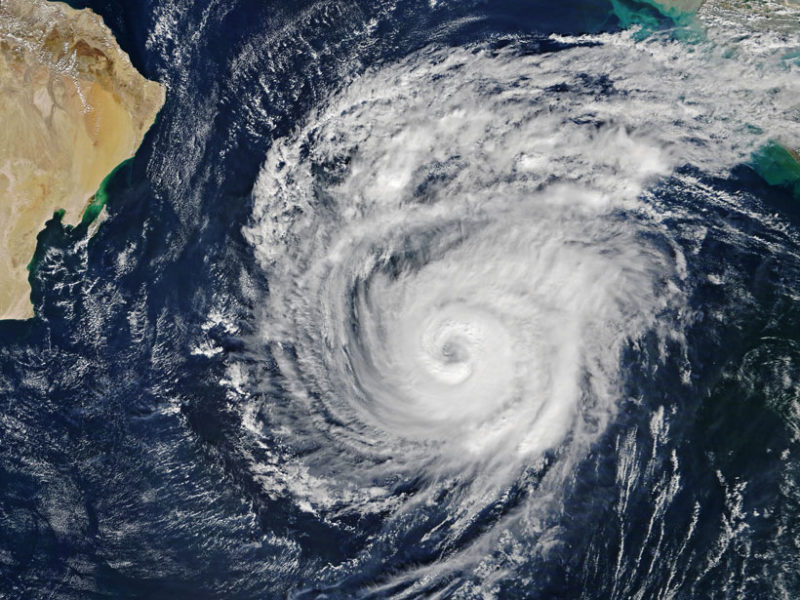 “We studied data covering about 38 years by dividing [the period] into two epochs of 19 years each. In the Arabian Sea, we found that the intensity, frequency, and duration [are] increasing, but in the Bay of Bengal there has been no significant change,” said Medha Deshpande, lead author of the study and a scientist at the Indian Institute of Tropical Meteorology (IITM).

Reasons for the increase in cyclonic activity in the Arabian Sea include increases in sea surface temperature and tropical cyclone heat potential. Both measures are reliable indicators of climate change.

The recent Sixth Assessment Report by the Intergovernmental Panel on Climate Change (IPCC) showed that the Indian Ocean is experiencing the world’s fastest rate of ocean surface warming.

Roxy Mathew Koll is a climate scientist at IITM, a coauthor of the new study, and a reviewer of recent IPCC reports. He explained that in the Indian Ocean, the Arabian Sea showed temperature changes reaching up to 1.2°C–1.4℃ over the past 20 years. “Compared to global ocean surface warming of 0.8°C–0.9℃, this is quite large,” he said.

On the basis of past cyclone tracks, Koll listed the Indian states and territories that may be most affected by increased activity: Lakshadweep, Gujarat, Maharashtra, Karnataka, and Kerala. Lakshadweep, composed entirely of tiny islands hundreds of kilometers off the coast of Kerala, is particularly vulnerable. The archipelago’s very survival has come under serious questioning given the threats posed by cyclonic activity, sea level rise, and coastal erosion.

Experts said one manner in which states could prepare for the onslaught by cyclone is by conserving mangrove ecosystems. Such techniques also have benefits for climate adaptation and disaster risk reduction. Detailing the benefits mangroves offer, Koll said they reduce the impact of winds and flooding during cyclones and can regrow following cyclonic damage.

In addition to mangrove conservation, “we need to allow rivers to bring fresh water, sediments, and nutrients to estuaries and deltas,” said Jagdish Krishnaswamy, a senior fellow at the Suri Sehgal Centre for Biodiversity and Conservation, Ashoka Trust for Research in Ecology and the Environment. Krishnaswamy, also a coordinating lead author of the IPCC report, was not involved in the new study.

Low-lying coastal areas depend on such sediment flow from rivers to offset soil erosion into the sea. India’s west coast is a very narrow strip of land abutted by the mountains of the Western Ghats, leaving its population “highly vulnerable to disasters because of sea level rise, reduced sediment flow because of dams upstream, and increasing cyclonic activities,” Krishnaswamy noted.

Overall, Krishnaswamy said, the increased vulnerability of the west coast to cyclonic activity demands that developmental plans (including the country’s Coastal Regulation Zone notification system) take the effects of climate change into consideration. In particular, he stressed that natural climate infrastructure like mangroves be given more attention to enhance resilience to flooding and storms.