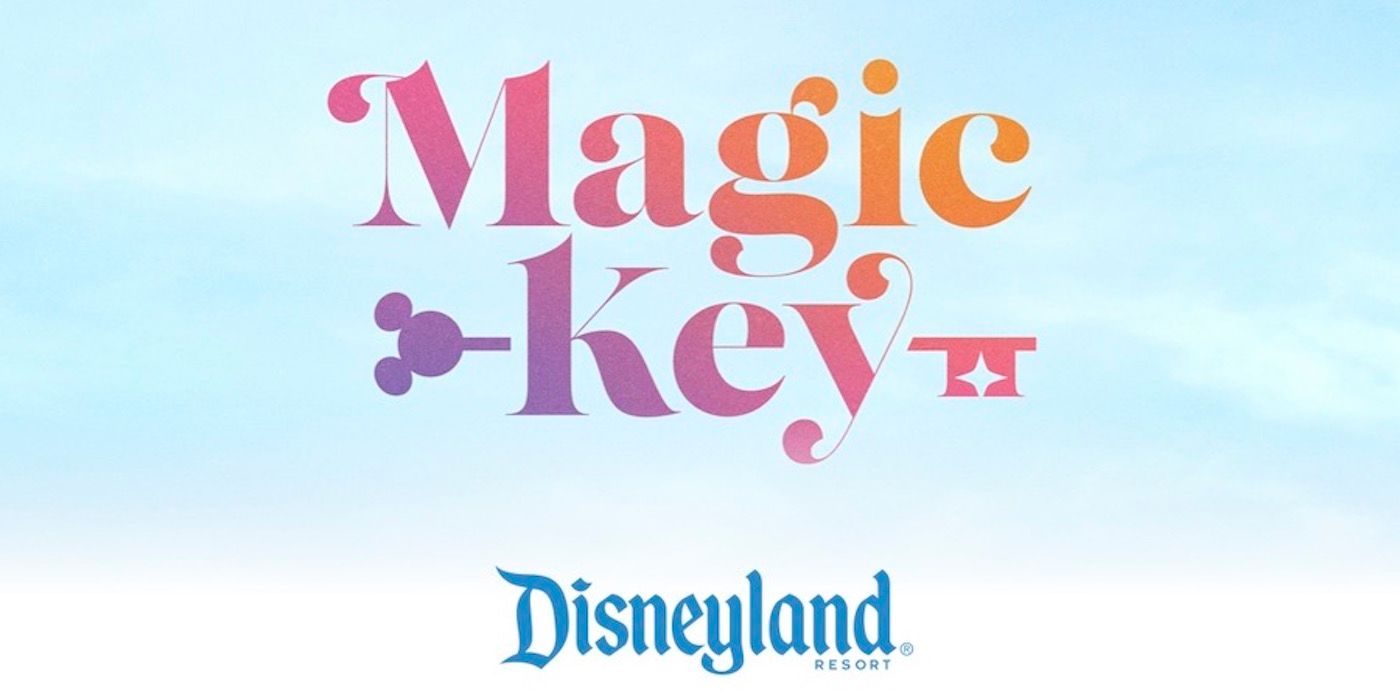 After cancelling its annual pass program earlier this year, Disneyland Resort has announced its replacement: the Magic Key Program. Their are four different options to the Magic Key passes, which the Disney Parks blog calls “a new, guest-centric offering that will deliver choice, flexibility and value for park admission, special access to unique experiences, valuable saving opportunities and so much more.”

The most expensive of these options is the Dream Key, which runs at $1399, or $102 per month for 12 months for California residents, after a $179 down payment. This pass is called a “reservation-based admission to one or both theme parks every day of the year,” which will allow for up to 6 park reservation holds at a time, and also offers 20% off select merchandise, 15% off select food and beverages, and theme park parking is included.

The next option is the Believe Key, which is $949, or $65 per month for 12 months for California residents, also after a $179 down payment. This pass is a “reservation-based admission to one or both theme parks most days of the year,” which will allow for 6 park reservation holds at a time, and offer 10% off select merchandise, as well as select food and beverage, and 50% off theme park parking.

The third choice is the Enchant Key, a $649 pass, or $40 per month after 12 months for California residents, after a $179 down payment. This option is a “reservation-based admission to one or both theme parks select days of the year,” allowing up to 4 park reservation holds at a time, as well as 10% off both select merchandise and select food and beverage. However, this option does not offer a discount on parking.

Finally, the cheapest option is the Imagine Key, a $399 pass available only for Southern California residents, which also offers a $19 a month option for 12 months after a $179 down payment. The Imagine Key allows a “reservation-based admission to one or both theme parks select days of the year,” with users allowed to hold up to 2 park reservation holds at a time, and gives users 10% off both select merchandise and select food & beverage. Again, there is no discount for parking with the Imagine Key pass.

Disney also states that their theme park reservation system is a “cornerstone component of the Magic Key program.” Disney states that the Disneyland app will also be introducing a Magic Key portal. The Magic Key pass will also offer guests access to other surprises, as the Disney Parks blog also says, “Throughout the year, they may be able to enjoy special benefits such as a dedicated dining experience and custom menu items at the Magic Key terrace, special offerings at our festivals just for Magic Key holders, a Magic Key holder celebration month, plus other unique surprises!”

As a way to celebrate 66 years of the Disneyland Resort, Magic Key holders who sign up with the first 66 days of the program’s release will receive a special welcome package. This will include a premium branded pin, celebratory button, magnet, and more. There will also be a limited-time experience at Starcade in Tomorrowland starting on September 1st for Magic Key holders, where pass holders can get access to charging stations, a special photo opportunity, and other surprises.

Disney has also outlined a wide variety of benefits also available for Magic Key holders. Those with a Magic Key pass can enjoy the Magic Key terrace, a “re-imagined reservation-based lounge just for Magic Key holders and their friends and family.” There will also be special experiences and collectibles available for pass holders, as well as first access opportunities for new offerings at Disneyland Resort. Magic Key passes will also users to access to Magic Key merchandise, novelties, menu items, PhotoPass opportunities, and embroidery.

However, with reservations being an important part of Disneyland’s new pass system, there are some limitations. Park reservations are limited, and are subject to availability, public health orders, and applicable pass blockout dates, and reservations are not guaranteed for any specific dates or park. There are blockout dates for specific pass types, which are available on the Disneyland site. For example, the Imagine Key blocks out almost all of June, and August, whereas the entire month of July is unavailable for the Imagine Key and the Enchant Key. If you do have a park reservation for both parks, however, users can switch between parks starting at 1:00 PM.

The Magic Key passes will be available on August 25 at 10 AM PT on the Disneyland website.

The king of body horror is back on set!

Ross Bonaime is the Weekday News Editor at Collider. He is a Virginia-based writer and editor who had written about all forms of entertainment for Paste Magazine, Brightest Young Things, Flickchart, The Free Lance-Star, and more. He has an unhealthy obsession with theme parks and the Criterion Collection and will defend the Lost finale until his dying day. More at RossBonaime.com.