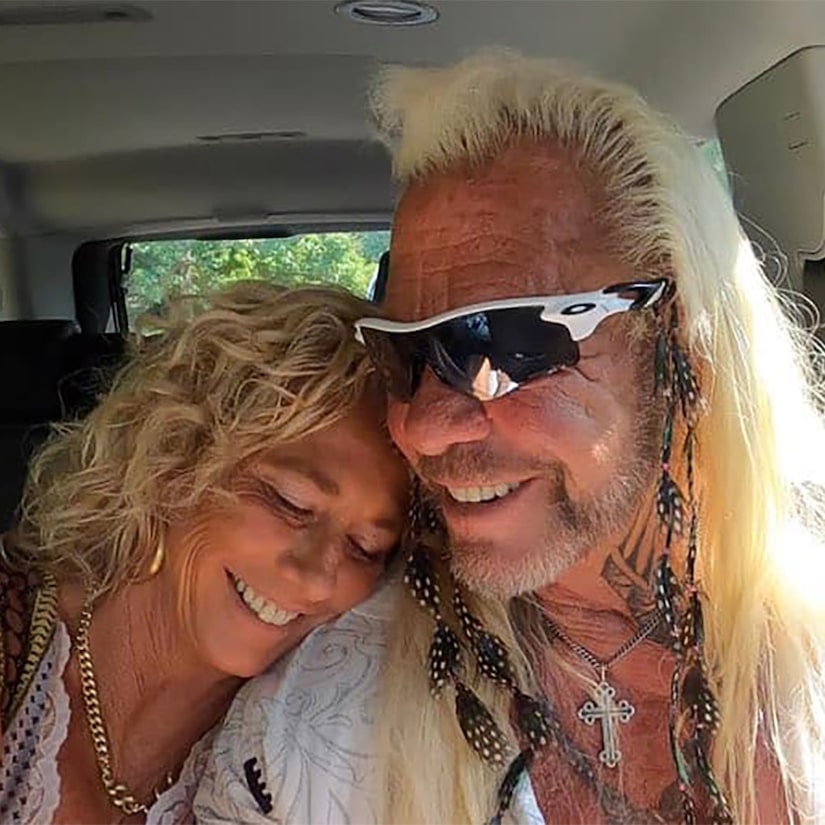 Dog the Bounty Hunter and Francie Frane are officially husband and wife!

The wedding, which took place Thursday, comes two years after the death of the bounty hunter’s wife Beth Chapman.

Dog, real name Duane Chapman, told E! of their nuptials, “Francie and I are thrilled to be husband and wife. We appreciate all the prayers and well-wishes.”

Fans have been on wedding watch since late last month, when the pair picked up a marriage license in Colorado.

Their “I dos” did come with some drama, when two of his daughters, Cecily and Bonnie, revealed they had not been invited.

Cecily and Bonnie recently told TMZ that they had no idea why they have been snubbed, but they believe it is due to their resemblance to late mom Beth, who died of throat cancer in 2019.

The girls noted that they don’t have any issues with Frane.

In response to Cecily and Bonnie’s revelation that they weren’t invited, Dog and Francie told the outlet, “We love Cecily and Bonnie very much, as we do all of our family. We pray for their health and happiness every day. Beyond this statement, we wish to keep any family issues private.”

Last year, Dog popped the question to Francie at his Colorado home. She told The Sun, “I wasn’t expecting it at all. I think I had gone to pick up some food and then when I came back he had all the lights turned down with just a few lights on and a bunch of candles lit. So when I came in, I was like, ‘Wow, this is awesome.’ Then he said, ‘Come in, sit down because I need to talk to you.’”

She continued, “So, I put all the food in the kitchen and I came in and he said, ‘I know that God brought you into my life and I don’t want to spend one moment of it without you.’ And he got down on one knee and he opened the ring box and he said, ‘Will you marry me and spend the rest of our lives together?’ Who can say no to that? It was wonderful.”

Duane noted that he wants to host the “biggest wedding there’s ever been,” adding that it’ll be “one hell of a party.”