Ecuador will sell another 28 million barrels of oil to China

The state oil company Petroecuador will sell more oil to China, but at market prices. In addition, it agreed with Petrochina to extend the delivery deadline for 192 shipments of crude oil. 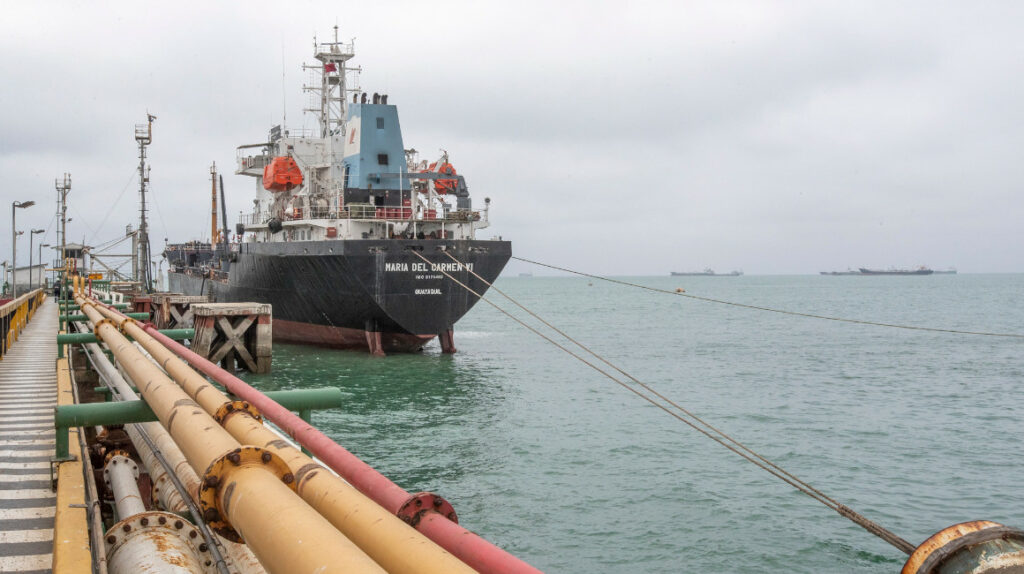 After four months of talks, Petroecuador closed the renegotiation of the two oil pre-sales signed in 2011 and 2016 with Petrochina , which is a subsidiary of the state oil company CNPC.

The renegotiation involved the signing of three new contracts between both parties. And there are three elements that emerge from these agreements.

The first is the term of the two presales. Both contracts committed Ecuador to deliver 192 shipments of oil or 69.1 million barrels to Petrochina by 2024.

These oil pre-sales contemplated a price formula, agreed in 2014 in the government of Rafael Correa, which guaranteed prices below the market in favor of Asian companies.

With the renegotiation, the delivery period for this volume is extended to 2027.

Second, this extension of the term allows Petroecuador to have more oil available for free export. Part of that oil will be sold to Petrochina, under a new contract, at market prices and conditions.

And third, Ecuador managed to release 10 million barrels that were committed to China in the 2022-2023 period. The released barrels will be sold by Petroecuador in the spot or open market, which leaves better prices for Ecuador.

The renegotiation was led by Pablo Noboa, manager of International Trade, who was in office until September 12.

PRIMICIAS accessed information on the renegotiation with Petrochina and these are the five keys to understanding the changes achieved.

With the previous contracts, Petroecuador had to deliver to Petrochina 192 shipments of crude oil between 2022 and 2024 or the equivalent of 69.1 million barrels.

With the renegotiated contracts, Ecuador will deliver the same 192 shipments to the Chinese company, but it will do so between 2022 and 2027.

The foregoing implies allocating three or four shipments per month, of 360,000 barrels each, for Petrochina until 2027.

As explained before, this extension of the term allows Petroecuador to have more oil available for free export.

In 2021, Petrocuador had a total of 97 million barrels available for export. Of that volume, 78% went to cover commitments with Asian companies and the remaining 22% went to spot sales, which is where real market prices are formed.

In 2022, and after the renegotiation with Petrochina , Petroecuador must allocate 60% of its oil to cover contracts with Asian companies.

On the other hand, Petroecuador achieved an improvement in the price for the sale of the 192 shipments pending delivery until 2027.

The improvement of the formula to calculate the price of a barrel of oil of these contracts will mean a benefit of USD 28 million in favor of Ecuador between 2022 and 2027.

This is equivalent to an improvement of USD 0.40 in the price per barrel on average only due to the adjustment to the formula.

Before the renegotiation, the destination of the Ecuadorian oil sold to China was free, which opened the door for intermediaries to resell it to the detriment of Ecuador.

For example, intermediation reduced Ecuadorian oil prices by USD 11 per barrel in July 2022.

Now, Petrochina will have to allocate, directly and without intermediaries, 30% of the volume of Ecuadorian oil to refineries in Asia. If it does not comply with that clause, Petrochina would have to pay Ecuador a premium (or penalty) of USD 0.38 per barrel on all of the deliveries foreseen in the contracts with Petrochina.

With the extension and deferral of the delivery of oil, Petroecuador committed to the delivery of 80 shipments of 360,000 barrels each, or a total of 28.8 million barrels, within 20 months , starting in September 2022.

Since this contract provides for market prices, Petrochina will pay a better price.

For example, Petrochina would have paid Petroecuador USD 89.1 per barrel in August if this new contract was in force, compared to the USD 78.1 per barrel it paid that same month under the previous conditions.

The new contract is not a pre-sale, since it is not tied to the delivery of credit by Chinese banks.

Petroecuador managed to release 10 million barrels of oil , which were to be delivered to China between 2022 and 2023.

The state oil company has announced that it will sell that volume of oil, equivalent to 27 shipments of 360,000 barrels each, on the spot or open market .

The new market conditions were possible thanks to the greater boost that Petroecuador gave to the spot market since 2021 and that allowed the revaluation of Ecuadorian oil, Noboa defended in August before the Audit Commission of the Assembly.

Frankly, I’m still not sure what to think about Chris Pratt being cast as Mario …