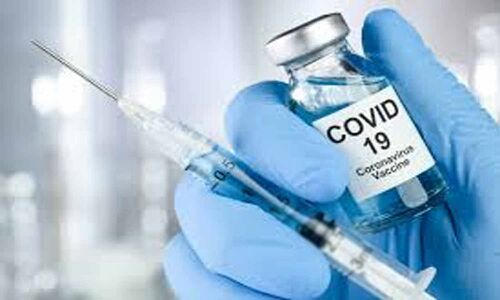 Amsterdam: The European health regulatory body has listed Guillain-Barre Syndrome (GBS) — a neurological disorder — as a “very rare” side effect of the AstraZeneca Covid vaccine, known as Covishield in India.

GBS is a serious nerve inflammation, which may cause temporary loss of feeling and movement (paralysis) and difficulty in breathing.

The European Medicines Agency (EMA), in a new update on Wednesday shared that a causal relationship between AstraZeneca vaccine and GBS was “considered at least a reasonable possibility”.

Therefore, the condition should be “added to the product information as a side effect”.

“The frequency category allocated is ‘very rare’ (that is, occurring in less than 1 in 10,000 persons), which is the category of the lowest frequency foreseen in EU product information,” the EMA said in the update.

The incidence of the side effect remains extremely rare, with only 833 cases reported worldwide from about 592 million administered doses of the adenovirus-based AstraZeneca vaccine, as of July 25.

Reported cases concern suspected side effects, i.e. medical events that have been observed after vaccination, but which are not necessarily related to or caused by the vaccine, the regulatory body said.

The EMA further recommended that patients must talk to their healthcare professionals before taking AstraZeneca vaccine, if they previously had GBS after being given the vaccine.

It added that people should seek immediate medical attention if they develop weakness and paralysis in the extremities that can progress to the chest and face.

A study, published in the peer-reviewed medical journal Annals of Neurology in June, described an unusual variant of Guillain-Barre syndrome characterised by prominent facial weakness in seven cases from a regional medical center in Kerala, India. The cases occurred within two weeks of the first dose of vaccination.

“The frequency of GBS was 1.4 to 10 fold higher than that expected in this period for a population of this magnitude. In addition, the frequency of bilateral facial weakness, which typically occurs in less than 20 per cent of GBS cases, suggests a pattern associated with the vaccination,” he added.

While the benefits of vaccination substantially outweigh the risk of this relatively rare outcome, the researchers stressed that clinicians should be alert to this possible adverse event and look for this rare neurological syndrome following administration of Covid-19 vaccines.

The Johnson & Johnson vaccine against Covid, developed using the same technology as AstraZeneca, was also listed for GBS recently.

The EMA has also included pain in legs and arms or stomach and influenza-like symptoms in the product information as side effects of the AstraZeneca vaccine.