everything we know about season 2 of 'abbott elementary'

Everything We Know About Season 2 of ‘Abbott Elementary’

School is back in session! After premiering on ABC, Abbott Elementary quickly found its stride as a feel-good mockumentary sitcom that follows the lives of Philadelphia school teachers.

While the first season, which premiered in December 2021, was still airing it received a renewal for a second season. During the show’s debut, cast member Lisa Ann Walter weighed in on the strong online support for Abbott Elementary.

“Just the fact that so many people have found it and that when I go on social media and I read things like, ‘I have nothing good going on in — I’m worried about everything. This is my safe spot. This is my joy. This is what makes me laugh. And I forget about everything,’” the actress, who plays Melissa, exclusively told Us Weekly in February 2022. “It’s not that we’re not dealing with serious issues. When I say we, we’re acting it. But [creator and star] Quinta Brunson and the fabulous executive producers and the writing staff have found ways to sneak in really serious discussion items like the school to prison pipeline.”

Even though the show’s priority is humor, Walter praised Abbott Elementary for finding a way to tell authentic stories. “It’s not like, and here’s the message. I wouldn’t wanna be a part of anything that was ham-fisted. And Quinta wouldn’t. She made it very clear from the beginning,” the Maryland native added. “The number one goal of this show is to be funny, that’s it. So every once in a while we’ll have some serious subject things that could be serious.”

“I hate to sound cocky, but we were all pretty clear from the moment we shot the pilot that we had something very unique. If you applied your industry IQ by way of casting and network placement, it looked on paper like it would work,” the Everybody Hates Chris alum told Variety in April 2022. “But officially, I have a message somewhere in my text thread with Quinta. When the January 4 episode aired, I said, ‘I’m calling it a hit now.’ Because of the way it was trending and the way we were holding numbers.”

Williams noted that Abbott Elementary has already left a mark on network TV through its storytelling. “Our show is very much about the flexibility of teachers, working within the confines of difficulties and underfunding,” he continued at the time. “We have a real opportunity to humanize a group of people and tell their story in a way that could change the everyday person’s life on a daily basis.”

Scroll down for everything we know about season 2 of Abbott Elementary: 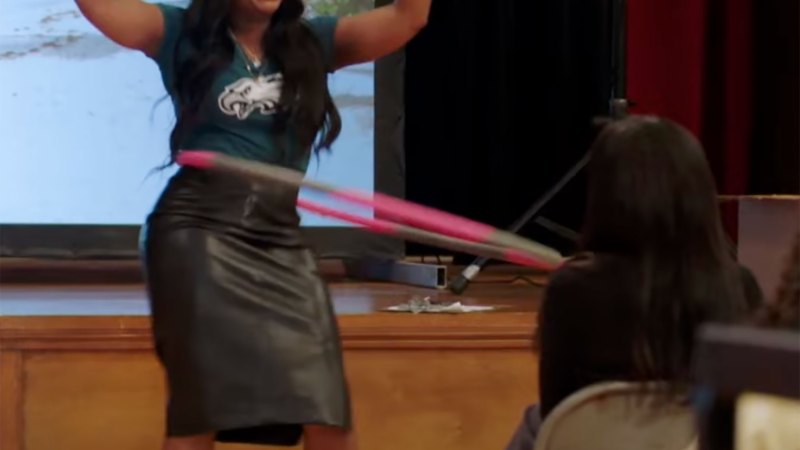 What Did the Trailer Reveal?
In September 2022, ABC released a trailer that teased everyone’s return to school. Janine is taking the new changes in her life in stride while Melissa starts to get overwhelmed by her professional responsibilities.
Youtube 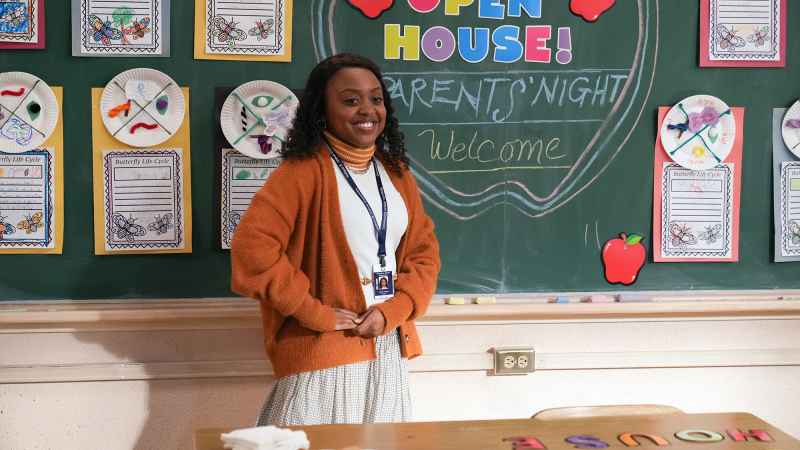 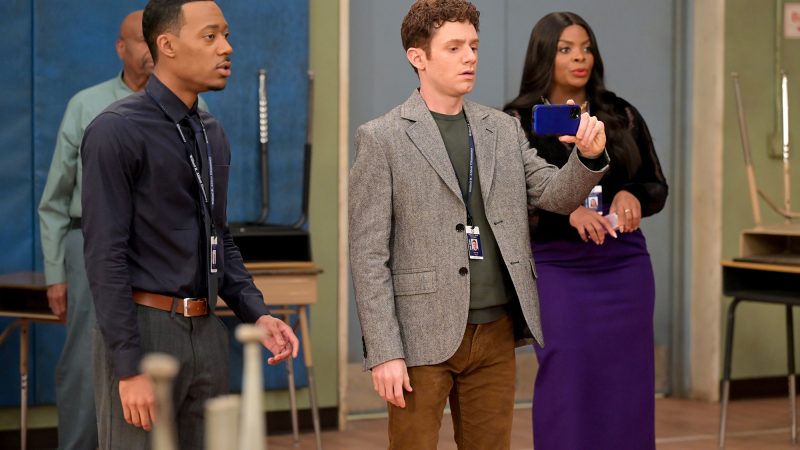 When Will It Air?
The critically acclaimed series will return on Wednesday, September 21. The sophomore season will have 22 episodes.
ABC/Temma Hankin 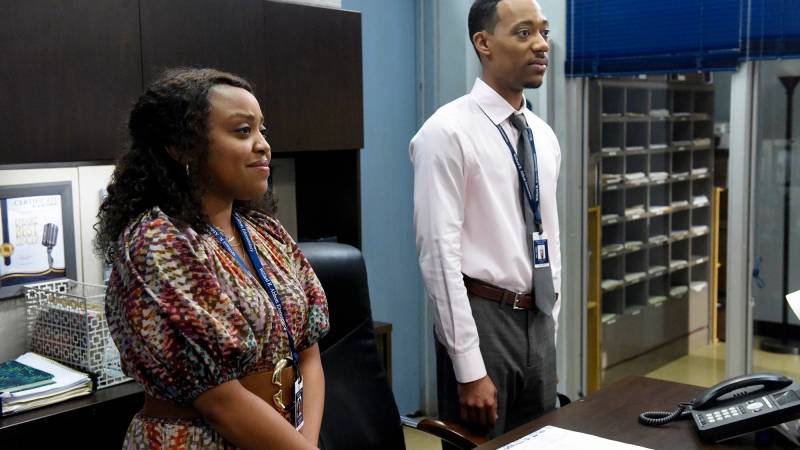 Will Janine and Gregory Get Together?
“They’re two people who really need to grow. Janine needs to grow up, Gregory needs to grow down, so however long that takes, I think,” Brunson told E! News in June 2022. “I think we really wanna show the modern experience of these mid-20 people and what growth is really like on network television. We’re excited to show that.”
Williams, for his part, teased that there will be unique ways to continue that potential romance. “We’re gonna find interesting ways to give it to you,” he added. “It’s not gonna be the way you expect, but there’s some of that to look forward to.”
ABC/Bonnie Osborne 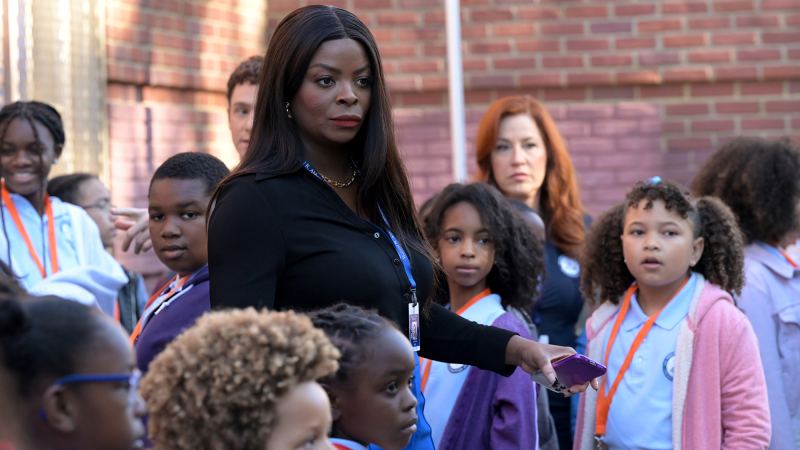 How Will the Sophomore Season Differ?
“In the first season, I really wanted them to stay in the school so that our audience could fall in love with Abbott, fall in love with our workplace,” Brunson told E! News in June 2022. “But next season, we’ll be going outside just a little bit more, which I think is fun, you know, just to leave every now and then.”
ABC/Temma Hankin

What Did the Cast Tease at San Diego Comic-Con?
“Showing you guys through our 13 episodes what it was that we could do, making you fall in love with these characters. Now you are in love with them, so we get to have some real fun,” Brunson told Entertainment Weekly during SDCC in July 2022. “Some good old-fashioned, I keep it calling it Friends-type, Fresh Prince of Bel Air-type fun. We’ve done all the building. Now we just get to have these fun bottle episodes that sometimes teach you a lot about the world and sometimes you don’t learn about the world at all. You’re just having fun with these characters.”
The actress also revealed that the new season would have several unexpected cameos. “The most surprising home situation I would think would be Gregory or Jacob,” she told the outlet. “Everybody else’s will be what you expect. You’re going to see a cameo in the first episode. … And it’s a really good one. It’s one that is the biggest star in the world to me.”
ABC/Gilles Mingasson

Who Else Is Joining the Series?
In September 2022, it was announced that Leslie Odom Jr. would join the second season as the owner of a string of charter schools in the area who pays a visit to Abbott.
Lauren Weedman and Keyla Monterroso Mejia will also appear in guest roles.
Gregory Pace/Shutterstock