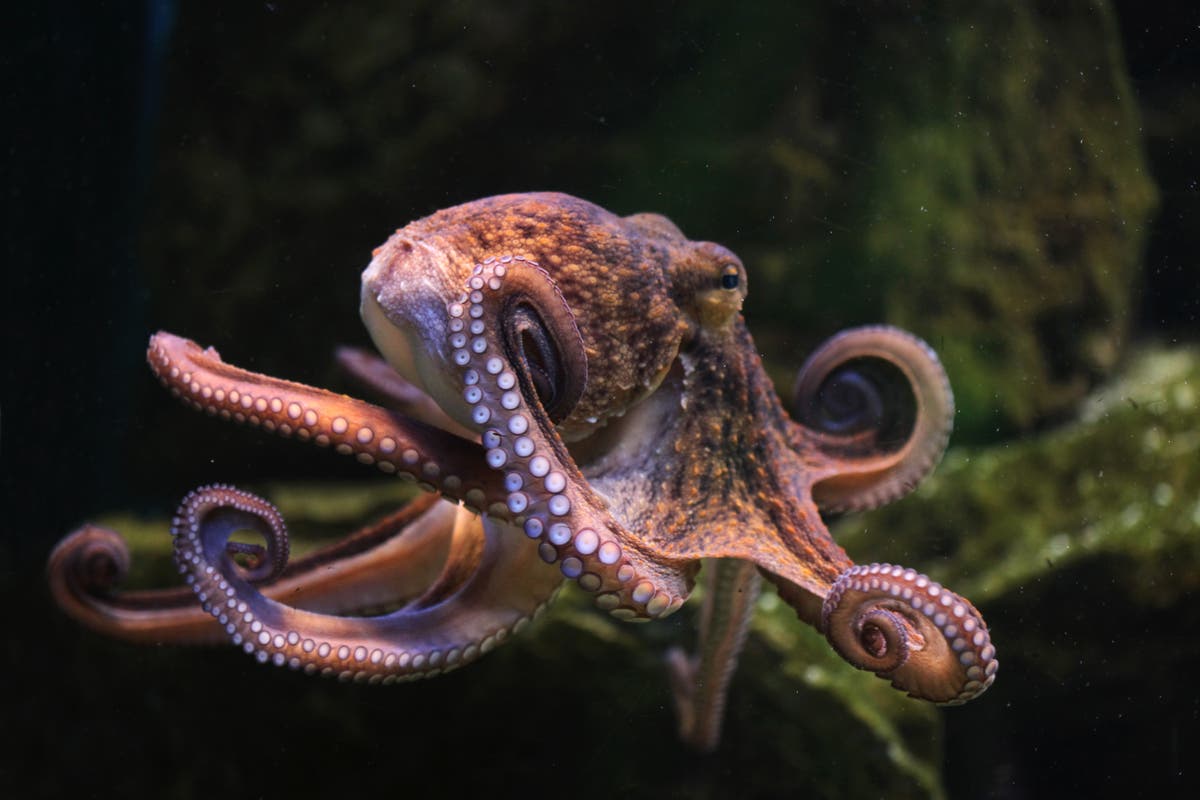 Female octopuses have been observed throwing silt, shells and algae at males during unwanted mating attempts.

Footage of octopuses off the coast of Australia revealed the eight-legged animals “coordinated use of the arms, the web, and jets of water from the siphon, that results in material being forcibly projected through the water column, sometimes hitting other octopuses”.

Researchers from Australia, the US and Canada studied video of octopuses in the wild and found that females were generally more likely than males to throw things.

In one instance in December 2016, a single female octopus threw material 10 times, with five of these hitting a male in an adjacent den, which the scientists said had been attempting several times to mate with her.

“All ten of the female’s throws were entirely or partly silt throws. In one hit, the female’s preparatory motions included a turn towards the male … bringing the male directly into the path of the throw.”

The preprint research paper, titled In the Line of Fire: Debris Throwing by Wild Octopuses, noted: “This sequence is also notable for the behaviors of the male who was the apparent target of the hits.

“In four cases the male ducked during the process of the throw itself, and over the course of the sequence, these movements occurred earlier in relation to the throw. In the first two cases, the target ducked after release of the throw; in the latter two, he ducked before the release, during preparatory motions by the thrower.”

In other instances, the researchers found that other octopuses raised arms in the direction of the thrower but did not duck. Sometimes, fish were hit instead of octopuses.

Octopuses which were hit were not observed ‘returning fire’ and throwing back the silt or shells.

Throwing is generally seen as a specifically human action, and one which played an important role in our evolution.

But the researchers said: “The throwing of material by wild octopuses is common, at least at the site described here.

“These throws are achieved by gathering material and holding it in the arms, then expelling it under pressure.

“Force is not imparted by the arms, as in a human throw, but the arms organize the projection of material by the jet.”

They concluded that octopuses can “definitely be added to the short list of animals who regularly throw or propel objects, and provisionally added to the shorter list of those who direct their throws on other animals”, adding: “If they are indeed targeted, these throws are directed at individuals of the same population in social interactions – the least common form of nonhuman throwing”.