Flights resume, some power restored in New Orleans after Ida 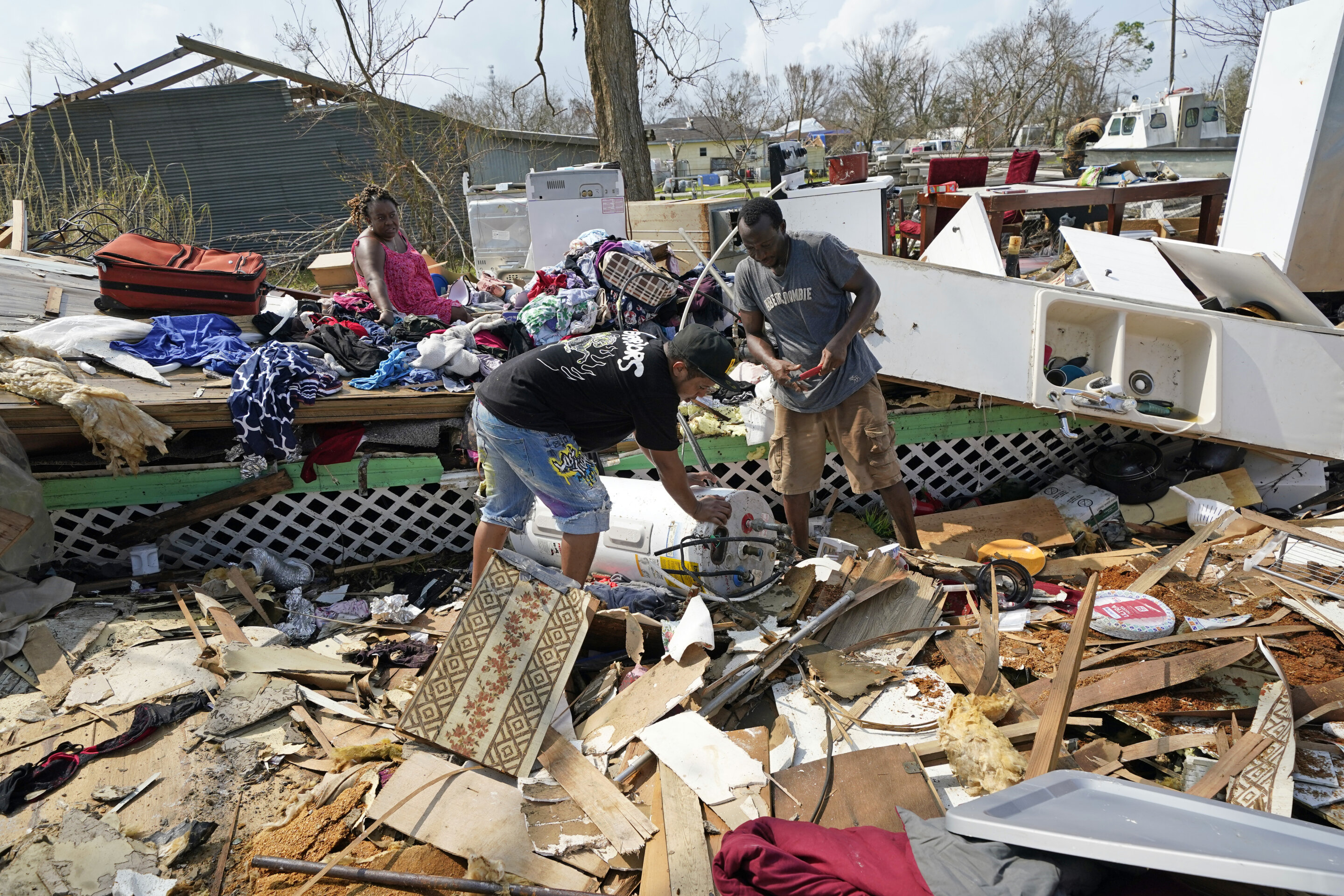 Commercial flights resumed in New Orleans and power returned to parts of the business district Thursday, four days after Hurricane Ida slammed into the Gulf Coast, but electricity, drinking water and fuel remained scarce across much of a sweltering Louisiana.


Meanwhile, the remnants of the system walloped parts of the Northeast, dumping record-breaking rain in a region that had not expected a serious blow and killing at least 46 people from Maryland to Connecticut. Eleven people in New York City drowned in basement apartments.

New Orleans fared better than many other places because it was protected from catastrophic flooding by the levee system that was revamped after Hurricane Katrina. The power was back on before dawn in some downtown neighborhoods. Utility crews also restored electricity to several hospitals in Jefferson Parish and near Baton Rouge. Some streets were cleared of fallen trees and debris, and a few corner stores reopened.

The city’s main airport reopened to commercial flights for the first time since the hurricane. Delta was the first airline to return, to be followed Friday by United Airlines and later by other carriers, officials said.

Louisiana officials also reported a big drop late Thursday in the number of customers with no running water: 185,000 compared to more than 600,000 the day before.

In seven parishes, at least 95% of customers remained without power Thursday. Only 35,000 of the 405,000 homes and businesses in New Orleans and Jefferson Parish had power Thursday, according to the poweroutage.us website. Statewide, about 900,000 customers were without electricity, down from about 1.1 million at the height of the seventh named storm to hit Louisiana since the summer of 2020.

“This isn’t our first rodeo, but it’s our worst rodeo,” Kirt LeBouef said, wiping away tears as he looked at damage to the Little Eagle restaurant in Golden Meadow, a 75-mile (120 kilometer) drive down a narrow highway from New Orleans toward the Gulf.

LeBouef’s family has owned the crawfish restaurant since 1920.

Edwards said more than 220,000 people already have registered for assistance from the Federal Emergency Management Agency and 22,000 have applied for a federal program to place tarps on damaged roofs.

“It really pains me to see that people are hurting and their lives are upside down, and we’re going to do everything we can every single day to make things better,” the governor said at a stop in Tangipahoa Parish.

Power should be restored to most customers around the Baton Rouge area by Sept. 8 after workers finish assessing damage, Entergy Louisiana President Philip May said Thursday. Damage assessments are not as far along in the harder-hit regions, so Entergy said it has no timetable for getting service to those areas, which include New Orleans.

Gasoline shortages were also a problem for people trying to run generators and waiting in drive-thru lines for food and water. The lines for gas stretched for blocks in many places from New Orleans to Baton Rouge.

President Joe Biden also ordered the release of extra fuel from the nation’s Strategic Petroleum Reserve to ensure a steady supply. He said he would also provide utilities with satellite images to help restore power.

“We know that there is much to be done in this response on our part,” said Biden, who was getting hourly updates on the recovery. “We need to get power restored. We need to get more food, fuel and water deployed.”

Ida knocked out Port Fourchon, the primary hub to support offshore drilling in the Gulf of Mexico and send that oil on its way to refineries. Port leaders said the damage to structures where the powerful eye came ashore was not as bad as feared.

“The majority of them are still good, and we can get things back up and running,” said Chett Chiasson, executive director for the Greater Lafourche Port Commission, who did not give an exact estimate on reopening the facilities.

Biden was scheduled to visit Louisiana on Friday to survey the damage from Ida, which hit Sunday with 150 mph (230 kph) winds and was tied for the fifth-strongest hurricane ever to strike the mainland U.S.

At least 13 deaths were blamed on the storm in Louisiana, Mississippi and Alabama, including two 19-year-old utility employees who were electrocuted Tuesday as they were restoring power near Birmingham, Alabama. Authorities blamed several other deaths on carbon monoxide poisoning.

The deaths of three Louisiana nursing home residents were classified Thursday as storm-related. They were among more than 800 residents who had been evacuated to a warehouse in the town of Independence from seven nursing facilities. The Louisiana Department of Health determined that conditions at the warehouse were unacceptable and transferred all of the remaining residents to other locations on Wednesday and Thursday.

Outside New Orleans, neighborhoods remained flooded and residents were still reeling. Lafourche Parish President Archie Chaisson said 25% of the homes in his parish of 100,000 people were gone or had catastrophic damage, and up to 40% more had severe damage from winds that blew at over 100 mph (160 kph) for 12 hours.

“Lafourche took the brunt of this storm,” Chaisson said at a briefing.

Hundreds of thousands of homes and businesses in the state were told to boil their water before using it.

Evacuees who were considering returning home to Terrebonne Parish were warned by emergency officials on Twitter that “there are no shelters, no electricity, very limited resources for food, gasoline and supplies and absolutely no medical services.”

Louisiana’s largest hospital system, Ochsner Health, was considering opening a field hospital somewhere in Terrebonne or Lafourche parish because the shuttering of most of the hospitals in the area removed about 250 to 300 beds.

Declining numbers of COVID-19 patients and restoration of power at additional sites helped Ochsner Health recover, CEO Warner Thomas said during an online news conference. The Ochsner system’s COVID-19 patient count fell to 663 from 990 about a week ago, Thomas said. That coincides with the state’s overall declining case numbers.

Hard-hit areas in southeast Louisiana were also under a heat advisory Thursday. Forecasters warned that combined heat and humidity could make some areas feel like 106 degrees Fahrenheit (41 degrees Celsius).