● The majority is not always right. Thus, only 30% of the experts voted for EUR/USD to grow to 1.1900 last week. But they were the ones who proved right. After the release of data from the US labour market on Friday 03 September, the pair soared to a height of 1.1908, and finished five days at 1.1880. The weakening of the US currency continues after Fed chief Jerome Powell’s dovish statements in Jackson Hole and amid uncertainty with the timing of the beginning to wind down the fiscal stimulation program (QE).

Fed management cites sustained improvement in the employment situation as a major condition for reducing stimulus. However, ADP data on changes in the number of US private sector employment released on Wednesday was significantly worse than expected, with 374K instead of the projected 613K. Such an important indicator as the number of new jobs created in August outside the agricultural sector (NFP) added pessimism: the real figure was 3.2 times lower than the forecast (235K instead of 750K). And this despite the fact that the NFP was 1053K in July. All this suggests strongly that the pace of recovery in the US economy is falling, and it is too early to talk of the start of QE reduction and, even more so, of an interest rate rise on the dollar.

● As a result, the DXY dollar index (the ratio of USD to a basket of six major foreign currencies) has dropped from 93.63 to 92.07 since August 20, while risk sentiment in the market, on the contrary, has increased. The S&P500 stock index continues to update historic highs, and its chart resembles a north-easterly straight now. It is very similar to the one drawn by the martingale-based expert advisor until… a collapse occurs. A number of experts predict the fate of a bursting bubble in the future for the stock market as well.

● As for the EUR/USD pair’s future, only 35% of the experts surveyed vote for its continued growth, 20% vote for the pair’s fall. The remaining 45% have taken a neutral position in anticipation of clearer signals from the US Federal Reserve regarding the start of QE curtailment.

● As for the events of the coming week, the release on September 7 of the data on GDP of the Eurozone for Q2 should be noted. The forecast here is disappointing: it is expected to fall 0.6% compared to a 2.0% increase in the previous period. The ECB’s interest rate decision will be known on Thursday September 09, but it is very likely to remain unchanged at 0%. Therefore, a subsequent press conference by the European regulator’s leadership will be of much greater interest. Finally, Germany’s HICP, the Consumer Price Index, which estimates the inflation rate of the country that is the locomotive of the European economy, will be unveiled on Friday, September 10. 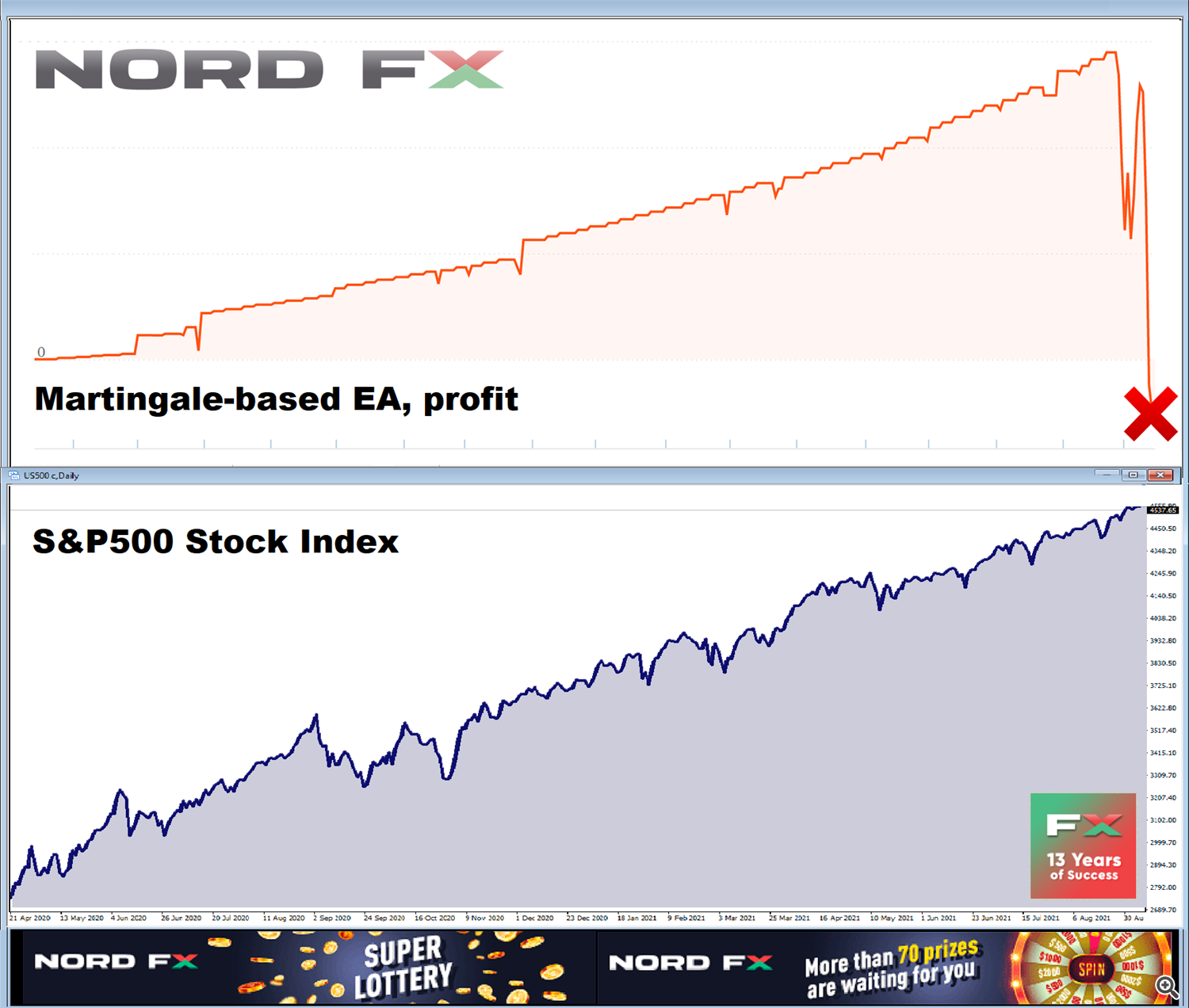 GBP/USD: Wherever the Euro Goes, the Pound Goes

● We called this part of the review “Wherever the Euro Goes, the Pound Goes” last time and we left the title unchanged this week. Because nothing that would initiate an independent movement of the GBP/USD pair has happened. Just like the European currency, and for the same reasons, the British one has been growing against the dollar since August 20. The two-week high was reached on September 03 at 1.3890, and the last chord of the trading session sounded at 1.3865.

Among the oscillators on D1, 60% are colored green, 20% have taken a neutral position, and another 20% indicate that the pair is overbought. In trend indicators, greens win with a score of 9:1.

● As we know, the main indicators of economic recovery and the signal for the start of contraction of monetary stimulus programs are two factors: labour market health and inflation. That is why it is worth paying attention this week to the hearing of the UK Inflation Report, which will take place on Friday September 10.

● Even the statement of Japanese Prime Minister Yoshihide Suga about his intention to resign could not influence the yen rate. His popularity was hit by the Tokyo Olympics this summer. Many considered their hosting not a celebration of sport but a fueling of another wave of coronovirus, leaving COVID-19 incidence in the country now three times higher than during the previous waves.

A number of experts consider the departure of Yoshihide Suga a harbinger of possible changes in the economic policy of the Japanese government, in connection with which the Nikkei index rose by 2%, but the yen rate decided not to react to this, showing a truly icy calm.

● The experts’ forecast for the near future looks like this: 35% of them side with the bulls, 45% – with the bears, and 20% have taken a neutral position. As for the indicators on D1, here it is still impossible to give priority to any of the directions.

● Amid the continued weakening of the dollar and rising risk appetite, the BTC/USD pair is trying to gain a foothold above the important psychological level of $50,000 for the second week. It broke through this resistance for the third time and reached $51.085 at the time of this writing, on Friday September 03.

The Crypto Fear & Greed Index added just 1 point for the week, rising from 71 to 74. But the total crypto market capitalization has grown from $2.021 trillion to $2.275 trillion. And the core cryptocurrency accounts for only about $58bn: bitcoin’s dominance continues to decline. It fell from 43.77% to 41.41% in seven days, while ethereum is improving its position step by step. So, if the share of ETH was 18.07% of the total market capitalization on August 28, it was already 20.45% on September 03.

● Many analysts and influencers continue to sing difirambs to ethereum, preening that it will push bitcoin back to the second line at some point. A week ago, we cited the opinion of the creator of this altcoin, Vitalik Buterin, who expects the price of ETH to reach $30,000. In this case, the capitalization of the coin will rise to $3 trillion, and exceed the capitalization of all major technology companies in the world.

● Analyst Aaron Arnold agrees with Buterin. In his YouTube channel (952 thousand subscribers) he named the fundamental factors that, in his opinion, will provoke the “explosive” growth of ethereum. The expert considers a key feature the recent change in the altcoin blockchain, which introduced a digital coin burning mechanism. The London update was released on ethereum network on August 05, which completely changed the transaction fee mechanism. A portion of the commission that miners previously received as a reward is now burned. According to the Ultrasound.Money service, more than 174,000 coins worth more than $565 million have been burned since the activation of this update. The average burning rate is 3.77 coins per minute.

The analyst named the decrease in net inflation in Ethereum as the second growth factor. According to Arnold’s calculations, it is only 1.1% in annual terms at the moment, while the same indicator for bitcoin is at the level of 1.75%.

Arnold also recalled the multiple growth of funds blocked in the decentralized finance (DeFi) sector. In his view, this is the third factor that contributes to ethereum’s price hike. According to DeFi Pulse, if the volume of blocked funds was $16 billion on January 1 of this year, this figure had already reached $82 billion by August 30 (an increase of 412% since the beginning of the year).

● It should be noted that the dynamics of recent months confirms the rosy forecasts for ethereum in full. If BTC has risen in price by about 72% since July 20, ETH has grown by 130%. In the last week alone, this altcoin is up 22%, while bitcoin is up just 2.5%. The advantage of ethereum is also obvious at a distance of 12 months: plus 820% for ETH, plus 350% for BTC.

● If Vitalik Buterin predicts the growth of his brainchild to $30,000, you can still hear the figure of $100,000 in the forecasts for the BTC/USD pair. It is exactly the height that British analyst and Northstar & Badcharts co-founder Kevin Wadsworth believes the pair will reach before the end of 2021. After that, the current bullish stage for the cryptocurrency will be completed.

Speaking of the first cryptocurrency, Wadsworth believes that its value will increase “in September, October and, presumably, in November.” Some of the leading altcoins (such as ethereum), he said, could also rise significantly, since a rise in prices by 3-4 times is quite likely.

● PlanB analyst is also confident that BTC will break the $100,000 level by Christmas. This is indicated by the signals of his S2F forecasting model.

Bitcoin’s prospects for further growth are also indicated by year analysis of cryptocurrency behavior. Analysts at Twitter Root channel are confident that the main driver of BTC is halvings (a 2-time reduction in mining awards). They form a shortage of coins in the market, which positively affects the value of a digital asset. As for bitcoin, it has yet to fulfil the growth potential that halving put into it in May 2020.

● Another growth driver, besides halving, is the US Federal Reserve’s full-fledged printing press. Moreover, both corporations and individuals get substantial chunks of this dollar “pie”. CNBC revealed that 11 per cent of young US residents have invested some of the capital they received in the form of assistance from the state during the COVID-19 pandemic in bitcoin and other coins. And 60 per cent of them are set to hold the asset long-term.

● On the other hand, the CEO of Euro Pacific Capital and the “golden beetle” Peter Schiff, said that he considers those who hold and do not sell bitcoins to be “real idiots”. Investor John Paulson expressed a similar opinion. This billionaire called cryptocurrency a “bubble” in an interview with Bloomberg. In his view, the digital asset market will “ultimately prove worthless,” so it is not worth investing in it. “Cryptocurrencies are a bubble. I would describe them as a limited supply of nothing. If the demand is greater than the limited supply, the price will rise. But, if demand falls, the price will also fall. None of the cryptocurrencies have intrinsic value,” Paulson explained his point.

● And in conclusion, as usual, our not very serious section of life hacks with another piece of advice on how to get rich on cryptocurrency. It turns out that you just need to purchase an electric car of the IM brand for this. Backed by the Internet giant Alibaba, electric car maker Zhiji Auto has developed an app for car owners to earn digital currency per mileage traveled.

Motorists will have to enter information about each kilometer they run in order to enter the mining pool. They will receive the Stone digital currency as a reward. The company plans to issue 500 coins 144 times a day for a start. The issue will be halved every four years to maintain liquidity.

The asset can be exchanged for various services of the company. When the car’s mileage reaches 5,000 km, its owner will be able to purchase a next-generation smart driving system for coins or increase the battery capacity to 120 kWh.