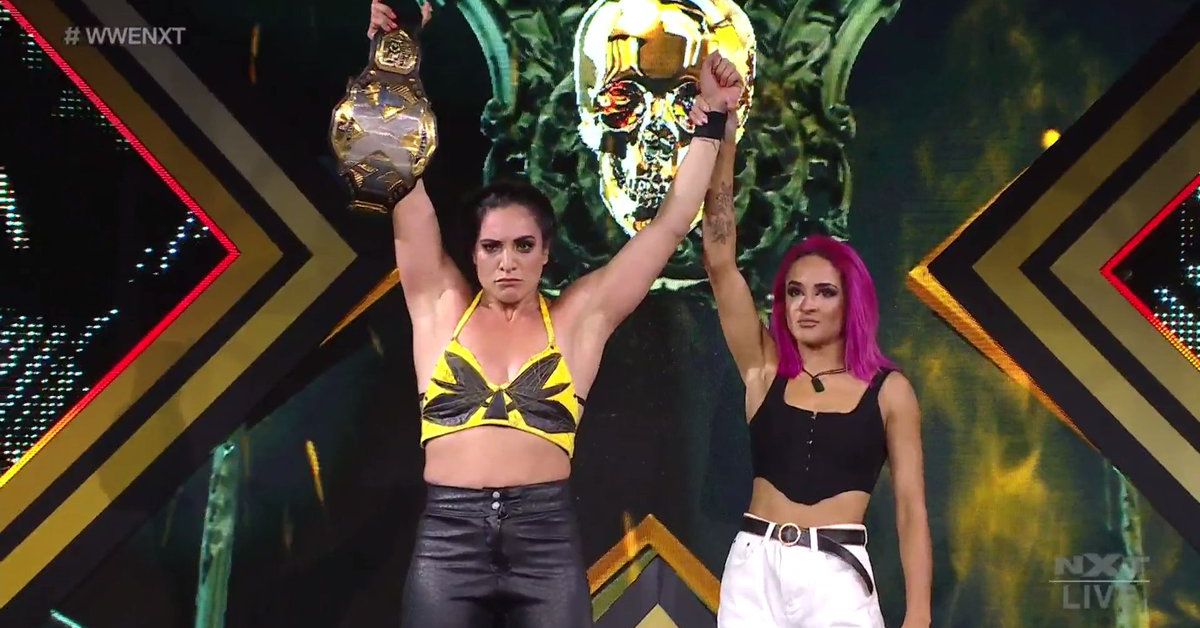 The big stories leaked out quick, but NXT’s July 21 taping at the Capitol Wrestling Center is now in the books and more complete results are being shared around the internet.

WWE taped two episodes last night, presumably since these shows will air on SyFy while Olympics coverage takes over their regular network, USA.

– Samoa Joe came to the ring to offer General Manager William Regal his resignation as Enforcer so he could get a match with Karrion Kross. Regal wanted to fire his champion for his attacks on the authority figures, but agreed to Joe’s plan. They signed the paperwork for Joe vs. Kross at the Aug. 22 TakeOver.

– Raquel González & Dakota Kai hit the ring to talk about how González has cleared out the women’s division, and how no one will take the Women’s title from her as long as Kai has her back. Dakota then surprised her partner with an attack and posed with the belt; she was cheered by the CWC crowd.

– Indi Hartwell received a drawing from Dexter Lumis backstage. Johnny Gargano & Candice LeRae were upset, and it was announced Gargano would face Lumis later. If Johnny wins, Dexter has to stop whatever it is he has going on with Indi.

– Kross was out for a promo, but was interrupted by Joe. Joe beat up some security guards trying to get at the champ, who bailed. This was reportedly re-taped after the crowd chanted “Hardy” at Kross.

– Johnny Gargano def. Dexter Lumis in a “Love Her or Lose Her” match. Hartwell was upset but went to leave with The Way, then changed her mind and ran to the ring. She & Lumis shared a kiss and left together.