Furlough alert: 1.6million Britons on scheme which ends in a few 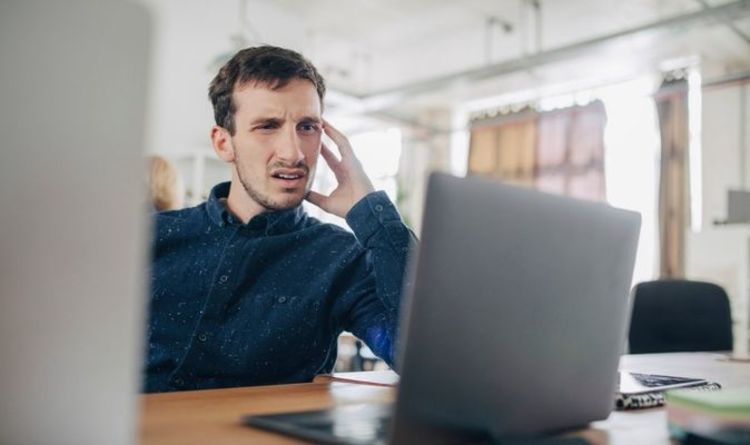 As of July 2021, employers were made to pay 10 percent of their employees’ salaries, with the Government’s contribution dropping to 70 percent.

During August and September 2021, the Government continued to reduce their contributions, now only paying 60 percent while employers paid 20 percent of their workers’ wages.

Furlough, otherwise known as the Coronavirus Job Retention scheme, is set to end on September 30, 2021.

According to the most recently released Government figures, some 1.6million people in the UK are currently still on furlough.

In July, the number of workers coming off the scheme slowed down and “plateaued” in the first half of August.

For the month of July, only 340,000 employees left the protection of furlough, which is a stark decrease from the 550,000 drop seen in June.

Currently, certain sectors’ workforces make up the majority of the furlough due to how badly the pandemic has hit their operations, including travel agencies and those working for airlines.

As of today, London remains the country’s “furlough capital” with eight of ten of the city’s local authorities having the highest scheme rates.

Estimates from The Resolution Foundation suggest that one million employees could still be on furlough when the scheme ends later this month.

While many of these people may return to their professions by this time, it is possible some may lose their jobs entirely in a few weeks.

Charlie McCurdy, Economist at the Resolution Foundation, outlined why many workers have their jobs at risk as the furlough scheme winds to a close.

Mr McCurdy said: “The number of people coming off furlough over the summer has slowed to a trickle, as some firms and sectors – notably overseas tourism – struggle to return to pre-pandemic levels of activity.

“As a result, up to a million employees could still be on furlough when the scheme closes at the end of this month.

“While we expect most of these staff to return to their previous roles, a significant number will not, and we could see a fresh rise in unemployment this autumn.

“Given these circumstances, now is not the right time to cut Universal Credit by £20 a week. The Government must change course.”

The Bank of England is one of the many institutions that is predicting a rise in unemployment once the scheme ends in late September.

What happens after furlough ends?

Once the scheme ends, the Government will no longer support businesses and top-up employee wages.

It is important that anyone concerned about their employment status after furlough reaches out to their employer for clarity.

If someone is facing redundancy at the end of the scheme, it is vital that they start applying for support schemes as soon as possible.

The main benefit support for those made redundant is the Department of Work and Pensions’ (DWP) Jobseeker’s Allowance (JSA).

The post Furlough alert: 1.6million Britons on scheme which ends in a few weeks- what happens next? appeared first on TechiAzi.