London Heathrow Airport, a key global aviation hub, said on Monday it has extended its daily cap on passengers by one month.

Heathrow, which was the busiest airport in Europe until the COVID-19 pandemic, announced on July 12 that it had introduced a cap of 100,000 passengers flying each day amid mounting chaos at airports and airlines around the world.

Heathrow CEO John Holland-Kaye previously said the cap would last until September 11. Now, the cap will be extended to October 29, according to Monday’s statement.

The passenger cap has meant there were fewer last-minute cancellations, more on-time flights, and shorter waits for luggage, according to Heathrow’s statement. The airport said the cap could be lifted earlier than the end of October if there is an increase in staff levels, especially baggage handlers.

“We want to remove the cap as soon as possible, but we can only do so when we are confident that everyone operating at the airport has the resources to deliver the service our passengers deserve,” Ross Baker, Heathrow’s chief commercial officer, said in the statement. 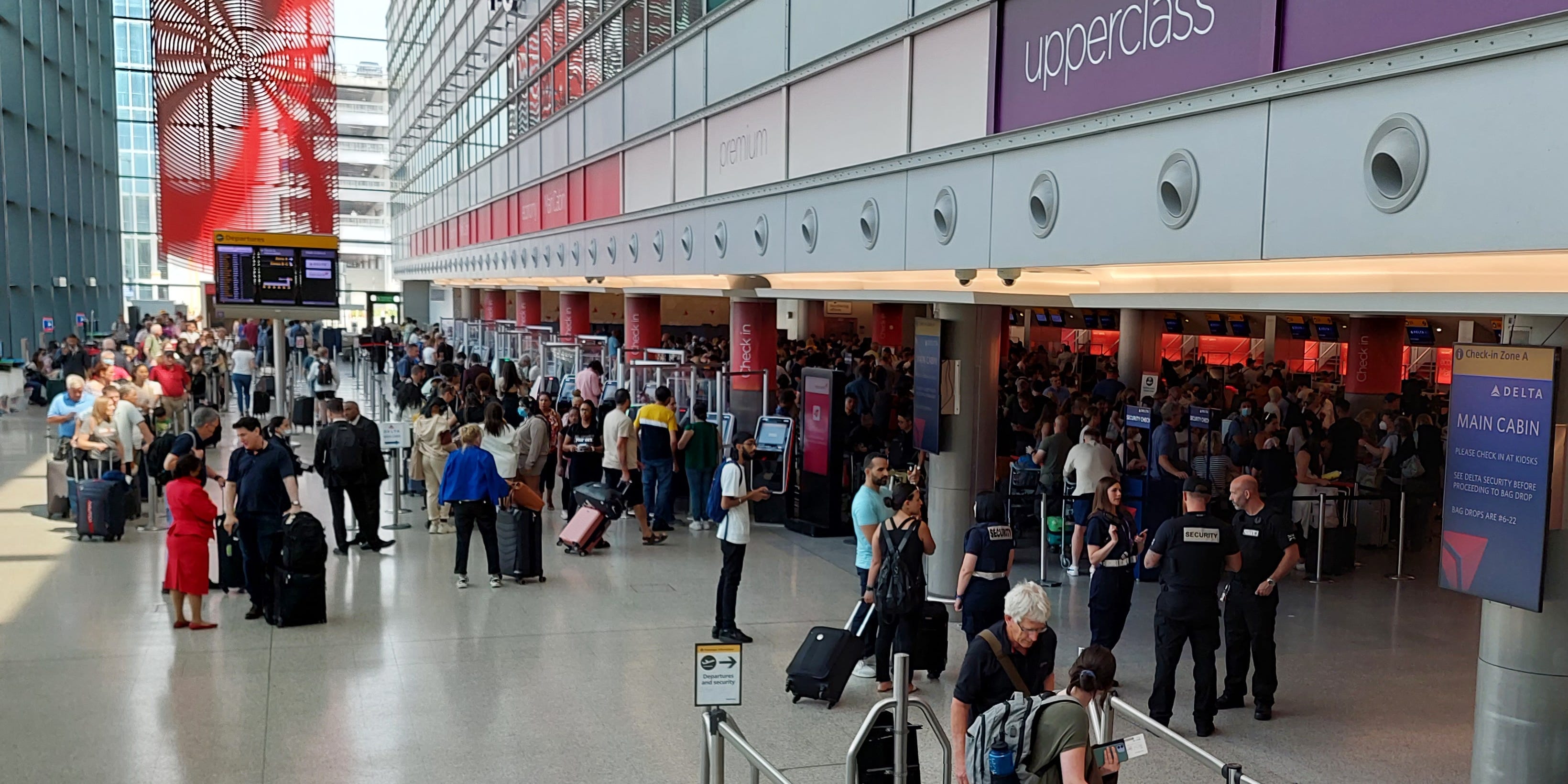 Delta passengers stand in line for check-in at Heathrow Airport on Monday, July 11.

When the cap was brought in in July, Heathrow asked airlines to stop selling summer tickets, something Emirates initially called “unacceptable” before later agreeing to cut ticket sales. British Airways, the UK’s flagship carrier, temporarily suspended the sale of short-haul tickets from Heathrow.

Holland-Kaye said in July that the maximum number of departing passengers Heathrow can serve over the summer is 100,000 a day, but that this limit had frequently been exceeded, leading to long lines, lost luggage, and flight delays and cancellations. Before the airport announced the cap, daily departing seats over the summer were set to average 104,000, Holland-Kaye said.

Heathrow and individual airlines had been advising customers to arrive at the airport three hours before their scheduled departure time in case of long lines for check-in and security. The BBC recently reported that some passengers had been arriving at Stansted, another airport in London, five hours before their flight, leading to congestion.

In July, Heathrow also announced that 750 members of its non-operational staff would be volunteering at the airport to help customers. 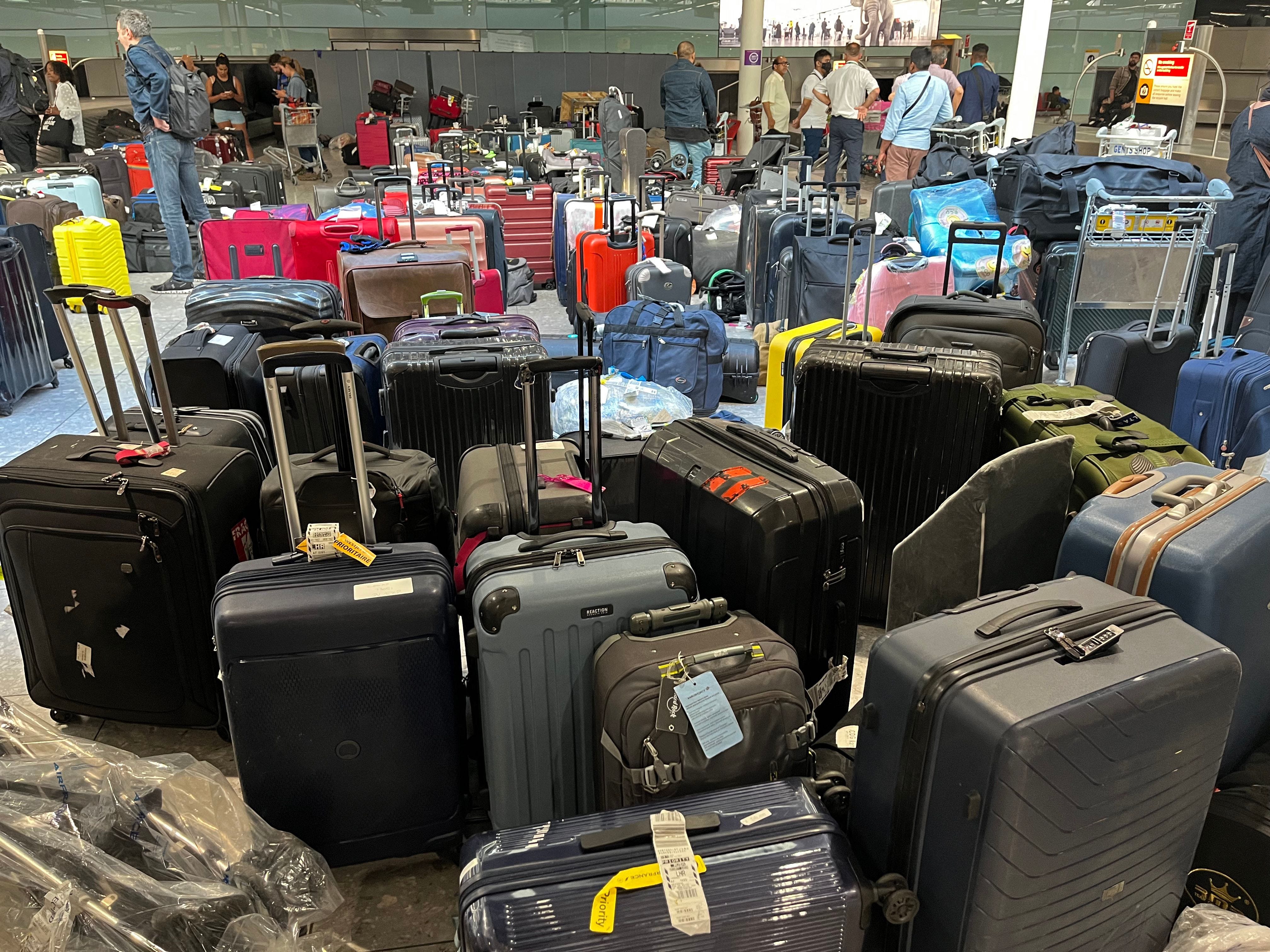 In an investor report in June, Heathrow said that it expected to serve 54.4 million passengers in 2022 – 9 million more than first forecast in December and putting it at around two-thirds of 2019 levels.

The mounting chaos at airports comes amid a huge surge in the number of passengers traveling post-lockdown. Heathrow said that by the end of May it had already surpassed the total number of passengers it served in 2021. More than 6.3 million people flew to and from the airport in July, bringing the annual total so far to 32.4 million, it said.

Heathrow said in early August that around 80% of passengers go through security in 20 minutes or less.