Hop on Board This 97-Year-Old Ferry Boat, Now Parked Permanently at Pier 9 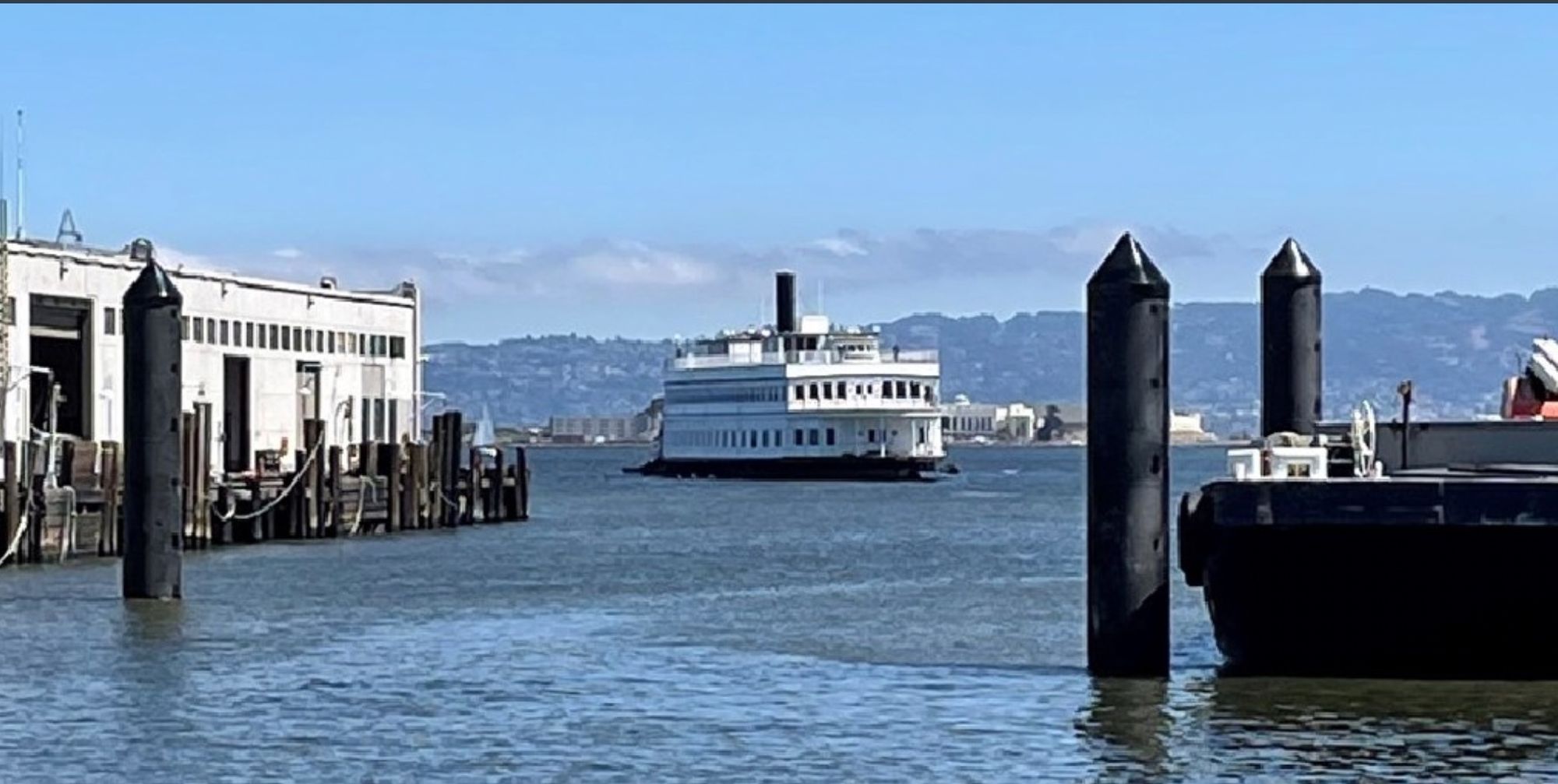 The Klamath, built in 1925, is the new floating office space for the Bay Area Council, but it’s free to visit and enjoy the ferry boat’s rooftop garden during weekday business hours and the first Saturday of each month.

We were pleased to preview “The Klamath”, @BayAreaCouncil‘s new headquarters here in San Francisco. Thank you, Sean Randolph, for the tour! pic.twitter.com/hJvTsl9oCL

But in a historically ironic twist, the Bay Area Council recently bought the Klamath, and made it their floating headquarters at Pier 9. That floating office space and event venue is now permanently parked there, and had its “members only preview” on Tuesday night.

The Chronicle’s John King took a tour of the restored Klamath. Noting its restorations and improvements, he writes that “a roof deck was wrapped around the pilot houses at either side of the vessel, with enough space and depth to include extensive planting beds that now hold hundreds of native drought-tolerant plants. There are bathrooms, benches and the Klamath’s new elevator.”

From Stockton to Vallejo and now with its arrival in San Francisco, this rehabilitated historic ferry will call Pier 9 home and will serve as the headquarters for the Bay Area Council. Join us in welcoming the MV Klamath to it’s new home on the Embarcadero! #klamath #SFBayFerry pic.twitter.com/0xvVN3xETU

And yes, you can visit it for free. “You can’t just wander in, though,” King notes in the Chronicle. “There’s a sign-in desk once you enter from the plank that extends from the south edge of Pier 9, and public access is limited to working weekday hours, plus the first Saturday of the month.”

Thar she blows! Historic #Klamath making her way to Pier 9 in San Francisco. Our new home for a new era. pic.twitter.com/qKGX8EKnPV

The Bay Area Council also hopes to sublease office space on the ship, and rent out its top deck and conference center for events.

The Klamath has been a floating office space in the Bay before. When the Richmond-San Rafael Bridge rendered it obsolete, the advertising firm Landor and Associates used it as their office home here in the mid- to late-1960s. It eventually sailed to Stockton in 1992 and became the headquarters of artificial log company Duraflame. The Bay Area Council bought it from them, and and it’s been at Mare Island being restored for about the last year.