It was early in the summer of 1986 and Chicago was awash in house music — a pulsating, euphoric, four-on-the-floor, homegrown dance soundscape that seemed to have the entire metropolis enthralled.

DJ Farley “Jackmaster” Funk had reached local celebrity status as one of the genre’s most revered figures with fellow pioneers Jesse Saunders, Chip E., Steve “Silk” Hurley, Marshall Jefferson, Ron Hardy and the godfather of house, Frankie Knuckles. Over the years, their impact would stretch far beyond the Windy City and influence artists for decades to come.

When Beyoncé surprised fans back in June with her love letter to house, “Break My Soul” (from her seventh studio album Renaissance, out now), it shined much-needed light on the genre’s Black DNA — right down to its sublime sample of the Robin S. 1993 club classic “Show Me Love.” “Break My Soul” — and the rest of Beyoncé’s dance-heavy new album, which pays homage to the genre — comes soon after the release of Drake’s Honestly, Nevermind, a bold (and at times confounding) house set that yearns for the freedom of the genre’s earliest days.

“House allowed people to be whatever they wanted to be,” said Farley, 60, who back in the early ’80s was heard by more than 1 million listeners a week on WBMX in Chicago as a charter member of the DJ collective the Hot Mix 5. “It was competitive, but we were bringing folks together. There’s a reason there’s no such thing as gangster house. House music has always been about love.”

House ruled. Yet it was still largely a Chicago phenomenon. That changed with the Farley, Saunders and Vince Lawrence collaboration “Love Can’t Turn Around,” a joyous romp that ignited house music’s golden era, which ran from 1986 to 1993, when the genre was at its coolest, Blackest and queerest peak. A nod to Hurley’s raw, keyboard reworking of Isaac Hayes’ 1975 disco gem “I Can’t Turn Around,” the track featured Darryl Pandy, an unabashedly flamboyant belter who wore his gospel roots on the sleeve of his green sparkling top.

By August 1986, “Love Can’t Turn Around” became the first house record to cross the Atlantic, cracking the top 10 of the British pop charts. Farley and Pandy were promptly booked on an international flight.

“Nothing prepared us for how this totally different culture loved us because of our music,” Farley recalled of that ’86 U.K. trip, which planted the seeds for Britain’s “Second Summer of Love” house and rave craze two years later. “People were taking me to places like Kensington Palace to see where Queen Victoria resided. We were doing interviews with all the trade and music magazines, being treated like stars.” 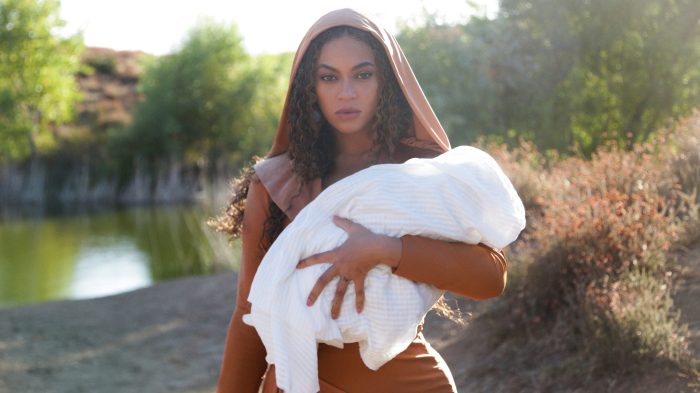 With ‘Black is King,’ Beyoncé enters her Africa period with a tale as old as ShakespeareRead now

Today, such wide-eyed recollections sound quaint given how massive electronic dance music (EDM) has become. According to the Ibiza International Music Summit business report, EDM grossed $4.5 billion globally last year, with multimillion earnings by white producers and festival DJs such as Calvin Harris, Tiësto and David Guetta. House music’s urban roots have largely been relegated to a footnote — until this year.

“It’s like Beyoncé and Drake are validating us in a way,” said Crystal Waters. Decades ago, Waters recorded one of the genre’s most celebrated songs, “Gypsy Woman.” Despite its catchy earworm chorus (“La da dee la da da …”), Waters wrote the lyrics to her 1991 Basement Boys-produced classic to shine a light on homelessness about a real-life woman on the streets who was “just like you and me.” But not everyone got the message.

“Back then we got beat up by the press,” Waters remembered. “I would hear, ‘When are you going to do real music? This isn’t going to last.’ It was really hard to stand up and say, ‘Hey, I’m a house artist!’ Now for it to come back around, it makes me very proud to look back and see how much we did, what we started and to be a part of this culture.”

House got its name in 1983 from the style of music blasting out of Chicago’s predominantly Black and queer south side club The Warehouse. DJ Knuckles oversaw the hottest marathon dance party on the planet where the Bronx, New York, native was creating the template for house music with his signature reel-to-reel tape edits of ’70s disco throwbacks such as Harold Melvin & the Blue Notes’ “Bad Luck” and First Choice’s “Let No Man Put Asunder.” Soon, other DJs were constructing innovative dance escapes with an emerging technological weapon: the drum machine. 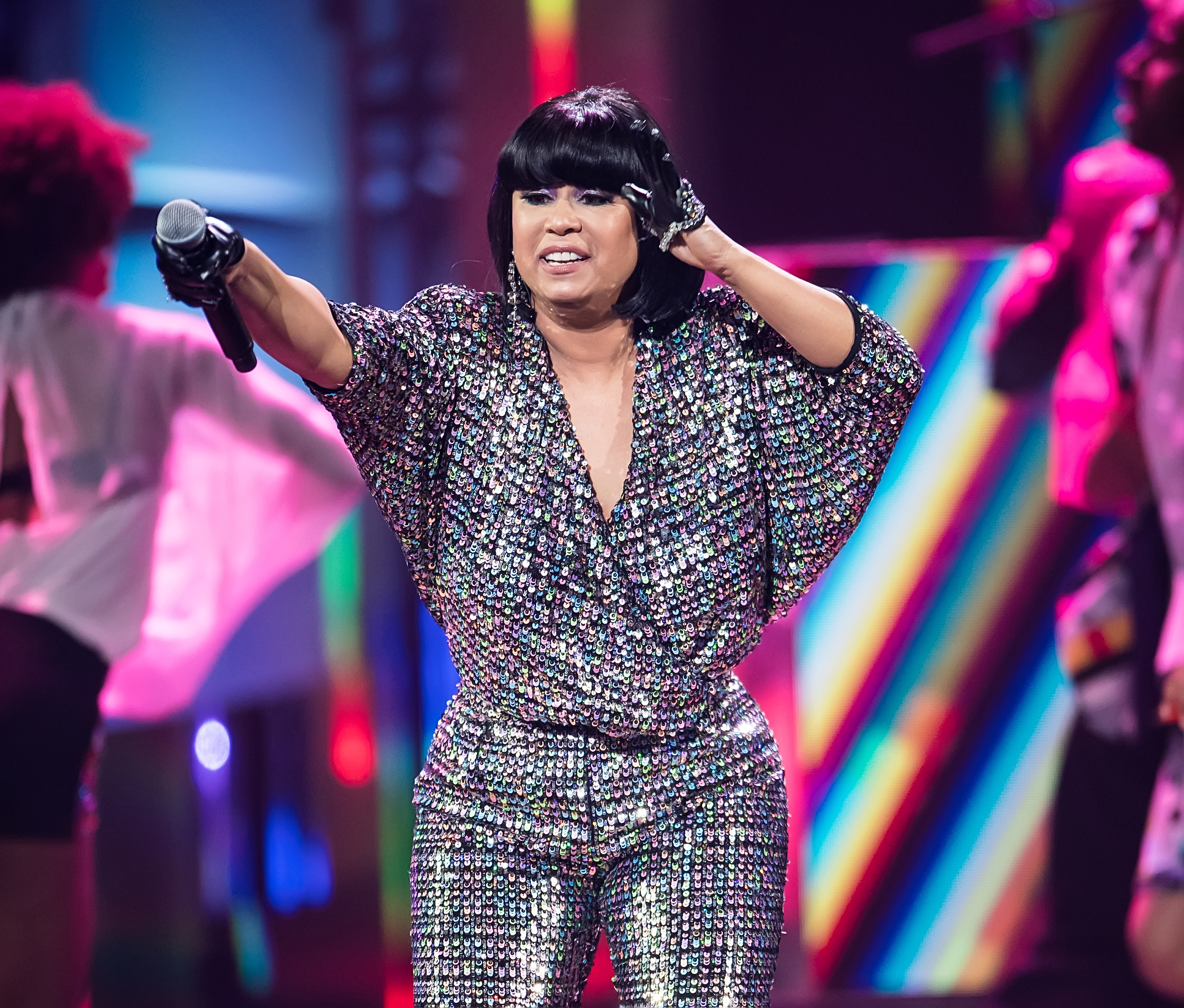 The genre-shifting contributions of these artists cannot be overstated. Seminal Chicago dance imprint Trax Records released Jefferson’s celebratory 1986 breakthrough “Move Your Body.” The piano-heavy groove was instantly adopted as the official house anthem at dance clubs across the country and overseas. In January 1987, Hurley bested his former roommate Farley, topping the British charts with the infectious “Jack Your Body.” And singer/songwriter Jamie Principle made his commercial debut with his dark synth masterpiece “Your Love,” produced by Knuckles.

That same year, Phuture dropped “Acid Tracks,” a synthesizer-propelled instrumental that offered a glimpse of the coming radical acid house onslaught. Radio DJ-turned-club howler Xaviera Gold scored her first dance hit as lead on Ralphi Rosario’s brooding dance floor go-to “You Used to Hold Me.” Meanwhile, Joe Smooth took a more soulful turn on his house classic “Promised Land,” an uplifting spiritual that envisioned a life where brothers and sisters would finally be “free from fighting, violence, people crying in the street.”

House started to evolve beyond its Chicago origins when Detroit native Derrick May unveiled his symphonic chaos on wax, “Strings of Life,” the first techno record. On the East Coast, Tony Humphries, KISS-FM’s powerful tastemaker and resident DJ at New Jersey’s Club Zanzibar, became the central figure in the region’s soulful house sound in the late ’80s and early ’90s. The Garden State was now a hub for house, which even made inroads into New York’s burgeoning hip-hop scene.

“We got invited to appear on a song produced by Todd Terry, who wanted to put a different spin on what was coming out the New York club scene,” recalled Mike G, member of the influential hip-hop act Jungle Brothers. “Brooklyn was becoming known for house music, so it was really a no-brainer for us.”

The result of the 1988 pairing was the top 30 Billboard Hot Dance music triumph “I’ll House You,” a genre-blurring concoction that defined “hip-house.” (Beyoncé referenced the track on the song “Summer Renaissance” from her latest album.) With the group’s irreverent rhymes and Terry’s hard-hitting beats, turntable scratches and hip-hop-style sampling that mined everything from a snippet of rap giants Run-D.M.C. to a collage of house music jams, it became the Jungle Brothers’ biggest-selling single. Other emcees such as Doug Lazy, KC Flight and even MC Lyte, Queen Latifah and De La Soul joined the party.

“You had people saying that house music was gay,” Mike G said. “But we were like, ‘Man, get off that hate.’ The Jungle Brothers’ philosophy was if you could enjoy the music, that’s all that mattered.”

House was now officially mainstream. Club MTV, which premiered on the cable music channel on Aug. 31, 1987, took on a looser, EDM-heavy feel. In 1990, Madonna was criticized by some LGBTQ activists for appropriating New York’s Black and Latino ballroom scene for her house hit “Vogue.” The next year, Prince (“Gett Off”) and Michael Jackson (“Remember the Time”) tapped Hurley to produce house remixes for their respective hit singles. Knuckles, who scored his first No. 1 dance single “The Whistle Song” the same year, sprinkled his magic on gospel ensemble Sounds of Blackness’ foot-stomper “The Pressure Pt. 1.” 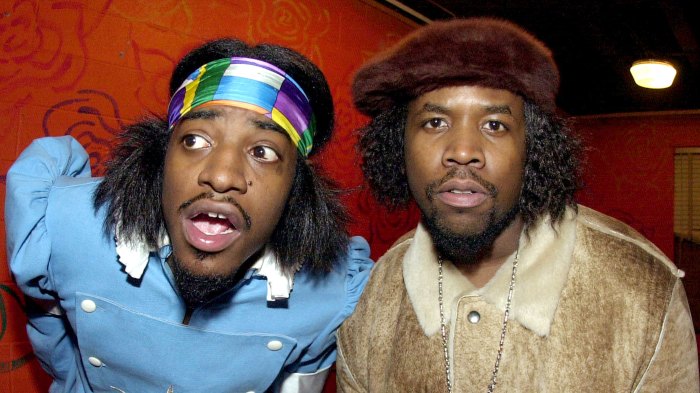 For veteran music writer and culture critic Craig Seymour, the shift was transformative. “As a Black gay man, it felt like I was being affirmed in every way,” he remembered. “To be able to get in my car, turn on the radio and hear these mainstream artists on house remixes meant everything because that was my music. It lessened all the homophobic voices that were coming from some in the Black community. It no longer mattered what the preacher or politician was saying. All that mattered was my culture was being seen.”

By the end of 1993, the history-making run was over. But back in the city where it started, Farley “Jackmaster” Funk is still preaching the gospel of house. The spirit is alive and jacking.

“I’m so proud that this baby we created out of Chicago is still being held, nurtured and fed,” said the crate-digging master who still DJs around the world, was named the King of House Music by his beloved hometown, and owns the naming rights to the House Music Hall of Fame. “One day we may even induct Beyoncé and Drake.”