How Do Birds Move Across A Changing World? Ask This Colombian! 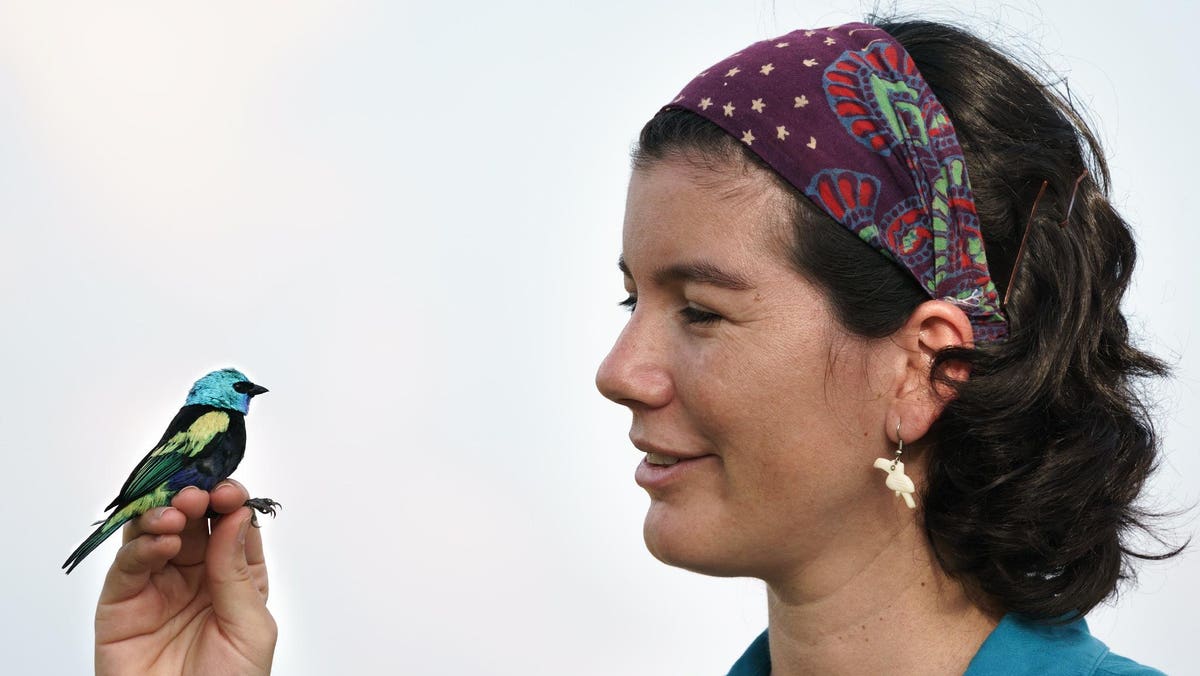 Colombian ornithology researcher Dr Natalia Ocampo-Peñuela studies how birds move through disrupted habitats, which should result in conservation efforts that are better targeted under both current conditions and the challenges of climate change.

Ocampo-Peñuela, an assistant professor at the University of California, Santa Cruz, says that her focus will be on conserving connectivity in natural, agricultural, and urban landscapes.

“After seeing isolated forest fragments, oil palm landscapes with thin forest strips, and green urban areas that birds utilize, I was inspired to understand how birds move through these landscapes,” she says, adding that she’ll be tracking birds to understand what they need to thrive in different environments.

Ocampo-Peñuela says this is important so that conservationists can design better landscapes for biodiversity conservation in the present and in the face of future climate change.

“The biggest opportunity is that with ICARUS, a new satellite dedicated to animal tracking, we will be able to track hundreds of birds and discover their local movement and migrations, making this information available to anyone,” she says, adding that the biggest obstacle to her work is that current tracking devices are not small enough to attach them to tiny birds, so she can only study large birds.

From The Llanos to the World

Ocampo-Peñuela grew up in Villavicencio, a town known as the gateway to the llanos, a vast savanna-like plain in eastern Colombia.

“My ‘Eureka’ moment with birds came during a birding course in my first semester at university… We captured a Tourmaline Sunangel in mist nets and I was allowed to hold it and let it go,” she says, “After feeling its little heart race and marveling at the shine of its feathers, I fell in love with birds and never looked back.”

Ocampo-Peñuela would go on to pursue a PhD at Duke University in North Carolina with a Fulbright-Colciencias fellowship, then postdoc fellowships at ETH Zurich in Switzerland and the Humboldt Institute in Colombia.

“My passion and fascination for birds and their conservation has been the common denominator of all my research pursuits,” she says.

In December of 2020, Ocampo-Peñuela was a key part of a five-woman expedition called “BIO: wings, songs and colors,” which was following in the 100-year-old footsteps of female bird collecting pioneer Elizabeth Kerr. These women spent four days in the vicinity of Fresno, Tolima, eventually collecting 89 species, including some endemic species and those in danger of extinction.

Ocampo-Peñuela says that until recently, science was dominated by male scientists from western countries.

“In my discipline, most of the biodiversity and ecosystems worth conserving are in the tropics, and thus it should be scientists from these regions who study and conserve them,” she says, “Being from the tropics means that you have an understanding of these species, and a sense of belonging to these ecosystems.”

Ocampo-Peñuela says more involvement from Global South scientists means the information produced is more likely to stay in tropical countries, where it is most needed.

“I strive to bridge the gap between conservation research and practice by working alongside local communities, NGOs, government institutions, and through environmental education,” she says, “My goal is to be a role model to other female and LatinX scientists and to make their journey in academia a fair one.”

Another member of the BIO expedition was Daniela Garzon, who at the time was completing her undergraduate studies in biology at the University of Tolima.

Garzon’s current project involves looking at the interaction between hummingbirds and flowers by looking at pollen deposits on the birds.

The post How Do Birds Move Across A Changing World? Ask This Colombian! appeared first on TechCodex.

Search more articles here: How Do Birds Move Across A Changing World? Ask This Colombian!

Read original article here: How Do Birds Move Across A Changing World? Ask This Colombian!