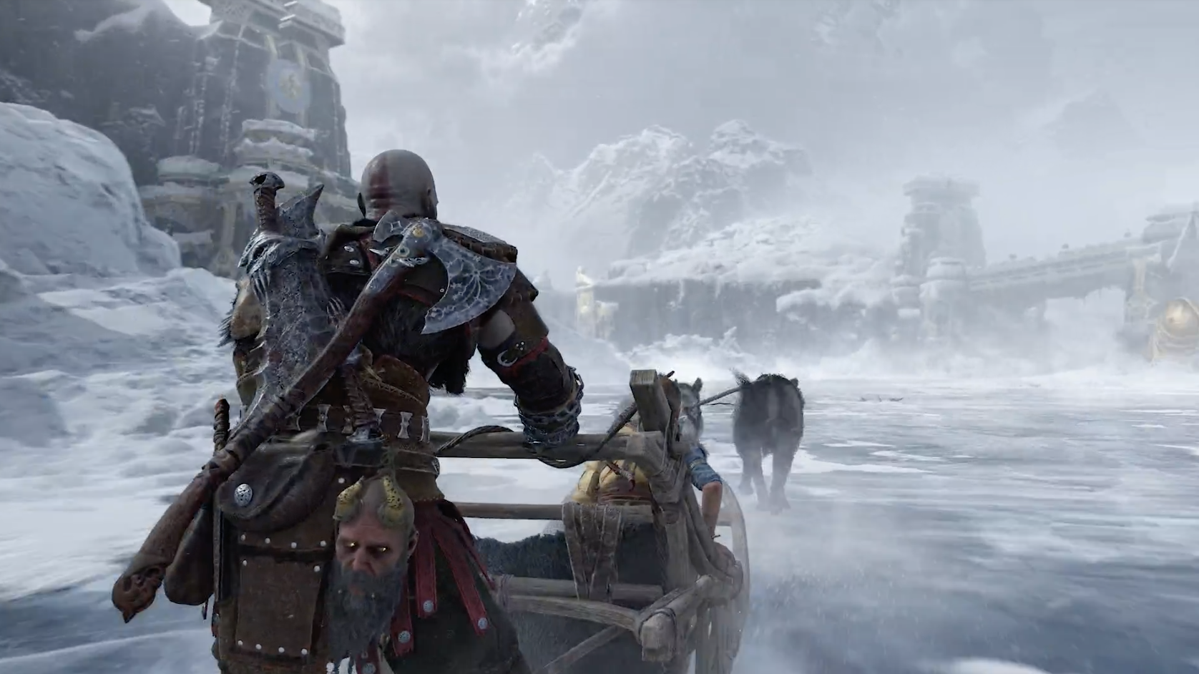 2018’s God of War marked a major departure for the franchise, and not just because Kratos saw himself journeying from Greek to Norse mythology. Santa Monica Studio’s acclaimed adventure fundamentally changed many aspects of the experience of playing God of War, from its cinematic, unbroken camera to Kratos’ Leviathan axe to the ever-present Atreus and so much more.

While God of War Ragnarok certainly looks to be building on what came before, its new director Eric Williams is looking to evolve the fundamentals of that memorable experience, while also providing new variety and intrigue for players.

IGN spoke to Williams and Studio Creative Director (and director of GoW 2018) Cory Barlog after the Ragnarok gameplay reveal as part of the PlayStation showcase, and Williams explained some of his philosophy in approaching directing this sequel.

“God of War 2 and Ghost of Sparta are probably the two favorite games that I worked on,” Williams said. “There was a method to both those games, taking the base and then saying, ‘You know what, let’s go deep on fan service. Let’s go big on variety, but not more just to have more. More that was appropriately structured.

“For me being first time [in the director’s chair], I’m going to take the history lessons of the past, and I’m going to use those to try to do that. So in Ragnarok, what we are trying to do specifically with Kratos, we’re trying to give a lot more expressiveness to the player.”

And, no, by “expressiveness,” Williams doesn’t mean giving Kratos more goofy photo mode faces (though I personally wouldn’t be opposed to them). Instead, he was referring to some of the choices around Kratos’ gear, which players had a much greater control over in the 2018 entry as opposed to previous games. He also teased that Atreus, who often served as an aid in combat who had a limited number of follow-up and combo moves he could pull off while players controlled Kratos.
“The way [he and Kratos] link up, he’s grown up a little bit, so he’s got a lot more follow-ups and setups for Kratos,” he continued, though he noted the team is equally making sure the suite of enemies players face can match up to these new moves.

“Creatures then obviously need to have tools to go against that, otherwise you’re going to destroy them. So creatures have new things that you’re going to need to think, ‘Oh, I might need to break them down with Atreus first, or do this with Kratos,” Williams noted.

“There’s going to be a little bit more conversation with the enemies with all the new tools. But because you can have different tools, then you have different conversations, so you can kind of push them one way or that way,” he continued [conversation of course not meaning literal discussions but combat strategies], noting that in the way armor had depth in the first of these Norse-based games, other elements should similarly allow for player variety.

Williams also explained that this thought, of evolving and deepening what players experienced before, is also being applied to Ragnarok’s actual world, which will let players visit all Nine Realms whereas God of War 2018 omitted some. And even though Fimbulwinter has begun, players shouldn’t expect to only encounter snowy realms.

“Going to all the Nine Realms, that was big for me making the old new again. Any realm you’ve been to before, because Fimbulwinter has struck, they’re changed in some way. It doesn’t mean that every realm is effected by snow, by the way. I think that’s a misnomer…Fimbulwinter is an event that changes the realms in different ways. Midgard is the cataclysmic epicenter, so it got permafrost, almost if you will.”

But all of the additions the team is making are very methodically intentioned – while the gameplay teases hint at a greater variety than even 2018’s God of War offered, Williams wants to make sure all of these new additions mean something to the experience, using an example from combat that indicates how these additions have wider effects.

“Variety for variety’s sake is not a thing at all [for us].”

“Variety for variety’s sake is not a thing at all [for us]. It’s there to serve what we’re trying to do,” Williams said. “Kratos grappling up the ledge with a chain and then colliding with the enemy and going off [in the new gameplay footage], you couldn’t do things like that [in 2018]. Most of the gameplay last time took place on a plane. Now there’s some verticality to it, but it wasn’t [a thought like], ‘Oh, let’s have him flinging up walls just because.’ [That’s included] because there’s gameplay oriented around it, almost king of the hill-type encounters. So it changes how a player expresses themselves on the battlefield.

“Enemies also, can take advantage of that. So if you’re not paying attention, they’re going to take advantage as well. So it helps again with that conversation that goes through combat.”

Though the gameplay trailer only gives us a tease of what’s to come, it begins to establish how Santa Monica Studio is building on the new combat of 2018 and deepening it further for players. For now, that gameplay will have to suffice as we wait for God of War Ragnarok’s release on PS4 and PS5 in 2022.

Jonathon Dornbush is IGN’s Senior Features Editor, PlayStation Lead, and host of Podcast Beyond! He’s the proud dog father of a BOY named Loki. Talk to him on Twitter @jmdornbush.

The post How God of War Ragnarok’s World and Combat Are Evolving 2018’s Foundation appeared first on TechiAzi.