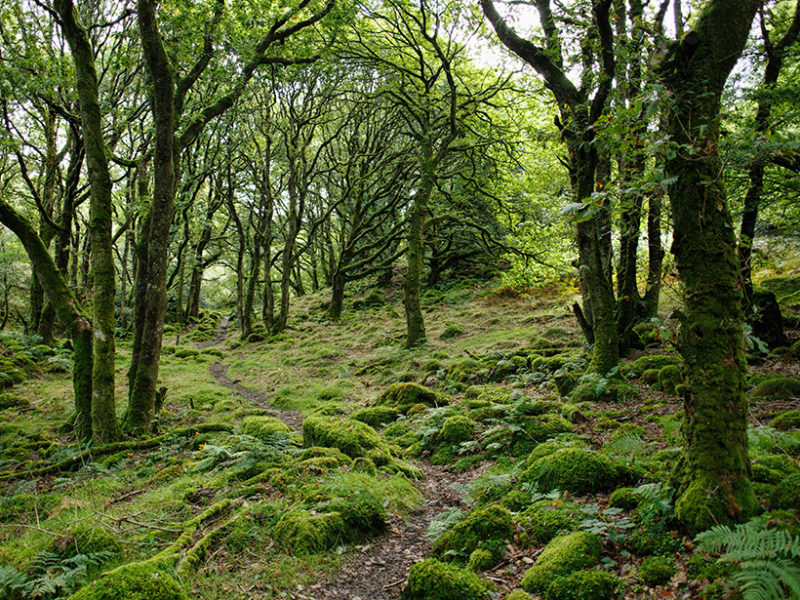 The international treaty that phased out the production of ozone-depleting chemicals has prevented between 0.65°C and 1°C of global warming, according to research.

The study also showed that carbon stored in vegetation through photosynthesis would have dropped by 30% without the treaty, which came into force in 1989.

Researchers from the United Kingdom, New Zealand, and the United States wrote in Nature that the Montreal Protocol was essential in protecting carbon stored in plants. Studies in the polar regions have shown that high-energy ultraviolet rays (UVB) reduce plant biomass and damage DNA. Forests and soil currently absorb 30% of human carbon dioxide emissions.

“At the ends of our simulations, which we finished around 2100, the amount of carbon which is being taken up by plants is 15% the value of our control world where the Montreal Protocol is enacted,” said lead author and atmospheric scientist Paul Young of Lancaster University.

In the simulation, the UVB radiation is so intense that plants in the midlatitudes stop taking up a net increase in carbon.

Plants in the tropics fare better, but humid forests would have 60% less ozone overhead than before, a state much worse than was ever observed in the Antarctic ozone hole.

The study used a chemistry climate model, a weather-generating tool, a land surface model, and a carbon cycling model. It links ozone loss with declines in the carbon sink in plants for the first time.

Chlorofluorocarbons (CFCs), ozone-depleting chemicals phased out by the Montreal Protocol, are potent greenhouse gases. The study estimated that CFCs would warm the planet an additional 1.7°C by 2100. Taken together, the damage from UVB radiation and the greenhouse effect of CFCs would add an additional 2.5°C warming by the century’s end. Today, the world has warmed, on average, 1.1°C at the surface, leading to more frequent droughts, heat waves, and extreme precipitation.Carbon dioxide levels double in the “World Avoided” scenario.

The last scenario, called the “World Avoided,” assumes not only that the Montreal Protocol never happened but also that humans had no idea CFCs were harming ozone, even when the effects would become clear in the 2040s. The models also assume one kind of UVB damage to all vegetation, when in reality, plants react differently. 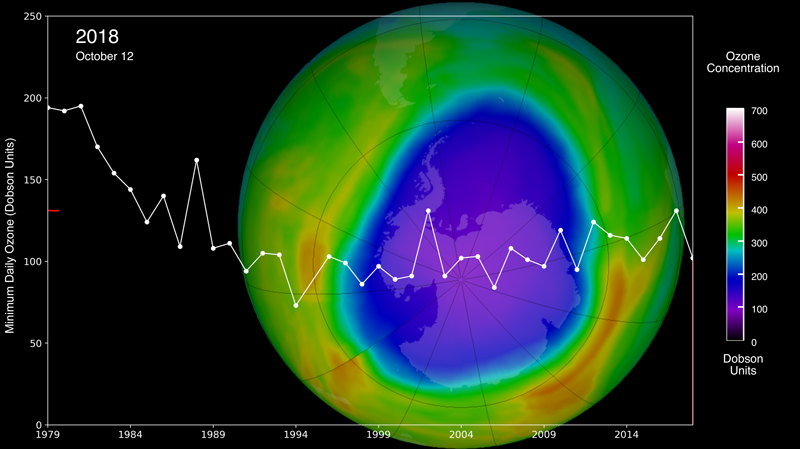 The ozone layer over Antarctica has stabilized and is expected to recover this century. Credit: Amy Moran/NASA Goddard Space Flight Center

“The Montreal Protocol is regarded as one of the most successful global environmental treaties,” said University of Leeds atmospheric scientist Martyn Chipperfield, who was not involved in the research. “CFCs and other ozone-depleting substances are potent greenhouse gases, and the Montreal Protocol is known for having real benefits in addressing climate change by removing previous levels of high CFCs from the atmosphere.”

The Kigali Amendment to the Montreal Protocol in 2016 brought climate change to the forefront. Countries agreed to gradually phase out hydrofluorocarbons (HFCs), which are used in applications such as air conditioning and fire extinguishing systems. HFCs originally replaced hydrochlorofluorocarbons (HCFCs) and CFCs because they do not harm ozone. Yet HFCs are potent greenhouse gases.

The Montreal Protocol was the “best accidental climate treaty,” said Young. “It is an example of where science discovered there was a problem, and the world acted on that problem.”

Injecting sulfate aerosols into the stratosphere has been proposed as one geoengineering solution to slow global warming. “People are seriously talking about this because it’s one of the most plausible geoengineering mechanisms, yet that does destroy ozone,” Young said. Calculating the harm to the carbon cycle is “the obvious follow-up experiment for us.”

The research highlights the importance of the U.N. Climate Change Conference of the Parties (COP26) this fall, which will determine the success of worldwide climate targets.

Immediate and rapid reductions in greenhouse gases are necessary to stop the most damaging consequences of climate change, according to the Intergovernmental Panel on Climate Change.