Neil Marshall (The Descent, Dog Soldiers, The Reckoning) is back with The Lair, and Collider recently got its hands on some exclusive images from the flick! 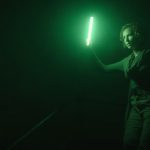 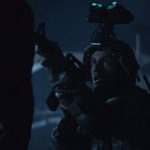 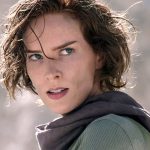 “I’m thrilled to be back in the world of full-blooded action horror for the first time since ‘The Descent’ and ‘Dog Soldiers,’ and this film certainly holds some kinship with those two movies,” Marshall said in a statement. “Originally conceived as a small and contained indie film to shoot during lockdown, my ambitions for the movie grew into something much more action-packed and monster-fuelled, with a sci-fi twist. It’s packed full of cool characters, scares, laughs, and of course some grizzly death scenes.”

The Lair is getting a theatrical, digital, and VOD release on October 28th, 2022. It will then creep onto Shudder sometimes in early 2023.

The post IMAGES SURFACE FROM NEIL MARSHALL’S THE LAIR appeared first on THE HORROR ENTERTAINMENT MAGAZINE.