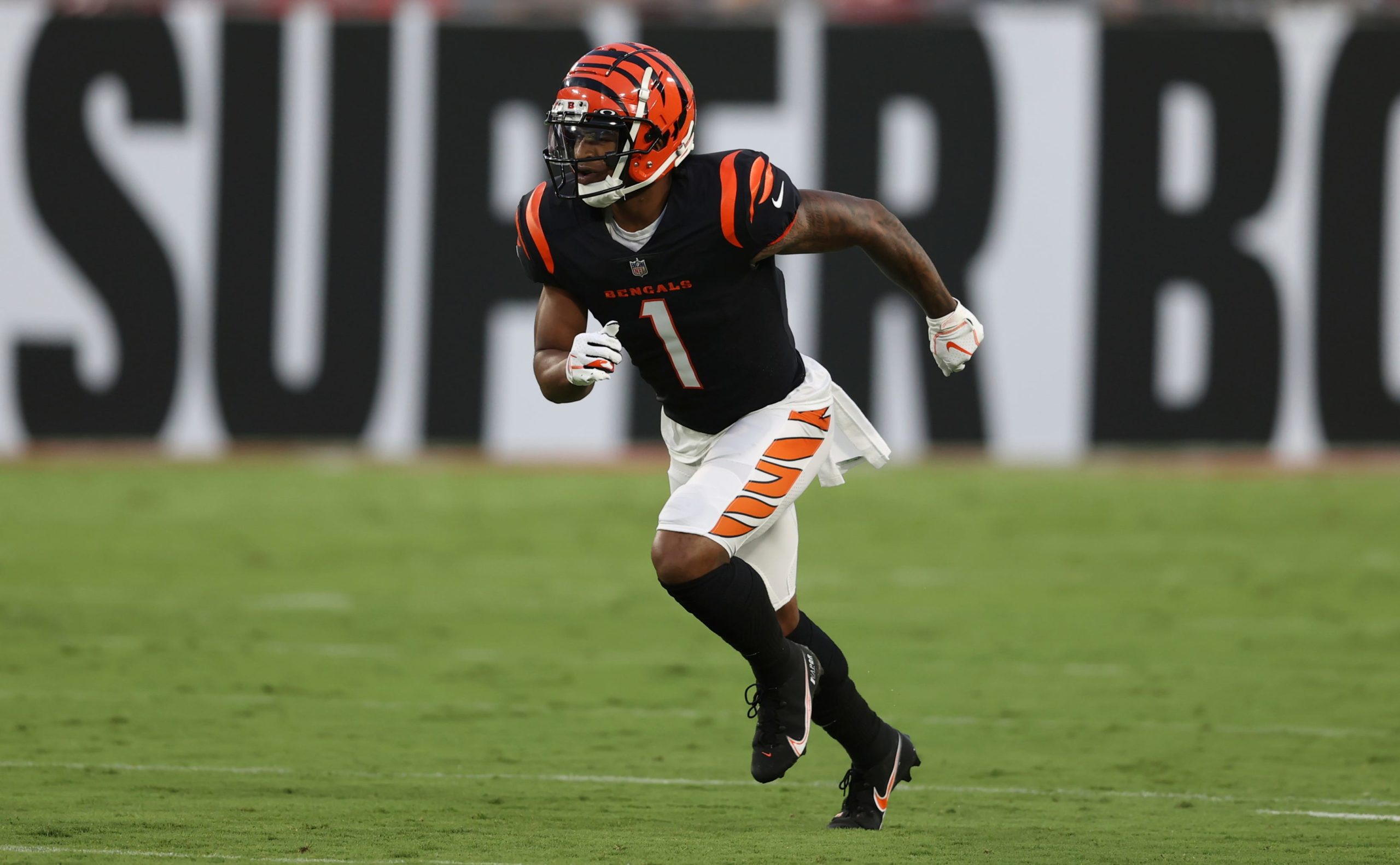 Bengals’ Ja’Marr Chase didn’t have a brilliant day yesterday as claims started circulating he had dropped passes because of lack of stripes in football as compared with college football.

He has now ripped into that claim;

haha i never said it was hard to catch. they asked me what the difference was in the ball

Check below for the interview that caused controversies. Chase was asked to compare college football and NFL.

“The ball is different because it is bigger,” said Chase. “It doesn’t have the white stripes on the side so you can’t see the ball coming from the tip point so you actually have to look for the strings on the ball at the top, which is hard to see because whole ball is brown and you have the six strings that are white. But for the most part, just have to get used to it and find out what I am comfortable with catching.”

“I don’t want to blame it on me sitting on my butt the whole year, but it probably had something to do with it, of course. There’s a bigger ball adjustment, so I don’t want to make excuses but I’ve just got to be a pro and make the catch.”

“By looking the ball in I’m talking about high-pointing it and watching it and as soon as it hit you looking away. Me running before the catch. Me doing stuff like that and dropping it. I did that a couple times,” he said.

The post Ja’Marr Chase rips into claims he blamed his dropped passes on absence of white stripes on NFL balls appeared first on Terez Owens.