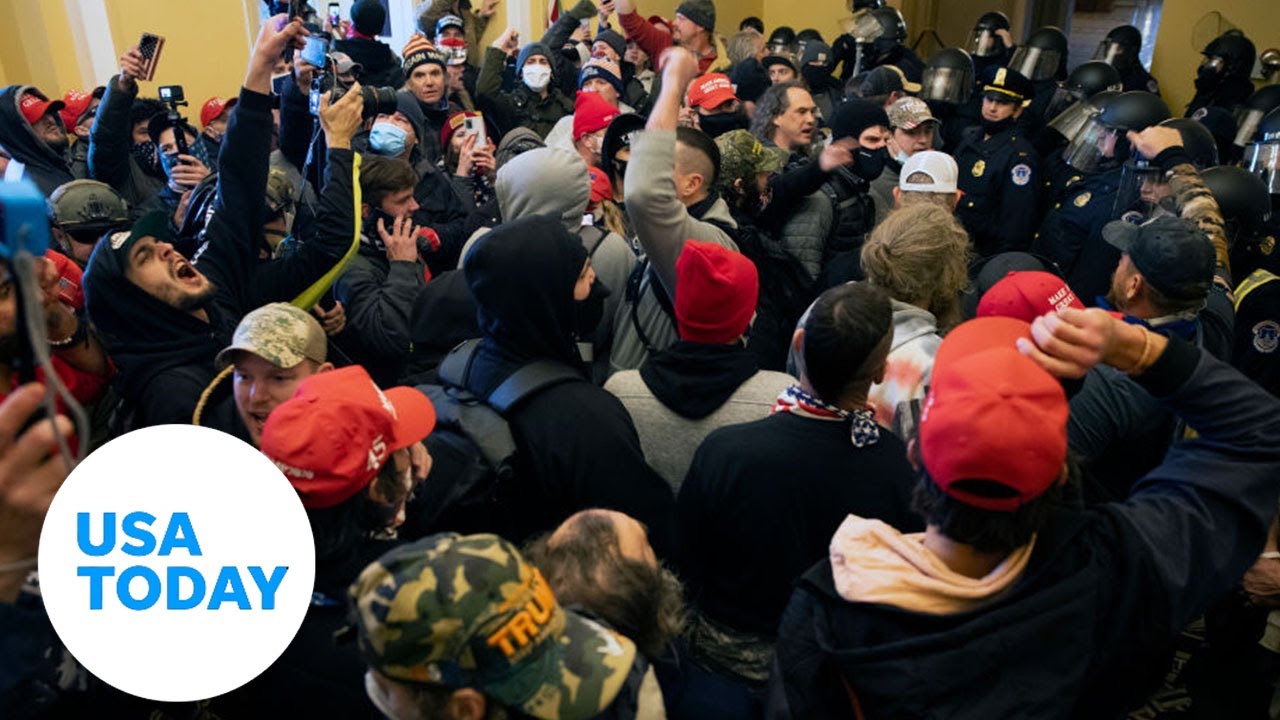 WASHINGTON – Following Thursday’s prime-time introduction to the Jan. 6 committee investigating the Capitol attack’s findings, the second of eight hearings will dig into the details of former President Donald Trump’s efforts to overturn the 2020 election.

Former U.S. attorney to testify about Trump pressure in Georgia

Trump urged Georgia Secretary of State Brad Raffensperger during a Jan. 2 call to “find” 11,780 votes he needed to beat Joe Biden in the state. Pak, who had already announced his departure as U.S. attorney but was still in office, sped up his departure after Trump called him a “never Trumper” during the call.

Richard Donoghue, the former acting deputy attorney general, told the committee Trump wanted to fire Pak during a Jan. 3 Oval Office meeting, but that Pak had been vetted and was doing his job. White House counsel Pat Cipollone called the proposal “ridiculous” because Pak was already leaving, according to Donoghue.

Al Schmidt, a former city commissioner in Philadelphia, is testifying before the Jan. 6 committee Monday.

Schmidt, the only Republican city commissioner overseeing the 2020 presidential election in Philadelphia, defended the 2020 presidential election results. Former President Donald Trump criticized Schmidt days after the election for his stance, calling him a RINO —  Republican in name only — who was “being used big time by the Fake News Media to explain how honest things were with respect to the Election in Philadelphia.”

Schmidt resigned as city commissioner in November 2021 and currently serves as CEO of the Committee of Seventy, an independent and nonpartisan advocate for better government in Philadelphia and Pennsylvania.

Kevin Marino, Bill Stepien’s lawyer, is appearing in his place at the Capitol after Stepien’s wife went into labor this morning.

Marino said “Mr. Stepien was in town preparing for his testimony here today in response to the subpoena,” before his wife went into labor.

Marino said it was his understanding that there would be video testimony from Stepien showed during the hearing.

Chris Stirewalt, a former Fox News political editor, is expected to testify Monday at the House Jan. 6 committee hearing about how he helped the network become the first to declare former President Donald Trump’s loss in Arizona in the 2020 election.

Arizona, which President Joe Biden won, was one of seven states that Trump contested after the election and that submitted alternate slates of fake electors to deny Biden the White House.

Stirewalt was let go after the controversial election call and Bill Sammon, managing editor of Fox’s Washington bureau, retired. Two days after the call, Stirewalt said in his last appearance on air that “Arizona is doing just what we expected it to do and we remain serene and pristine.”

The committee said the hearing would start a half-hour later than the 10 a.m. scheduled time.

“Due to a family emergency, Mr. William Stepien is unable to testify before the Select Committee this morning. His counsel will appear and make a statement on the record,” the committee announced.

What does Bill Stepien know about Trump’s fraud claims?

The committee sought Stepien’s testimony about converting the election campaign to focus on “Stop the Steal” messaging and related fundraising, according to other witnesses. The messaging included false claims about unreliable voting machines and an internal campaign memo in which campaign staffers determined the claims were false, according to the committee.

“President Trump invested millions of dollars of campaign funds purposely spreading false information, running ads he knew were false, and convincing millions of Americans that the election was corrupt and he was the true President,” the committee vice chair, Rep. Liz Cheney, R-Wyo., said Thursday. “As you will see, this misinformation campaign provoked the violence on Jan. 6.”

There are two more hearings this week: Wednesday at 10 a.m. ET and Thursday at 1 p.m. ET.

The remaining four hearings have not yet been scheduled.

Who are Monday’s witnesses at the Jan. 6 hearing?

Pak reportedly expedited his departure from the U.S. attorney’s office after Trump complained during his Jan. 2 call with Georgia state officials he considered Pak a “never Trumper” who opposed his efforts to overturn the election.

Who is on the Jan. 6 committee?

Why is Pence central to the Jan. 6 investigation

The House committee investigating the attack will focus during its June hearings on Pence’s key role presiding over the Electoral College vote count.

Rather than single-handedly rejecting electors from states then-President Donald Trump lost, as the president and his allies urged, Pence refused to interfere with or delay the count certifying President Joe Biden’s victory while a mob ransacked the Capitol and threatened the vice president’s life.

Thompson said lawmakers discussed having Pence testify, but that it might not be necessary because of cooperation from his top advisers. Pence’s chief of staff, Marc Short, and counsel, Greg Jacob, were among more than 1,000 witnesses, including more than a dozen from the White House, who met with the committee.

Here’s who testified about the Jan. 6 Capitol attack Thursday

Thursday’s hearing featured two witnesses: a U.S. Capitol Police officer who was injured during the riot and a documentarian who filmed parts of the violence.

U.S. Capitol Police Officer Caroline Edwards was the “first law enforcement officer injured by rioters storming the Capitol grounds on January 6, 2021,” according to the committee. She told lawmakers Thursday that she was called “Nancy Pelosi’s dog” and “a traitor to my country, my oath and my constitution” during the violence, describing the Capitol grounds as an “absolute war zone.”

British documentarian Nick Quested filmed the leaders of two far-right groups, Proud Boys leader Enrique Tarrio and Oath Keepers founder Stewart Rhodes, meeting in a parking garage near the Capitol. He told lawmakers Thursday that he met up with hundreds Proud Boys at about 10:30 a.m. on Jan 6, noting he was “confused to a certain extent” why they were walking away from the president’s speech because “that’s what I felt we were there to cover.”

What it was like in the room during Thursday’s Jan. 6 hearing

During first of eight hearings held by the House committee investigating the Jan. 6 Capitol riot, the room remained mostly quiet, the crowd engaged, aside from reporters’ rapid typing on computers during moments of new information. Revelations evoked murmurs and sometimes tears from the audience.

Audience members’ moods abruptly shifted when a video chronicling the events of Jan. 6, 2021, played, many shifting in their seats and visibly on edge. During the video, Capitol Police Officer Harry Dunn embraced the widows of two officers who died as a result of the attack, who used tissues to wipe tears from their eyes.

In gripping testimony often stifled by emotion, Capitol Police Officer Caroline Edwards recalled navigating a “war zone” that day, slipping on the blood of fellow officers and catching them as they fell while the rioters stormed the Capitol.

Takeaways from the Jan. 6 committee’s first hearing on its findings

Members of a House Committee investigating the Jan. 6, 2021, attack on the U.S. Capitol began Thursday outlining their case that the insurrection was the final act of an intricate scheme orchestrated by former President Donald Trump to overturn the 2020 election.

The committee said that Trump knew he lost the 2020 presidential election, and despite that, enacted a “sophisticated seven-part plan” to overturn the election results. But not all Trump loyalists – or family – went along with Trump’s plans, the committee said.

The committee also sought to tie Trump to the actions of the Proud Boys, framing the extremist organization as a vehicle for Trump that was inspired to attack the Capitol by the former president.

An Ultimate Guide To Create A Digital Marketing Strategy

The off-brand merch sold during Dubs parade was mostly hilarious