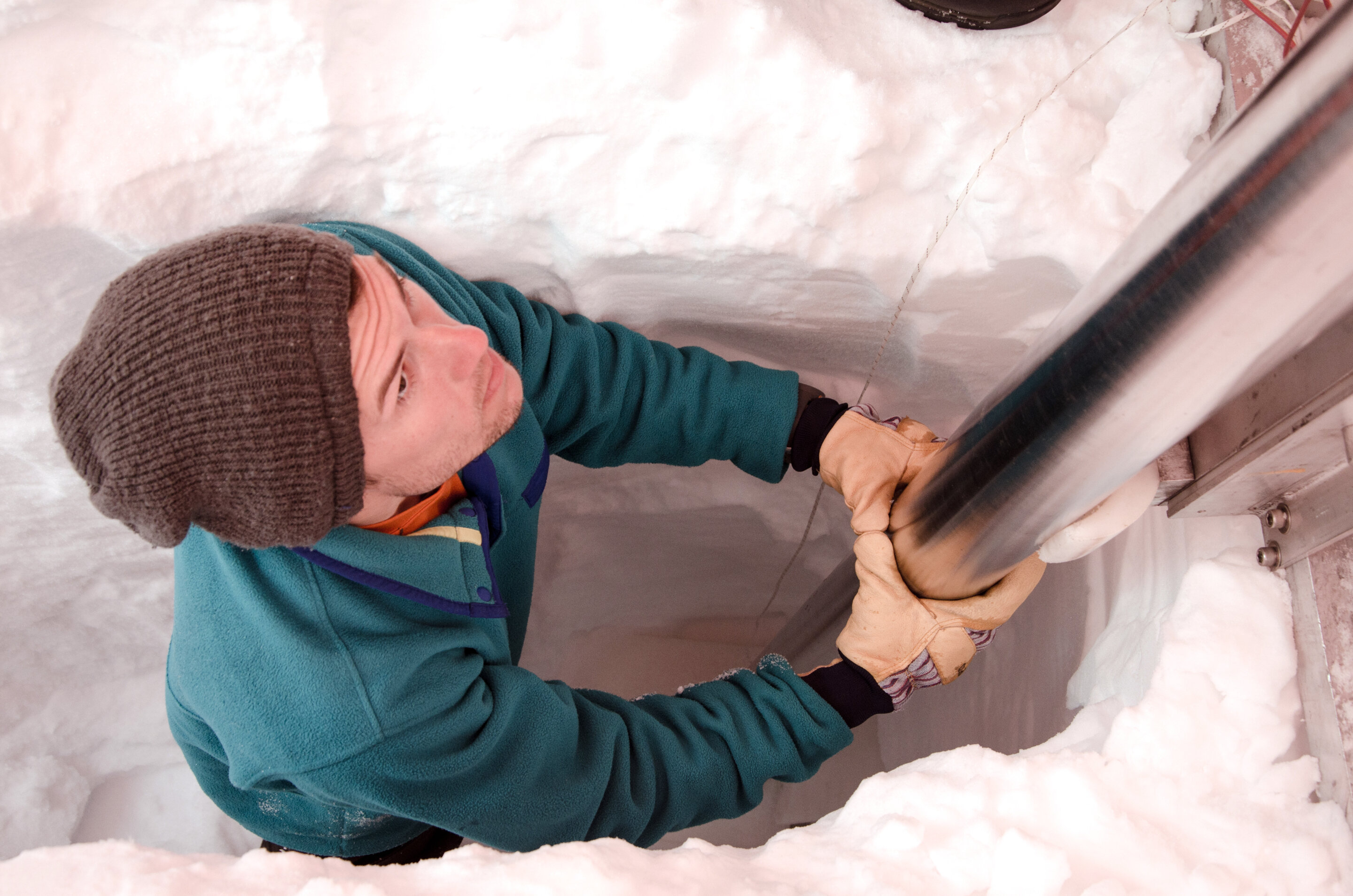 New research provides insights into how the position and intensity of the North Atlantic jet stream has changed during the past 1,250 years. The findings suggest that the position of the jet stream could migrate outside of the range of natural variability by as early as the year 2060 under unabated greenhouse gas emissions, with potentially drastic weather-related consequences for societies on both sides of the Atlantic.


Led by Matthew Osman, a postdoctoral research associate at the University of Arizona Climate Systems Center, the study is published in the Proceedings of the National Academy of Sciences, or PNAS.

Familiar to air travelers flying between North America and Europe, the North Atlantic jet stream is the ribbon of prevailing westerly winds circling the Arctic. Often called the “polar jet,” these high-altitude winds impact weather and climate across eastern North America and western Europe, accounting for between 10% and 50% of variance in annual precipitation and temperature in both regions. However, little is known about how the jet stream varied during the past, or how it might change in the future.

Osman’s research team collected glacial ice core samples from nearly 50 sites spanning the Greenland ice sheet to reconstruct changes in windiness across the North Atlantic dating back to the eighth century.  The reconstructions suggest that natural variability has thus far masked the effect of human-caused warming on mid-latitude atmospheric dynamics across annual and longer timescales.

“For most places on Earth, direct climate observations typically do not span more than a few decades,” Osman said. “So, we haven’t had a great sense of how or why the jet stream changes over longer periods of time. What we do know is that extraordinary variations in the jet stream can have severe societal implications, such as floods and droughts, due to its impacts on weather patterns and so, in terms of thinking about the future, we can now begin to use the past as a sort of prologue.”

The work reveals that although natural variability has largely controlled the position of the North Atlantic jet stream, continued warming could cause significant deviations from the norm. In particular, model projections forecast a northward migration of the North Atlantic jet stream under 21st-century warming scenarios. Such migration could render the jet stream significantly different within a matter of decades.

Although the polar jet stream blows most swiftly near the typical cruising altitudes of planes, the band of winds actually extends all the way to the ground. While of lesser intensity, Osman explained, near the ground it is often referred to as storm tracks. Storm tracks impact weather and climate across Greenland, affecting the island’s precipitation and temperature changes. By analyzing year-to-year variations in the amount of snowfall archived in Greenland ice cores, as well as the chemical makeup of the water molecules comprising those annual snow layers, the researchers were able to extract centuries-old clues into how the jet stream changed.

“These layers tell us about how much precipitation fell in a given year and also about the temperatures that airmasses were exposed to,” Osman said.

Weather events like this summer’s heat wave in the Pacific Northwest and the floods in Europe are some recent examples of how the jet stream affects weather patterns based on its intensity or location in the short term, Osman said. But societally significant changes also occur across longer time scales; reconstructing the jet stream’s past revealed that in some years, it could be far north, only to venture more than 10 degrees farther south a few years later.

“Such variations have huge implications on the types of weather that people might experience at a given place,” Osman said. “For example, when the jet stream is situated further south, the normally dry Iberian Peninsula tends to experience milder, moister conditions. But, as the jet stream migrates northward, much of that moisture also moves away from Iberia towards already-wet regions of Scandinavia. A poleward-shifted jet stream in the future thus might have similar, but more permanent, consequences.”

The team was able to match certain changes in wind speed and geographical shifts to historical weather-related calamities. For example, during a famine that gripped the Iberian Peninsula in 1374, the jet stream was situated unusually far north. Similarly, two famine events in the British Isles and Ireland in 1728 and 1740 coincided with years that winds blew at nearly half their usual intensity, dramatically cooling temperatures and reducing precipitation. The latter of these events, in 1740, is estimated to have cost the lives of nearly half a million people.

Osman and his co-authors expect that any future shifts in the North Atlantic jet stream would also have dramatic implications on day-to-day weather and ecosystems, with trickle-down effects impacting national economies and societies.

“Our results serve as a warning: Although pushing the jet stream beyond its natural range would be problematic, its ultimate trajectory is still largely in our control,” he said.