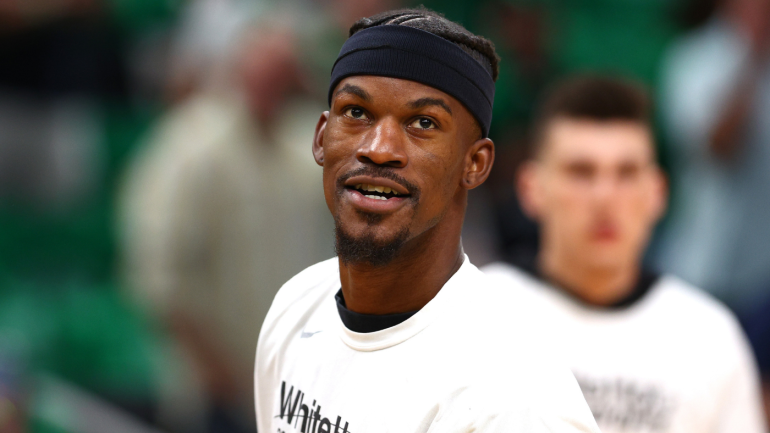 Jimmy Butler left the Miami Heat’s Game 3 win in the Eastern Conference finals over the Boston Celtics with knee inflammation on Saturday night, the team announced. Butler played 19 minutes in the first half but did not come out of the locker room after halftime.

It’s not clear if there was any specific instance that caused the flare-up, but Butler has been dealing with a knee problem throughout the playoffs. He previously missed Game 5 of the Heat’s first-round series against the Atlanta Hawks due to knee inflammation. In general, this has been an injury-plagued season for Butler. He only played 57 games due to a wide variety of issues including ankle, tailbone, toe and shoulder issues.

Following Miami’s 109-103 victory, Heat coach Erik Spoelstra said that Butler would not need to undergo an MRI after missing the second half of Game 3. Additionally, USA Today is reporting that Butler is not expected to miss any further time in this series as a result of the knee inflammation.

Keep an eye on your inbox.

There was an error processing your subscription.

He almost singlehandedly won Game 1 of this series by putting up 41 points, nine rebounds, five assists, four steals and three blocks. For the playoffs, he’s averaging 29.8 points, 7.6 rebounds, 5.2 assists and 2.2 steals per game, while shooting 54 percent from the field.

The Heat wound up surviving Game 3 without Butler but the fact they will not be without him any further, barring any other sort of injury issue, is certainly a positive development for Miami.

BC Set to Play in Next Season’s Paradise Jam

Hawks Interested in Deandre Ayton for ‘Less Than Max’

This Astros-Yankees series should be a slobberknocker

He needs to be a defense-first player

Chasing 16: The Problem with Parity