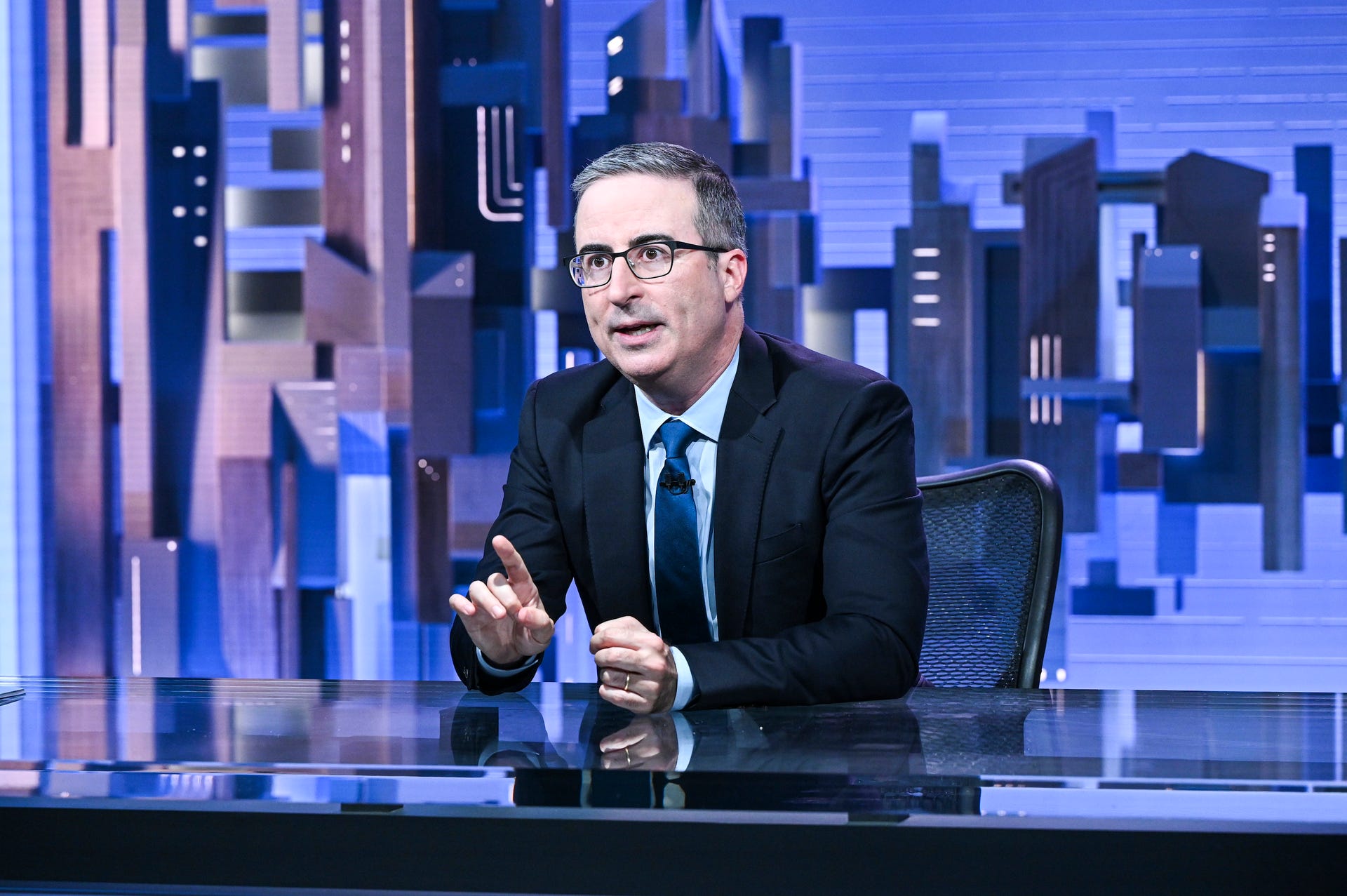 In a bit about unused coronavirus vaccines, Oliver poked at the company for canceling the release of DC’s “Batgirl,” a movie that was developed as a straight-to-HBO Max movie and cost $90 million to make after pandemic-related costs increased the budget.

“For some reason we let the vaccine sit on a shelf in our reserves like an expired Chobani or a $90 million movie on HBO Max,” Oliver said, referring to “Batgirl.”

“By the way, hi there, new business daddy,” Oliver added, as a graphic of the Warner Bros. Discovery logo flashed on the screen. “It seems like you’re doing a really great job. I do get the vague sense that you’re burning down my network for the insurance money, but I’m sure that that will all pass.”

Warner Bros. Discovery CEO David Zaslav defended the decision in the company’s earnings call last week, saying “our job is to protect the DC brand, and that’s what we’re going to do.”

“We can’t find an economic case for it,” Zaslav said, referring to made-for-HBO Max movies. “So we’re making a strategic shift.”

As it looks to save costs wherever possible, Warner Bros. Discovery opted to scrap “Batgirl” in favor of a tax writedown, according to Variety and The Hollywood Reporter, rather than pumping more money into it for a theatrical release.

This wasn’t the first time Oliver has slammed his corporate parent. In 2019, he mocked WarnerMedia for preparing to launch HBO Max (which was set to debut in 2020), saying “it’s not HBO, it’s just TV.”

Share
Previous Musk-Twitter Trial to Start Oct. 17, Delaware Judge Rules
Next Being cheerful on the outside can help you – and others – feel it on the inside