legend of ghost mountain for savage worlds comes to gamechanger 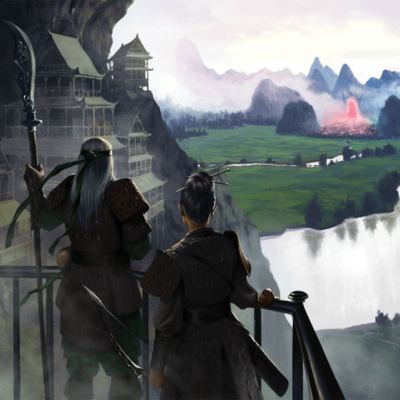 “Ghost Mountain is a sacred site containing a physical gate to the world of the afterlife, and the Ghost Wardens who reside there are dedicated to making sure the souls of the dead pass peacefully through to the afterlife. But something has gone wrong. The dead rebel in unprecedented numbers and commit atrocities against the living. Only the Ghost Wardens can set things right. This is the story of those heroes as their trials and deeds become legend.”

Created by Shane Hensley and Darrell Hayhurst, Legend of Ghost Mountain is a “Savage Saga,” a new type of gaming experience for Savage Worlds. Players take the role of one of five heroes facing a dire threat to the entire world of the living. These detailed pre-generated characters must uncover mysteries, make world-changing decisions, and lead the battle against a literal army of the rebellious dead.

Watch this space and keep an eye on our socials for more information. Plus, don’t miss a special Legend of Ghost Mountain sneak peek with designer Darrell Hayhurst this Friday evening starting at 8pm Eastern over on our official PEG Twitch channel!

The President announced that when all the judicial investigations of the femicide case are finished, …