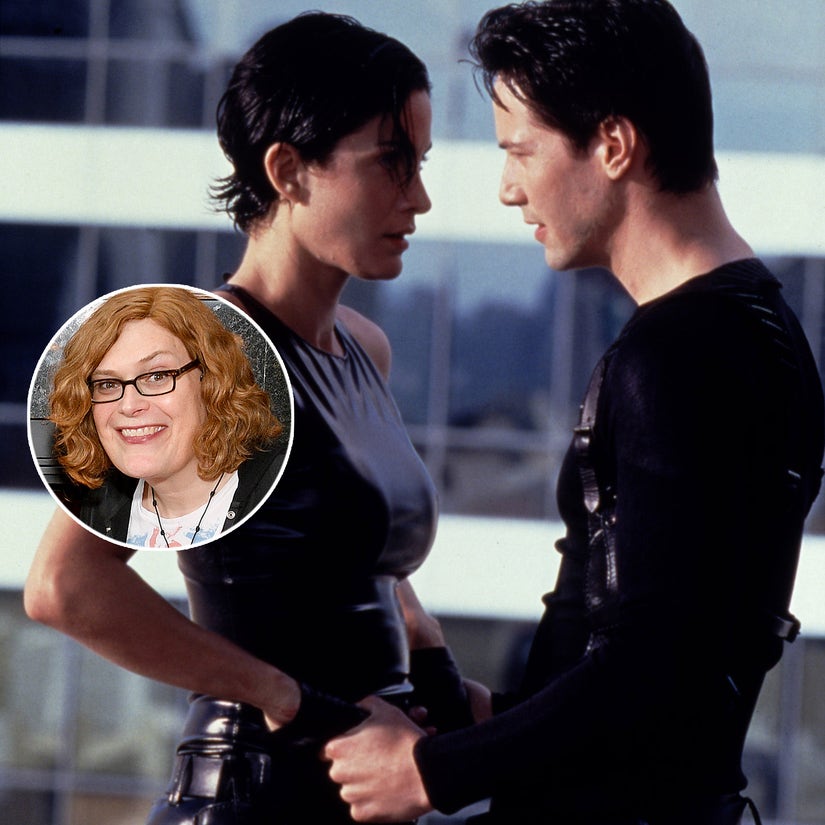 The classic trilogy of films was originally written and directed by both Wachowskis, Lilly and Lana, but only Lana returned for the latest sequel.

It’s a testament to the impact of a project’s creators when their names are as famously associated with the project as perhaps the project itself. Try to separate “The Godfather” from Francis Ford Coppola, “E.T.” from Steven Spielberg or “Star Wars” from George Lucas.

By that same token, it’s always jarring when a project’s original visionary steps away, as when Lucas sold “Star Wars” to Disney. That’s why the glaring absence of Lilly Wachowski from the upcoming “Matrix” sequel has fans wondering what happened.

It’s wonderful that her sister Lana is still at the helm, but the original groundbreaking trilogy of films that changed the moviemaking industry forever was the brainchild of both Wachowskis, which left fans wondering why Lilly had opted out of returning to the fold alongside Lana.

“That’s a tough one,” Lilly told Entertainment Weekly at a recent panel discussion for her upcoming Showtime series, “Work in Progress.” “got out of my transition [in 2016] and was just completely exhausted because we had made ‘Cloud Atlas’ and ‘Jupiter Ascending,’ and the first season of Sense8 back-to-back-to-back. We were posting one, and prepping the other at the exact same time. So you’re talking about three 100-plus days of shooting for each project.”

“And so, coming out and just being completely exhausted, my world was like, falling apart to some extent even while I was like, you know, cracking out of my egg,” she continued. “So I needed this time away from this industry. I needed to reconnect with myself as an artist and I did that by going back to school and painting and stuff.”

That wasn’t all the sisters were going through, with Lilly saying that even as Lana began talking about this new “Matrix” idea with her, the siblings lost both of their parents, who died just five weeks apart.

“There was something about the idea of going backward and being a part of something that I had done before that was expressly unappealing,” she explained.

“I didn’t want to have gone through my transition and gone through this massive upheaval in my life, the sense of loss from my mom and dad, to want to go back to something that I had done before, and sort of [walk] over old paths that I had walked in, felt emotionally unfulfilling, and really the opposite — like I was going to go back and live in these old shoes, in a way. And I didn’t want to do that.”

Luckily for fans, Lana did not feel the same way, and based on early reactions to the recently revealed trailer at CinemaCon in Las Vegas, those fans are more than excited to step back into the world of Neo and Trinity.

Keanu Reeves and Carrie-Ann Moss are back in their iconic roles, alongside Jada Pinkett Smith, Lambert Wilson and Daniel Bernhardt.

Notably not returning is Laurence Fishburne, who said only Lana could say why he wasn’t invited back (or he’s helping stage an epic surprise). Hugo Weaving, the infamous Agent Smith, is also not returning (supposedly) due to a scheduling conflict.

While the trailer has not yet been released to the public, some details did emerge from CinemaCon, including the fact that Reeves’ Mr. Anderson appears to have forgotten all about his adventures in the Matrix, and that he and Moss’ Trinity no longer recognize one another.

Directed by Lana Wachowski, who co-wrote it alongside “Sense8” collaborators David Mitchell and Aleksander Hemon, “The Matrix: Resurrections” is slated to hit theaters and HBO Max on December 22, 2021.