lindsey graham says 'nobody's above the law' after fbi searched 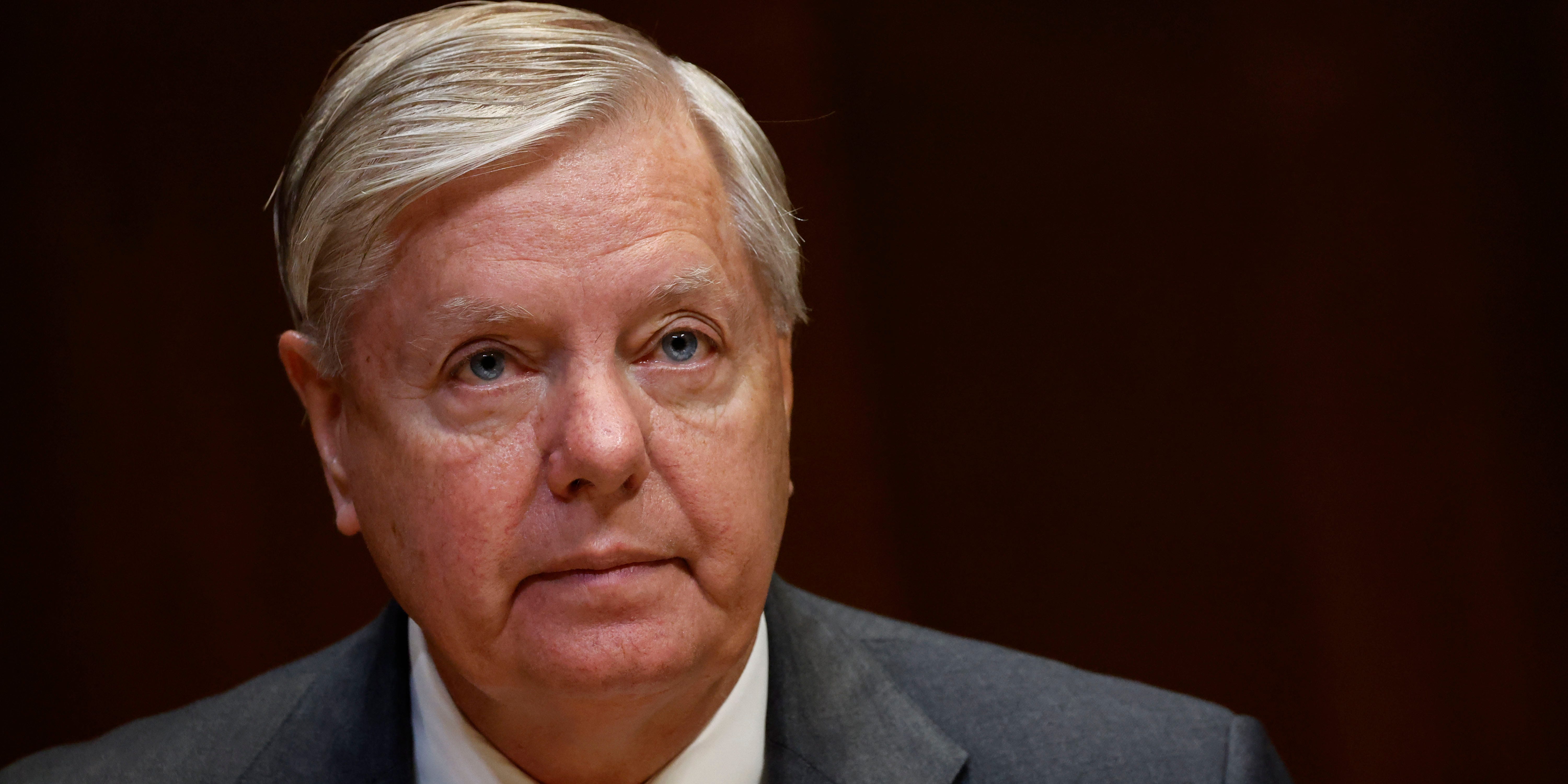 Sen. Lindsey Graham on Tuesday struck a more measured tone when discussing the FBI’s search at former President Donald Trump’s Mar-a-Lago club compared to some of his Republican colleagues who have sharply criticized the move.

“We’re a nation of laws. Nobody’s above the law. That’s for darn sure,” the South Carolina Republican told conservative radio host Hugh Hewitt.

Unlike Graham, a slew of Republican senators swiftly came to Trump’s defense and attacked the Department of Justice after news broke that the FBI searched the former president’s club in Palm Beach, Florida, on Monday. The raid is reportedly part of an investigation into boxes of classified materials and documents that Trump took with him from the White House when he left office.

Graham, a Trump ally, added that he’s “suspicious” of the DOJ’s investigation, likening it to past and current probes involving the former president. But he stopped short of accusing the DOJ of being politically motivated.

“The Russia thing was a bunch of garbage,” Graham told Hewitt. “We all saw January 6 unfold in front of us. Biden is president, and we’ll see what happens. But this is dangerous territory for the Department of Justice.”

Several high-profile Republicans, including Sens. Ted Cruz of Texas, Marco Rubio of Florida, and Josh Hawley of Missouri, have ripped into the raid, claiming the DOJ is politically targeting Trump and abusing its power.

Sen. Rick Scott of Florida, chair of the National Republican Senatorial Committee, threatened to launch an investigation into the raid if Republicans win control of the Senate in this year’s midterm elections. Sen. John Barrasso of Wyoming, also a member of Senate Republican leadership, said the search was “unprecedented” and called for an explanation from the DOJ.

Senate Minority Leader Mitch McConnell, who has largely avoided publicly commenting on Trump since he left the White House, has not weighed in on the matter yet.

Trump, who’s been been spending the summer at his Bedminster, New Jersey, residence, said in a statement on Monday that the FBI search was a Democratic-led attempt to stop him from running for president in 2024.

“They even broke into my safe!” Trump said.