People walk past a &quotnow hiring&quot sign posted outside of a restaurant in Arlington, Virginia on June 3, 2022.

In July, workers got another raise — but some benefited more than others

Average hourly earnings rose 15 cents from June to July, according to new data from the Bureau of Labor Statistics. That means wages grew 5.2% year over year, same as the year-over-year growth in June. 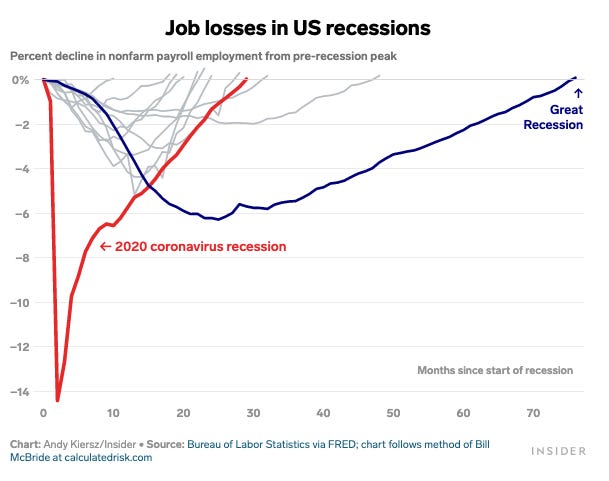 The US has recouped all of the jobs it lost during the coronavirus recession. The rebound took 29 months, nearly three times faster than the recovery from the Great Recession. Unemployment also sits at the same 3.5% rate the US boasted in early 2020.

The stock market is poised to hit new lows later this year following July’s hot job report, Bank of America said in a Friday note. The firm says that’s because inflation is likely to linger and the Fed will be forced to continue tightening financial conditions.

Strong US employment gains will keep pressure on the Fed to continue with its interest rate hikes. Major US indexes saw moderate declines as investors digested the data.

Also putting pressure on stocks was the Democrats’ Inflation Reduction Act, which seems to now have full support of all 50 Senate Democrats needed to pass the reconciliation bill.

The US added 528,000 jobs in July, showing a booming labor market despite recession fears 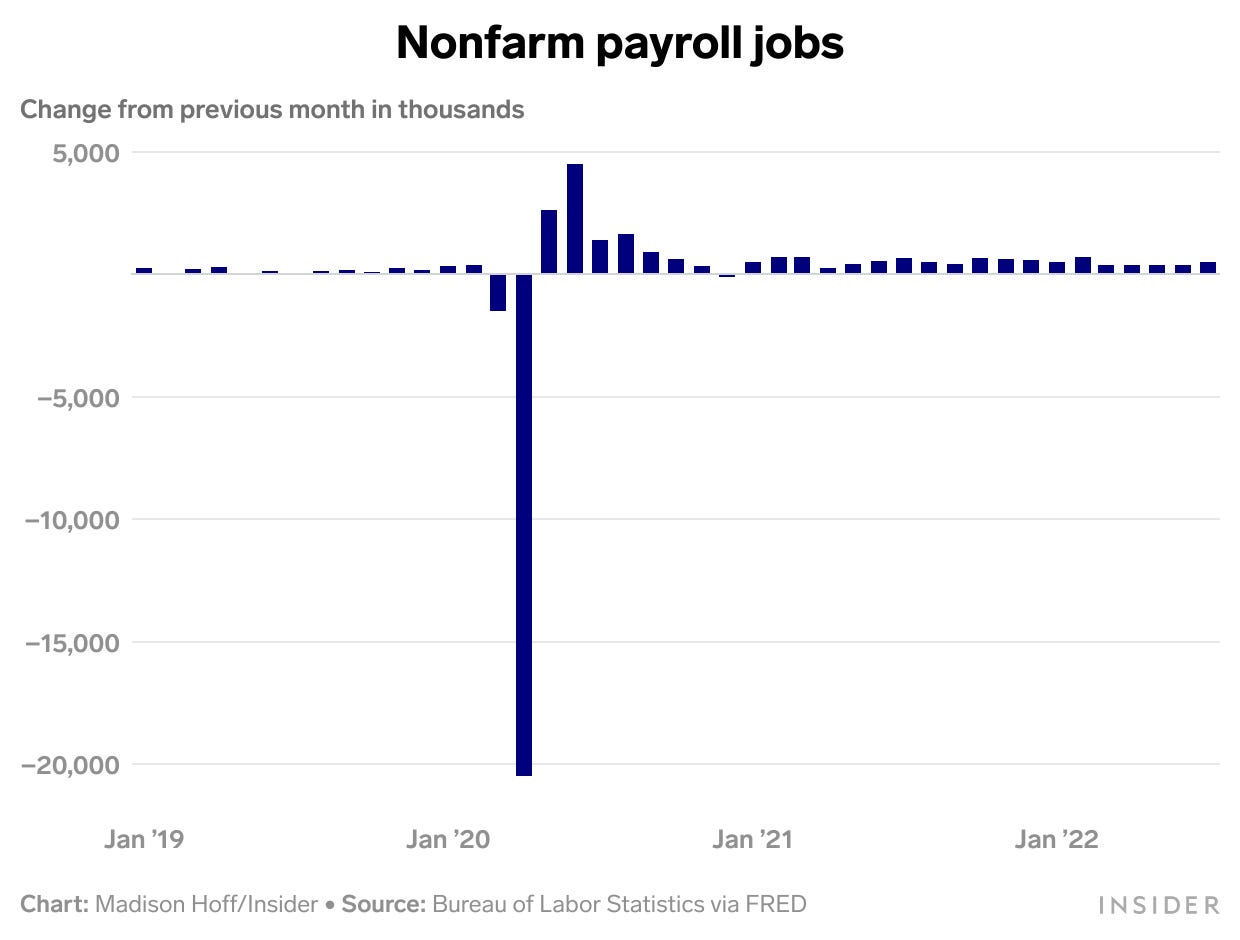 Wall Street is making big bets that the Fed will cut interest rates next year and boost stocks. But they could be in for a rude awakening. 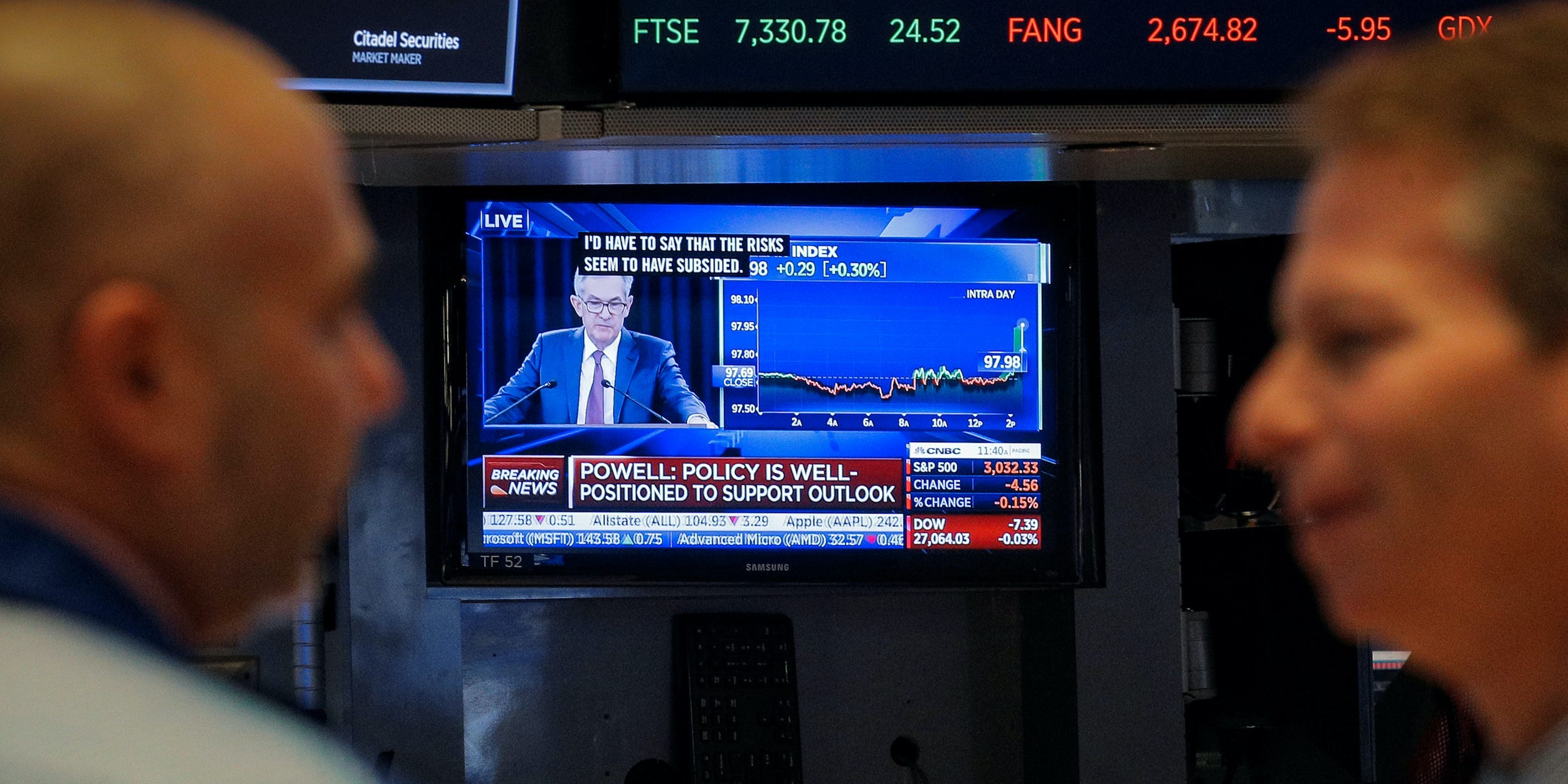 Wall Street and the Fed are at an impasse, and the solution will almost surely hurt investors.

Stocks recently surged on hopes that the central bank will start cutting rates in 2023. But Fed officials have clarified that the hiking cycle is far from over.

Inflation hurts, but we’re in real trouble when people can’t get a job 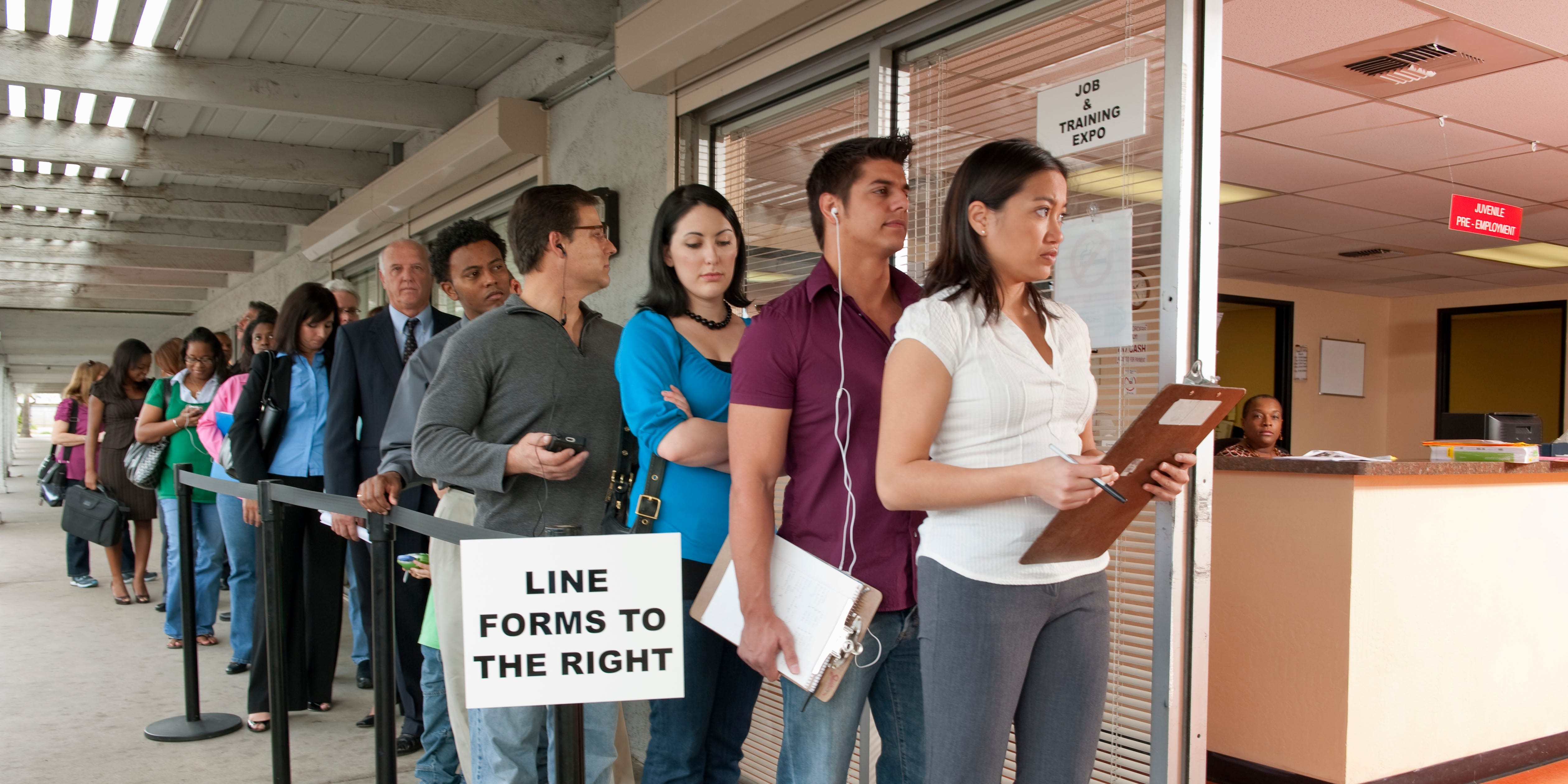 Joblessness, not inflation, is the biggest threat to the economy, some experts say.

Fed Chair Jerome Powell has frequently pointed to the labor market’s strength as a sign that the economy can shoulder the burden of higher rates, but the central bank is walking a tightrope in its fight against inflation. The odds of a recession are rising among many Wall Street analysts.

Workers aren’t acting like we’re in a recession. More than 4 million quit their jobs in June.

Americans still aren’t staying in their jobs, even as fears of a recession settle over the economy.

In June, 4.2 million people quit their jobs, according to new data out from the Bureau of Labor Statistics.

At the same time, hiring wasn’t slowing down: 6.4 million Americans were hired in June, and the layoff rate stayed low at 0.9%. That means that, even as some do see layoffs and hiring slowdowns, workers for the most part aren’t worried about walking away from their jobs.

It’s the beginning of the end of the labor shortage 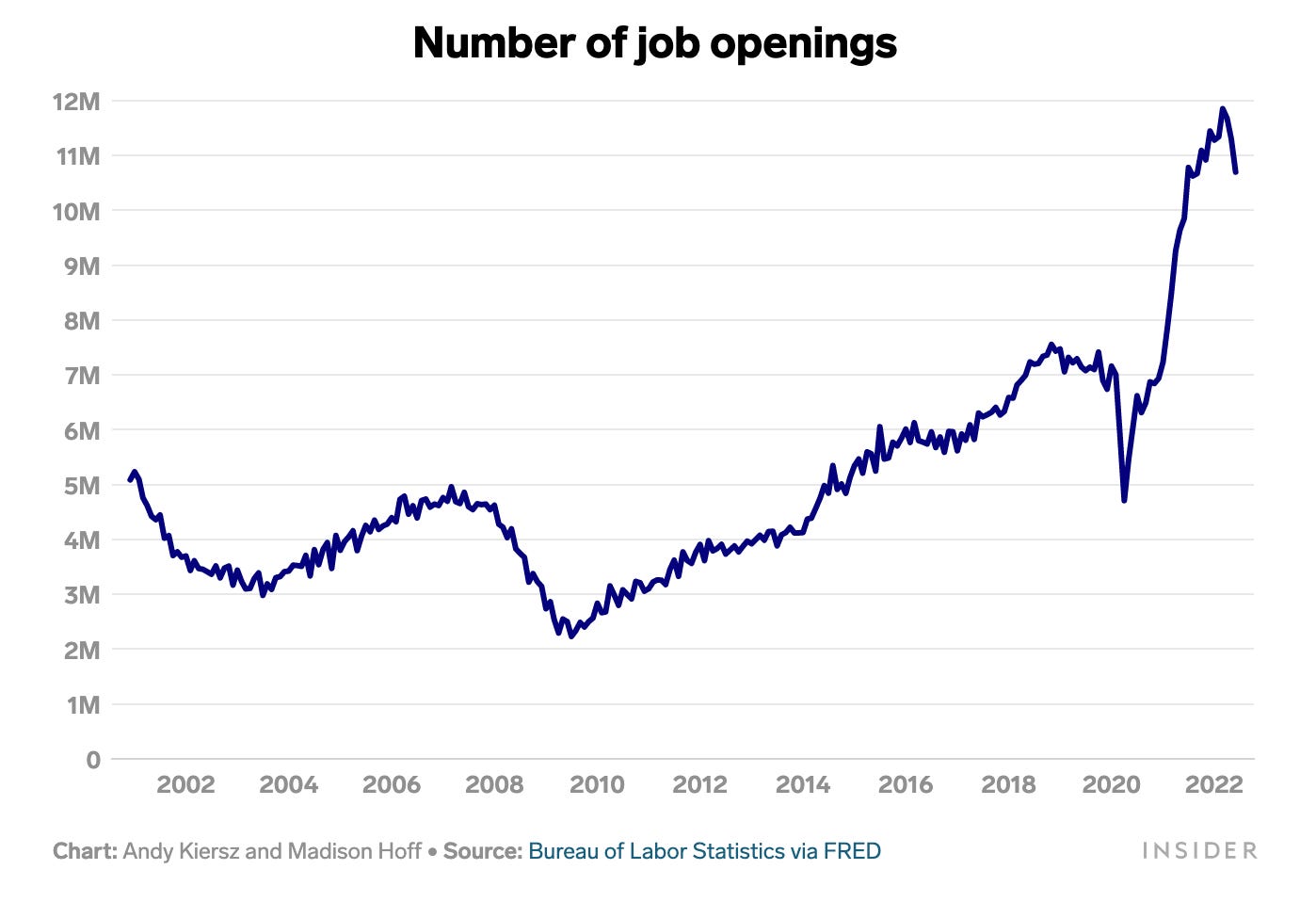 Job openings tumbled to 10.7 million from 11.3 million in June, according to Job Openings and Labor Turnover Survey data published Tuesday morning.That’s below median estimates of 11 million.

The data hints that the labor shortage may be waning, as the number of unemployed Americans per job opening climbed to 0.6 in June from 0.5.

The US could be heading for a recession. That’s great news for stocks.

The economy is shrinking, and Americans increasingly fear a recession is either on the horizon or already here. Yet the stock market is positively thriving.

The S&P 500 was up over 9% in July, staging its biggest one-month rally since 2020. Investors are trying to regain its footing after a brutal first half of the year, but economists stress that the market is not the economy and warn that data still shows an uncomfortably high likelihood of a recession.