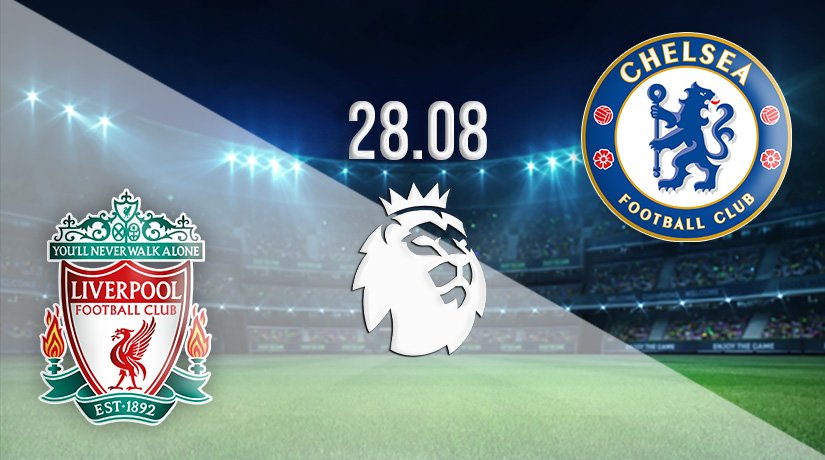 Football fans welcome week three of the new English Premier League season this weekend, with the majority of matches played on Saturday afternoon, something of a rarity these days. There are some fascinating contests on the schedule but none quite as exciting as the game at Anfield where Liverpool and Chelsea clash. This match will be played before a capacity crowd on Merseyside, with millions more watching the play live on TV from 17:30 GMT. This promises to be a captivating 90 minutes of football.

Both the Reds and the Blues have 100% records in the league so far, winning six points from six. They have identical scoring rates, finding the net five times and keeping a pair of clean sheets. That leaves them behind early leaders West Ham United who have scored eight and conceded three. At least one side involved in this match will lose their perfect record but will that be Liverpool, Chelsea or both? We’ll find out on Saturday evening.

Liverpool and Chelsea rank amongst the most famous teams in world football and have each won the UEFA Champions League in recent seasons. They have served up some memorable games over the years, including an eight-goal thriller in July 2020 at this venue when Liverpool won 5-3 in a breath-taking match. Interestingly, the team playing away from home have won the last two meetings, with Liverpool grabbing a 2-0 at Stamford Bridge in September before Chelsea won 1-0 here in March.

Reds are back in business

Liverpool won their first title of the Premier League era the season before last, but their march to glory was delayed by the initial outbreak of coronavirus in the UK. They finally got over the line, but there was to be no title party or open-top bus parade and fans were locked out of Anfield. The defence of their crown didn’t go according to plan either, and the Reds bowed out without a fight. Manchester City won the prize back from the Anfield club without drama, with Liverpool somewhat fortunate to collect a top-four finish.

Fans wanted to see a response from Jurgen Klopp’s team this season, and the Reds have responded in the right way, bagging six points from the first two games. They have maximum points on the board alongside West Ham, Chelsea, Brighton and Tottenham. Which one of the early front runners will be the first to blink and drop points in the title race? The home team opened their account with a convincing 3-0 win at Carrow Road over Norwich City on matchday one. It was a comfortable outing with the goal scored by Jota, Firmino and Salah.

Liverpool made it two from two last Saturday when beating Burnley 2-0 on their Anfield debut. It was another eye-catching performance with the team as strong in defence as they were impressive in attack. They stood firm at the back, creating plenty of chances going forward and playing football that was easy on the eye. Jota added to his tally for the season when striking the opening goal on 18 minutes before Mane got off the mark with a second on 69 to put the game to bed.

Chelsea travel to the home stadium of one of their biggest rivals and challengers for the Premier League title on Saturday evening with a perfect start under their belt. The Londoners travel to Merseyside with six points collected from their first two games thanks to wins over Crystal Palace and London derby rivals Arsenal. Having lifted the Champions League trophy last season under the guidance of manager Thomas Tuchel, it was no surprise to see them picked as one of the pre-season favourites to return to the top of English football in this campaign.

The Blues brought the curtain up on their season with a faultless win over Crystal Palace in the first of a London derby double-header. They enjoyed home advantage over the Eagles that day and made it count, waltzing to the points thanks to a decisive 3-0 victory with the goals coming from Alonso, Pulisic and Chalobah. They did their best work in the second half, but the points staying at the bridge was never in doubt that day, with Chelsea showing exactly what they are capable of this season.

There was more to come from them on week two, and the Blues improved to better old rivals Arsenal at the Emirates Stadium. Mikel Arteta’s side are under increasing pressure, and the Spaniard who once shone in the Gunners’ midfield appears to be on thin ice. Chelsea didn’t spare Arteta a second thought and got down to business, winning 2-0 across the city thanks to goals from Lukaku and James. The exciting thing for fans of Chelsea is there’s plenty more to come from this team as the season gathers pace.

They don’t come much bigger than this. Liverpool versus Chelsea at Anfield in front of a full house with the match shown to a global audience live on television. If you had any remaining doubts regarding British sport’s ability to bounce back from coronavirus, they will be squashed come the first whistle of this match.

The fact both teams have perfect records and believe they are good enough to challenge for the title means we are all set for a fascinating 90 minutes. This match pairs two exciting attacking teams and two strong defences. A draw wouldn’t be the worst outcome for either but expect to see Klopp and Tuchel go for the win. This game will be played at a frantic pace but it’s crucial the players involved hold their discipline as a sending off could prove to be the difference in such a competitive contest.

The pre-match betting odds available at 22bet has Liverpool at 2.475 for the win, or you can back Chelsea at 2.82. The draw trades at 3.38. As well as the match winner market, there are also over 100 specials available, including both teams to score, total goals, handicap, first scorer, correct score and more.

Make sure to bet on Liverpool vs Chelsea with 22Bet!