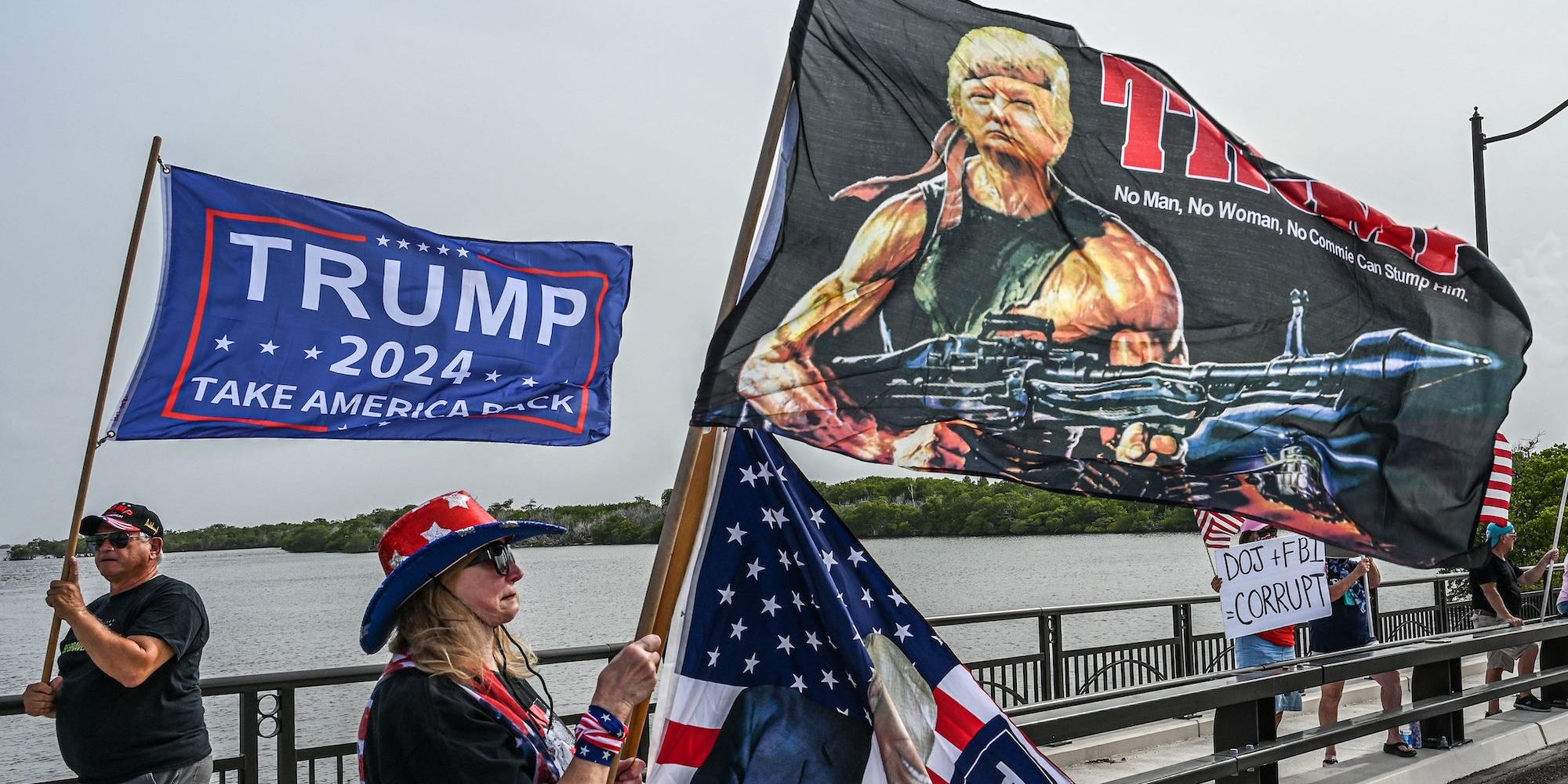 Supporters of former President Donald Trump gather near his residence at Mar-A-Lago in Palm Beach, Florida, on August 9, 2022.

Justice Department prosecutors on Monday asked the court to block all efforts to unseal the Mar-a-Lago search warrant affidavit, warning that public disclosure of information in it and related documents would “cause significant and irreparable damage” to the ongoing investigation.

The DOJ, however, said it would not object to the unsealing of several other related documents in the case, including cover sheets associated with the search warrant application, the government’s motion to seal, and the court’s sealing order.

The FBI last week executed an unprecedented search warrant on former President Donald Trump’s South Florida resort and home, seizing 11 sets of classified documents, some of which were reportedly marked top secret. The raid signifies the increasing legal pressure Trump faces amid a slew of ongoing investigations into the former president.

The government on Friday moved to unseal the search warrant and related documents, inlcuding a summary of the materials retrieved during the search, after Trump himself alerted the world to the raid via a social media message on Monday, August 8 — the day of the search.

“Those docketed items, which had already been provided to the former President’s counsel upon execution of the warrant, have now appropriately been made public,” federal prosecutors wrote in a Monday court filing.

But several news media organizations and other entities have also filed official requests that the court unseal the related affidavit, prosecutors said, a legal document that includes pages of detailed evidence and context previously unseen in the already-released documents.

“There remain compelling reasons, including to protect the integrity of an ongoing law enforcement investigation that implicates national security, that support keeping the affidavit sealed,” DOJ lawyers wrote.

Prosecutors warned that specific facts revealed in an unsealed warrant affidavit could “act as a roadmap of the ongoing investigation.”

Trump’s announcement that Mar-a-Lago was being searched last week revealed that the DOJ is investigating the former president for possible violations of the Espionage Act. The agency is also zeroing in on Trump in its January 6 investigation.

Prosecutors in the Monday court filing said the government had “carefully considered” whether or not the affidavit could be released with redactions, but determined that the redactions required to protect national security and witnesses would “be so extensive as to render the remaining unsealed text devoid of meaningful content.”

One of the primary concerns in keeping the document sealed, prosecutors argued, is the need to protect “highly sensitive information about witnesses.” Revealing specifics about witnesses who spoke to the government in relation to its investigation could also lead future witnesses to forgo cooperation, “knowing that those against whom they testify would be aware of their testimony.”

In a footnote, the government noted that concern about witness protection is not merely hypothetical in light of increased threats and violence against law enforcement personnel in the aftermath of the Mar-a-Lago raid. The search has reignited conservative calls online for civil war and angered a 42-year-old man who was killed by police after attempting to breach an FBI field office in Cincinnati last week.