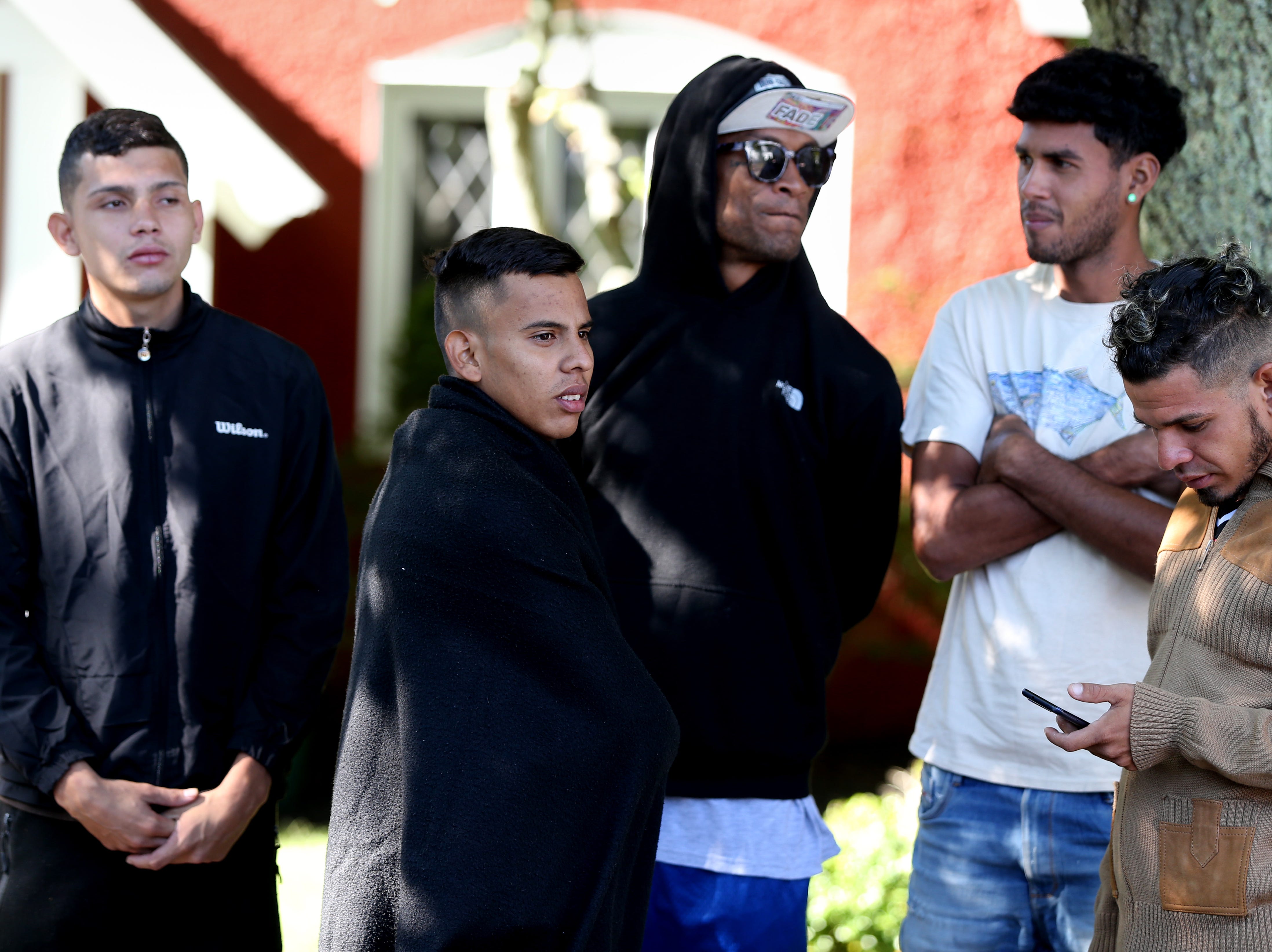 Lawmakers who represent Martha’s Vineyard are urging the Department of Justice to investigate Gov. Ron DeSantis’ transport of migrants to the Massachusetts island, saying the Venezuelan refugees seeking asylum were deceived and their rights were violated.

“Not a single one of them knew where they were going and every one of them was lied to about what would greet them there when they arrived,” state Rep. Dylan Fernandes told Insider Thursday. “If you hop on an Uber that says you’re going to New York and end up in Minnesota, I think that would raise some basic legal questions. I think at a minimum, there should be an investigation into that.”

The Florida Republican governor has taken credit for chartering two planes last week to transport about 50 migrants from San Antonio, Texas, to Martha’s Vineyard, in a stunt to protest President Joe Biden’s immigration policies. He says they went voluntarily, but the migrants filed a class action lawsuit against DeSantis on Tuesday, alleging they were duped only “to advance a political motive.”

They were promised employment and assistance in Boston, but they ended up stranded in the dark on the tarmac on Martha’s Vineyard with nowhere to go.

Fernandes and State Sen. Julian Cyr, in a letter on Wednesday, sent letters to US Attorney General Merrick Garland and US Attorney Rachael Rollins for the District of Massachusetts to investigate the “conduct of all those involved” in the migrants’ transport. Neither responded to a request for comment.

They join other Democrats, including California Gov. Gavin Newsom, who are seeking a federal investigation. In Texas, Bexar County Sheriff Javier Salazar, a Democrat, announced on Monday that he opened a criminal investigation.

Cyr told Insider it’s important to remember that these Venezuelans are fleeing a dictatorship and they had begun the asylum process and were not in violation of immigration laws.

“This political stunt raises real questions as to whether the perpetrators interfered with federal immigration law and due process, violated the rights of asylum seekers,” Cyr said. “One woman described to me that she felt that she had been kidnapped.”

Both Cyr and Fernandez said those who are responsible must be held accountable. They don’t name DeSantis in their letter but they want him to be included in the investigation.

Cyr said he’ll leave it up to the proper authorities to determine what and who they need to investigate but they would “of course” include the governor. “DeSantis I’m sure needs to be part of that investigation…but may not be the only person culpable,” he said.

Fernandez said everyone who was involved should be investigated. As soon as he learned the news, he got on the first boat to Martha’s Vineyard and found people who were “incredibly terrified” and “confused.”

The families were taken to Joint Base Cape Cod, where most of them remain voluntarily, he said.

“I talked with families this week who told me that when they landed in Martha’s Vineyard and opened their phone to see that they were surrounded by water in a place they’d never heard of, that was really traumatic for them,” he said. “Being sent somewhere on a lie, through deception, not only is it morally criminal, but I think raises some legal questions.”

Asked to comment on the lawmakers’ letter, a DeSantis spokesperson referred to the governor’s response on Friday to Newsom’s request for a DOJ investigation.

“All I can say is, I think his hair gel is interfering with his brain function,” DeSantis said then.

Share
Previous 離れていてもドキドキ感を共有。メタバースで「黒ひげ危機一発」が楽しめます
Next Eric Bieniemy has waited long enough to become an NFL head coach Kansas City Chiefs offensive coordinator consistently leads one of the best offenses in the NFL. So why isn’t he leading his own team?

A Walmart store and a Target store. The retail chains are big-box rivals. Bruce Bennett/Getty …