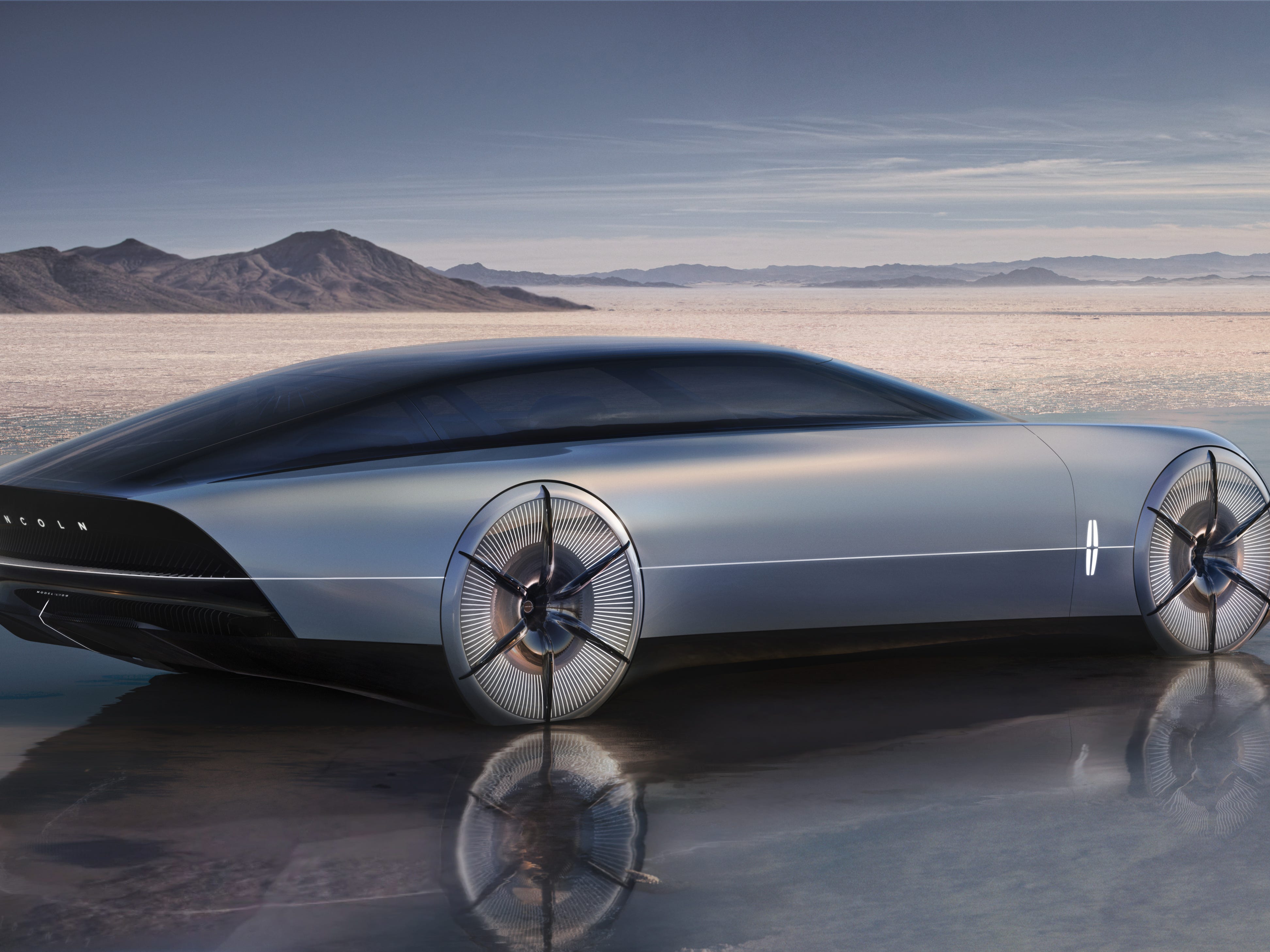 The Lincoln Model L 100 concept is chock-full of connectivity, uses next-generation battery-cell and pack technologies, and allows for seating that users can configure in different ways.

It’s about time Detroit has another one of its iconic auto shows. The Motor City welcomed automakers, industry folks, and showgoers this week to the first major auto bonanza it has held since January 2019.

Typically, the annual North American International Auto Show takes over the city each winter. But a while back, show decision-makers decided to shift it from January to the summer, spicing up the decades-old event with a new — outdoor — mobility component to showcase the new directions the industry is going. The show was set to have its first summer iteration in June 2020, but the pandemic put a stop to that.

This week, the Detroit Auto Show is actually back. It didn’t feature as many debuts as in the past, but for anyone interested in the future of the industry, it was the place to be.

Attendees see their favorite engines — like that of the seventh-generation Ford Mustang — and get a taste of the electric vehicles automakers have been talking about for the past few years.

Check out the future of autos from makers like Ford, GM, and Toyota at the auto show in Detroit. Here’s 11 cars to see: 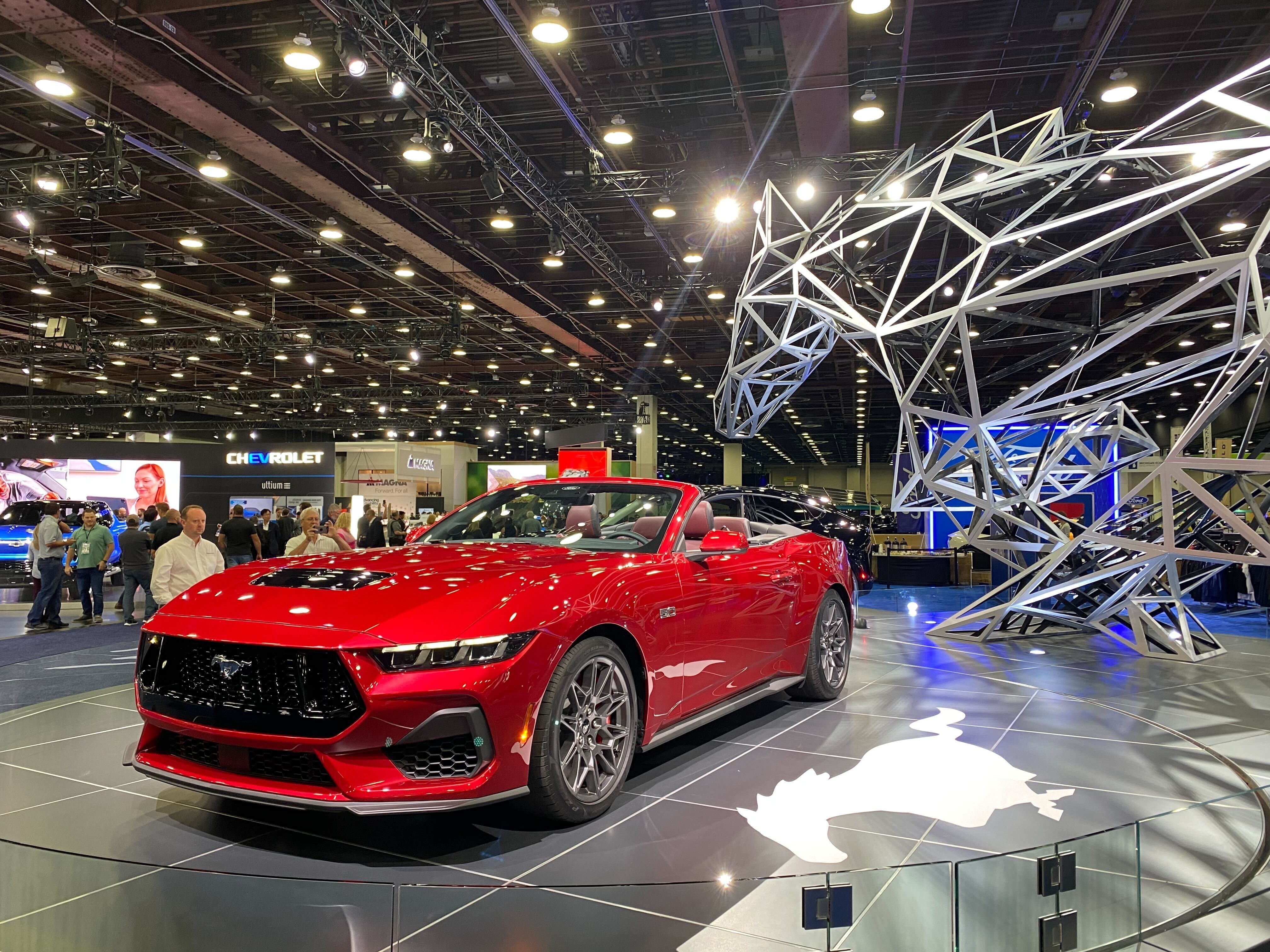 Ford made a splash with its all-electric Mustang Mach-E SUV. But the automaker knows there’s still an appetite for a gas-powered pony car.

With Dodge discontinuing the iconic Challenger and GM ending the Camaro’s run, Ford’s hoping the latest iteration of the Mustang will have the road all to itself. Revealed on September 12 just ahead of the show, the 2023 Lincoln Corsair features a hands-free advanced driver-assistance system, the Lincoln ActiveGlide 1.2. This includes features like lane-change assist, intersection assist, predictive-speed assist, and in-lane repositioning, which works at up speeds of up to 80 mph.

The Corsair got a refresh to its grille, an update to its daytime running lamps, and a more spacious front-row configuration, among other tweaks.

It will be available with a 2.0-liter turbocharged four-cylinder gas engine, and as the 2.5-liter plug-in hybrid Corsair Grand Touring. 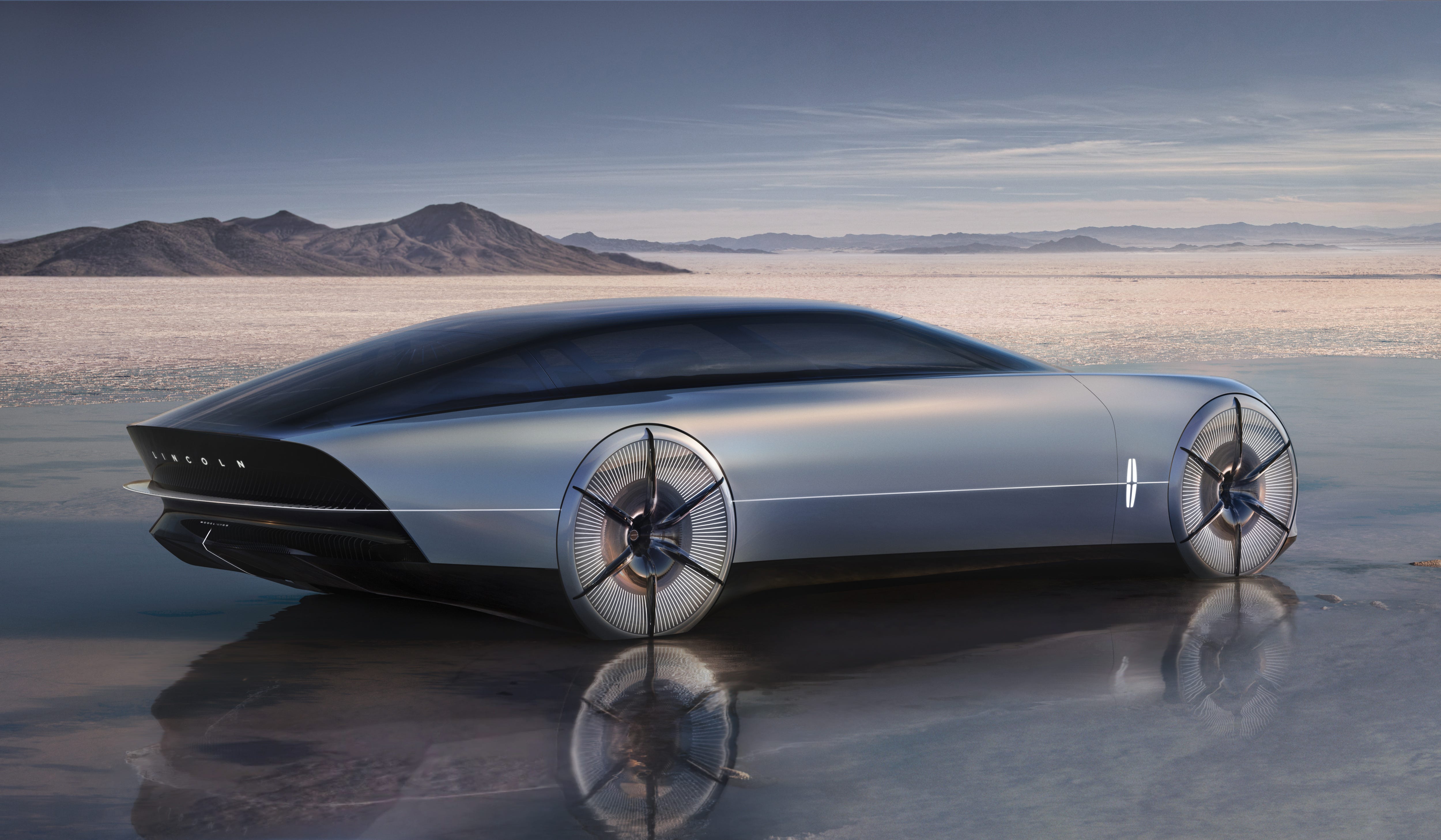 Ford’s luxury brand unveiled this electric-and-autonomous-vehicle concept at the Pebble Beach Concours d’Elegance last month. Consumers now get to take a look at the vehicle, Lincoln’s homage to the 1922 Model L, in Detroit.

It’s chock-full of connectivity, uses next-generation battery-cell and pack technologies, and allows for seating that users can configure in different ways.

Lincoln said the Model L is “a concept with aero-influenced styling and advanced technology that creates the immersive interior sanctuary of tomorrow.” 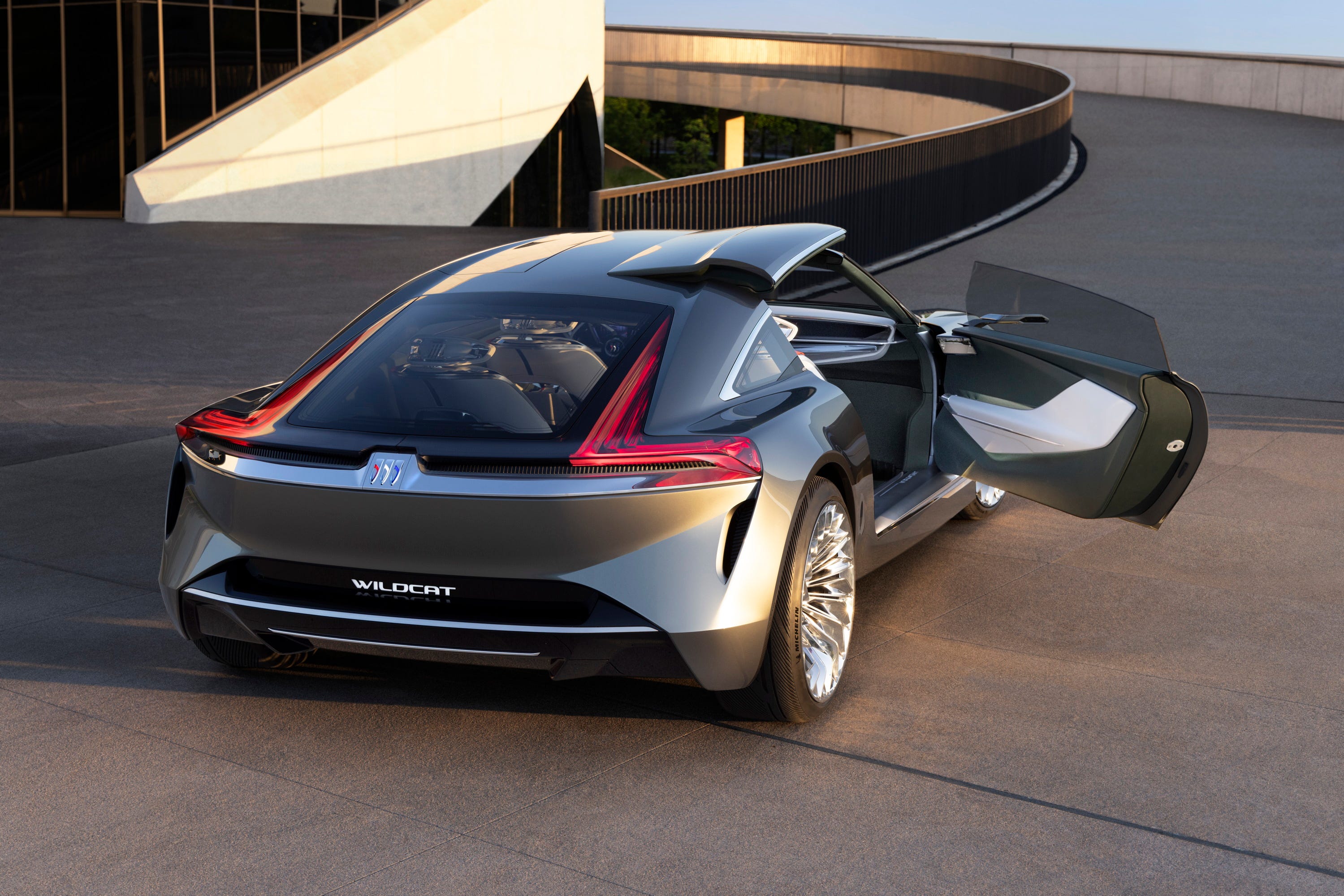 Unveiled back in June, the Wildcat’s now on display in its hometown.

The windshield for this concept wraps around the front of the vehicle and flows into the side glass.

Buick plans on evolving its vehicles to include more futuristic features using AI, biometrics, and aromatherapy. 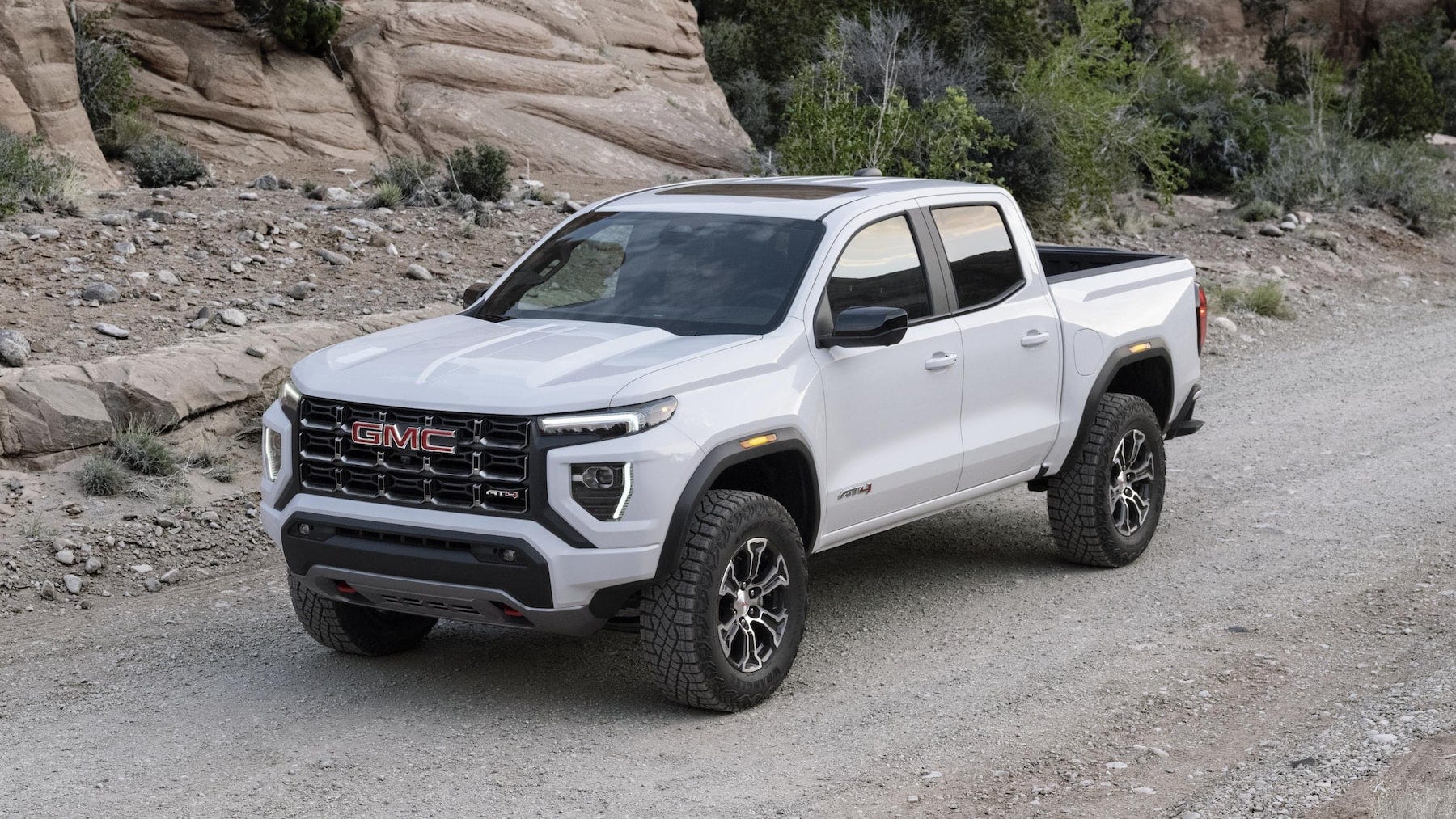 GMC unveiled the next generation of its Canyon midsize pickup last month.

The AT4X trim has been added to the Canyon lineup, providing more advanced off-roading performance and capabilities. This gives the vehicle 310 horsepower, 430 pound-feet of torque, and a towing capacity of 5,500 pounds. Toyota reimagined its Crown and brought it back to the US in July.

Shown at the show, it’s the first of the maker’s sedans to offer its HYBRID MAX system, an all-new performance setup available only with its Platinum-grade offering. The Crown can also be ordered with the fourth-generation Toyota Hybrid System for all three grades: the Platinum, XLE, and Limited.

The Crown also has a raised height about four inches higher than the Camry, providing increased road visibility. 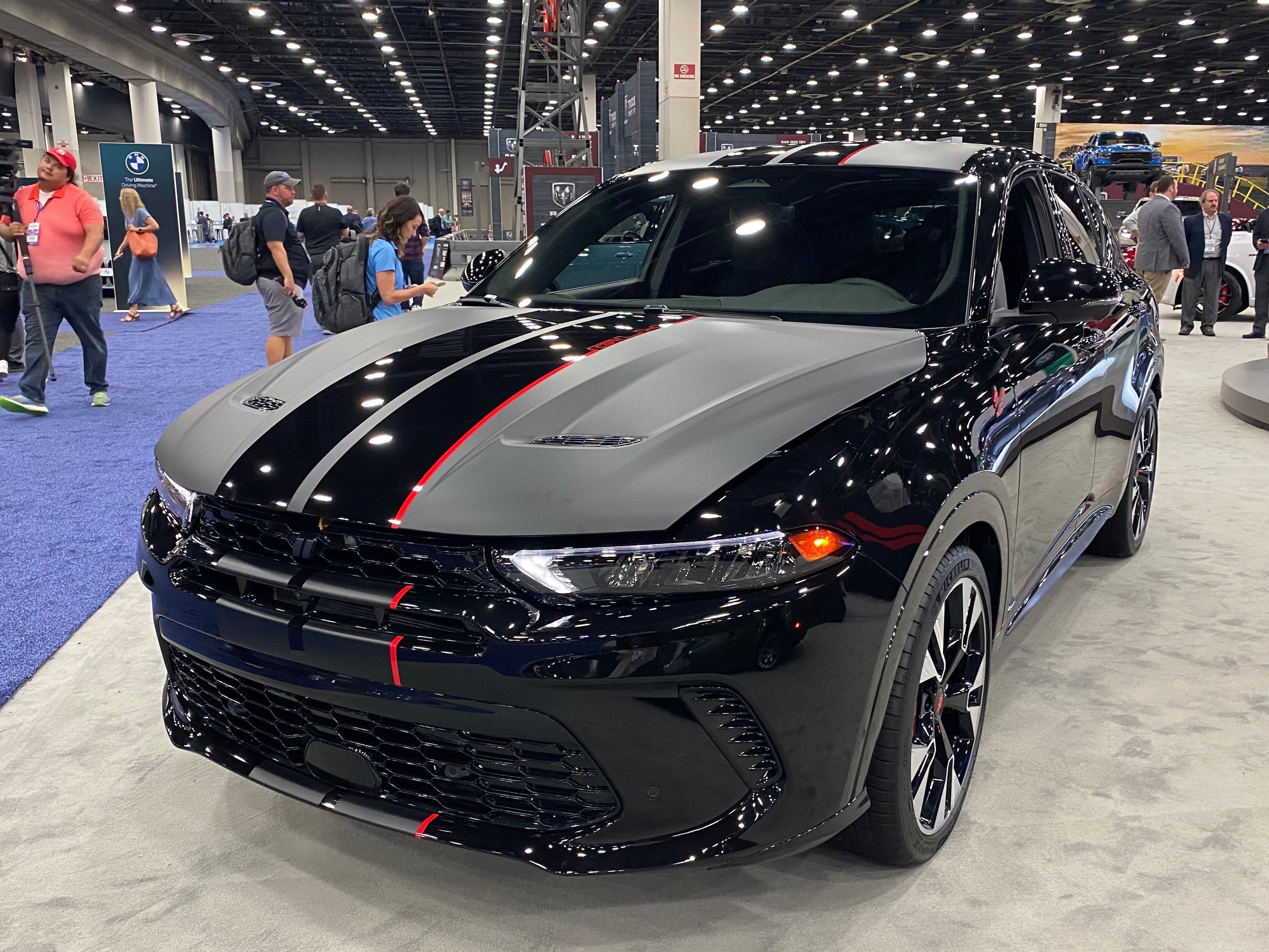 This concept is the brand’s way of bridging the Hornet with one of its most well-known heritage models.

The concept’s chassis has lowering springs that bring its center of gravity down, according to the automaker. This increases body control, reduces roll, and gives a more “aggressive stance.”

The compact car has an inline four-cylinder engineer and a turbocharger. 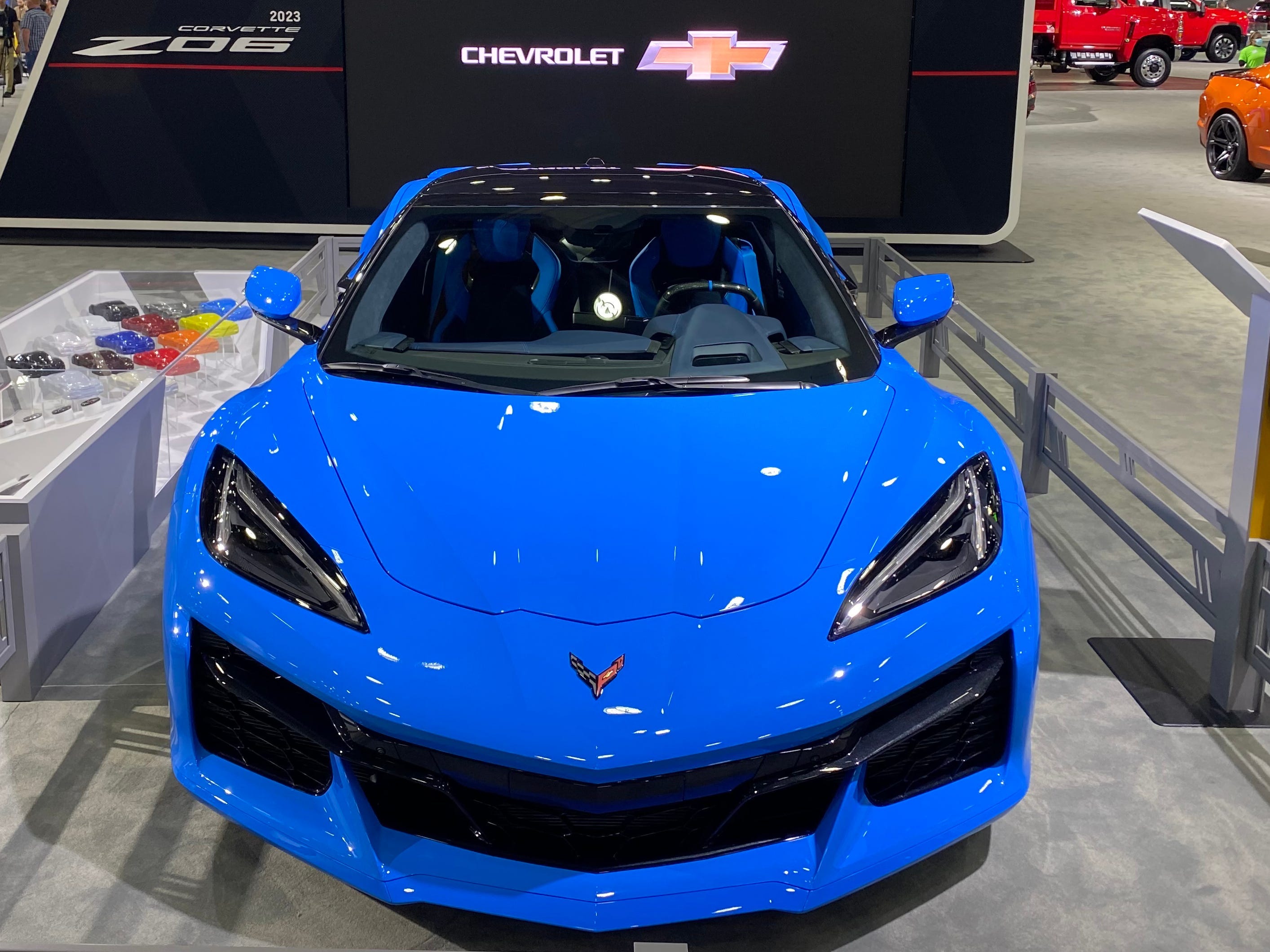 The exterior of the Corvette Z06 is an eighth-generation mid-engine architecture and design.

It has wider fenders, quarter panels, and front and rear fascias for grip and handling benefits. It also has an optional front-lift system that raises the front of the vehicle almost 2 inches to clear low obstacles.

The convertible, which went on sale this summer, goes from 0 to 60 miles per hour in 26 seconds. It has a V8 engine and 670 horsepower. 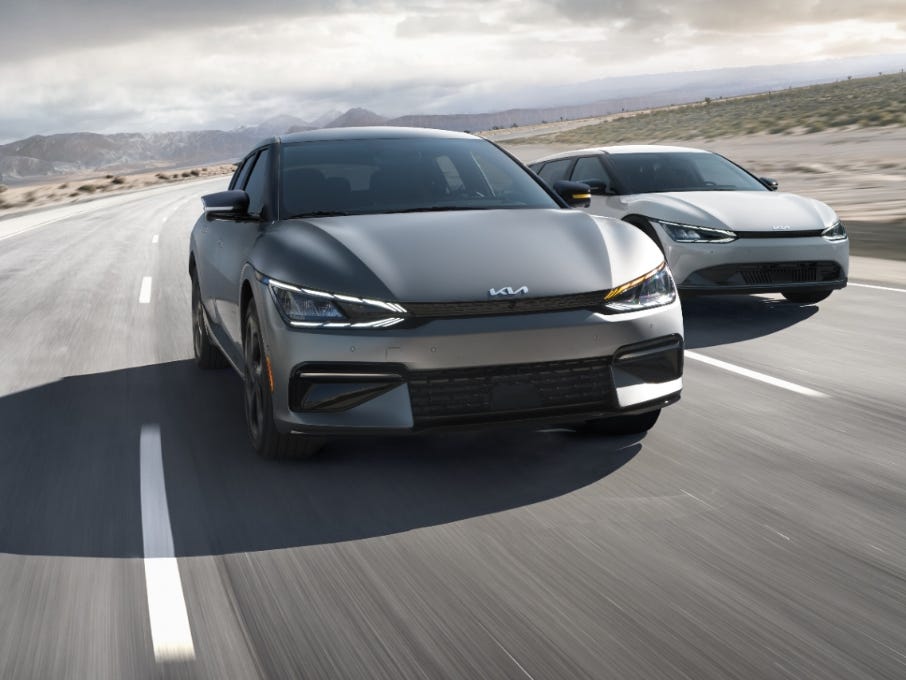 The EV6 was displayed as a 2023 North American Car and Truck of the Year semifinalist.

It’s an all-electric crossover with about 310 miles of range and starts at around $41,400. It comes equipped with the Kia Drive Wise driver-assist technology.

There are several versions of the EV6, including the Light and Wind rear-wheel-drive trims, a Wind electric all-wheel drive trim, the GT-Line RWD and e-AWD trims. 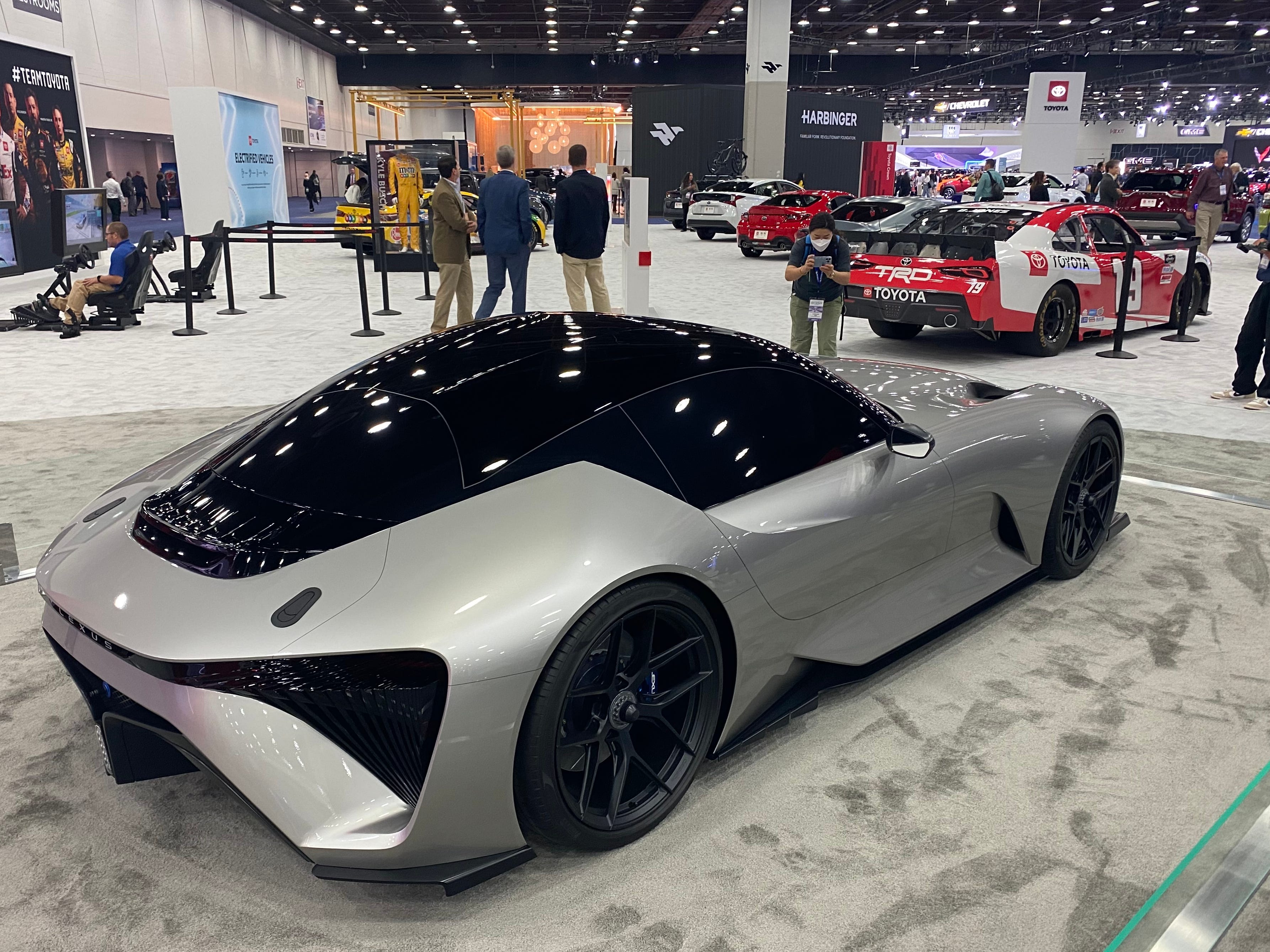 The luxury automaker showed off its first EV, the RZ 450e. The company says the car marks its first step into its all-electric future.

Its eAxle integrates the vehicle’s motor, transaxle, and inverter within a compact unit, benefiting cruise range and enabling a spacious interior.

The DIRECT4 all-wheel drive system improves start-up acceleration and handling stability, and allows for low power consumption. The vehicle can go about 225 miles on a single charge. 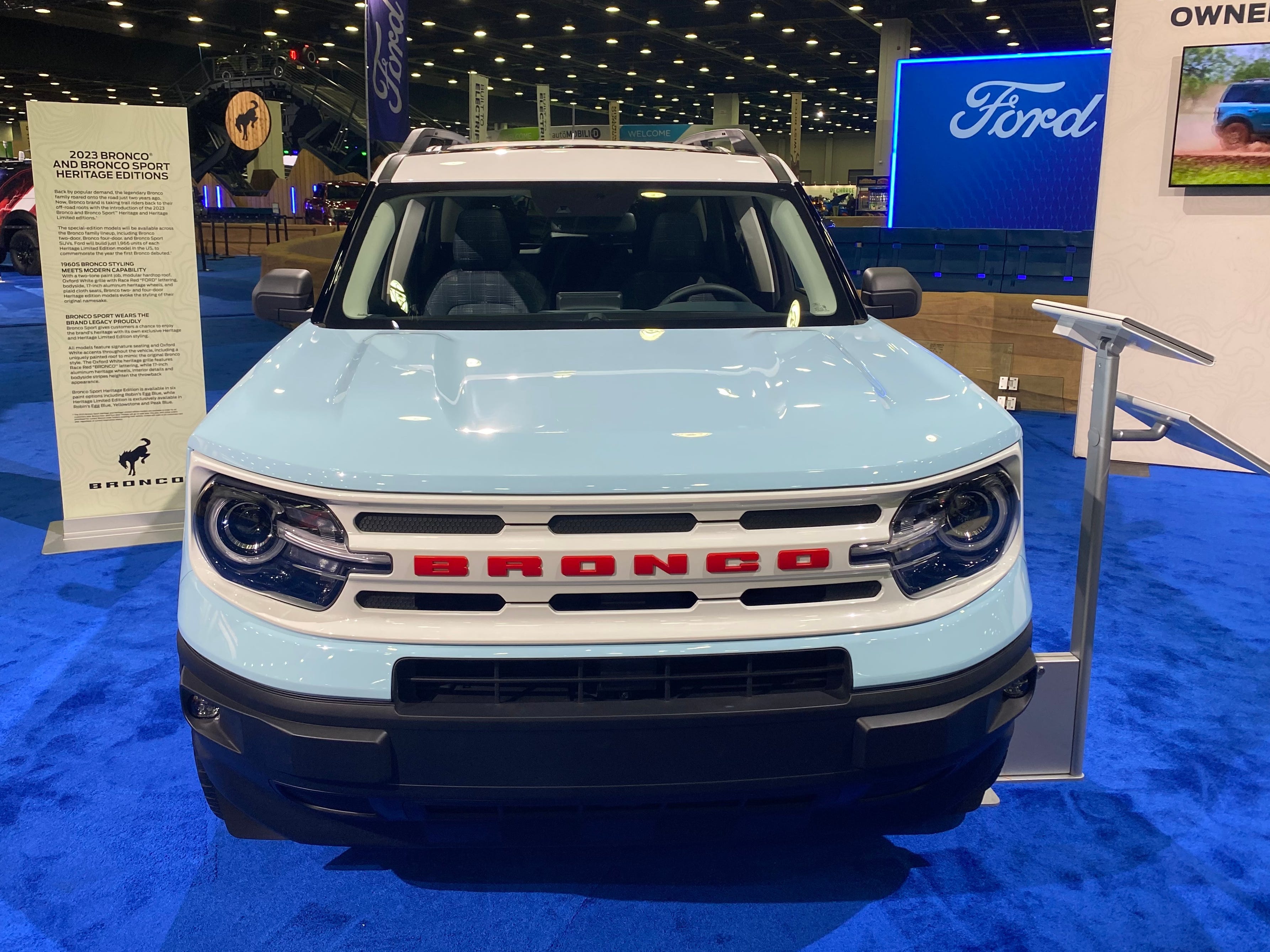 Ford is tapping into its customers’ sense of nostalgia with the heritage edition of the smash-hit Bronco.

Ford will build just 1,966 units of each Heritage Limited Edition model to commemorate the year of the original Bronco’s debut.